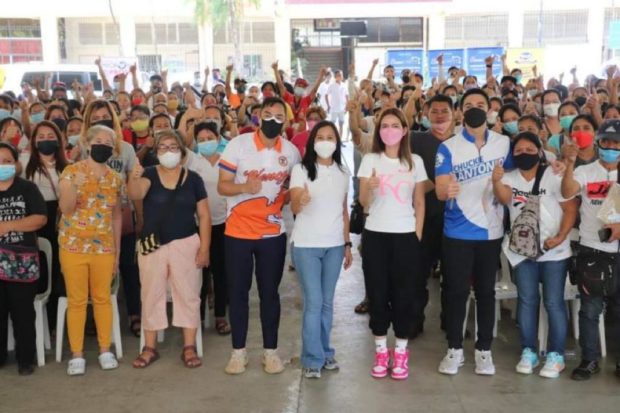 MANILA, Philippines — To mark the celebration of this year’s International Women’s Month, the Quezon City government has relaunched Men Opposed to Violence against Women Everywhere (MOVE) to help address gender-based violence in the city.

Mayor Joy Belmonte said QC MOVE aims to invite more men to join the city’s chapter, and become active participants in eliminating violence against women or VAW. In the same speech, she declared that following multiple reports of sexual harassment in City Hall, the city shall adopt  a zero tolerance policy against all forms of violence, abuse and sexual harassment in the LGU.

In 2021, the city’s barangays received 3,981 reports of cases of physical and verbal abuse as well as sexual harrasment against women, as reflected in data from the city’s Gender and Development Council.

During the launch, Vice Mayor Gian Sotto was also named as the honorary chair of QC MOVE for his office’s role in the swift dispensation of justice for a female employee who was sexually harassed by her male boss. Move members shall vow “never to commit, never to condone, and never to remain silent about VAW.”

As of  last year, MOVE has been organized in 73 chapters nationwide including in national government agencies and local government units.

Other interventions of the city to address VAW are the establishment of the QC Protection Center and the Bahay Kanlungan, a  temporary shelter for women, children and LGBTQIA+ who are victim-survivors of violence and abuse.

Abuse victims can ask for help via 911