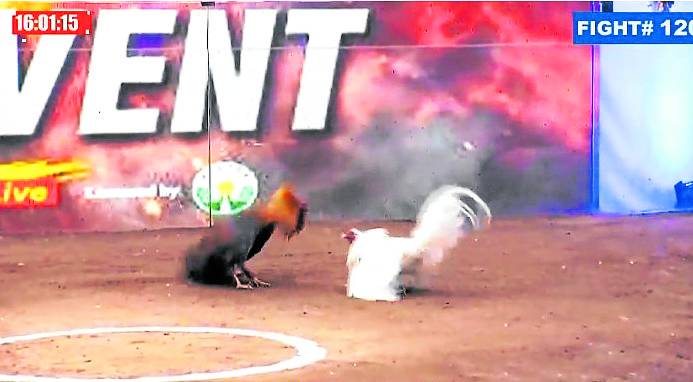 MANILA, Philippines — Executive Secretary Salvador Medialdea has ordered concerned government agencies to look into to the disappearance of 31 “e-sabong” or online cockfight enthusiasts.

In a memorandum dated March 8 and was released to reporters on Wednesday, Medialdea ordered the Philippine National Police (PNP) and the National Bureau of Investigation (NBI) to look into the disappearances and submit their findings within 30 days.

“In view thereof, the Philippine National Police (PNP) and the National Bureau of Investigation (NBI) are hereby directed to conduct a thorough investigation on the disappearances, and to submit its finding to the Office of the President and the Department of Justice within thirty (30) days from the issuance of this order,” the memorandum reads.

Medialdea likewise tasked the Philippine Amusement and Gaming Corporation (Pagcor) to investigate any violation of e-sabong licensees and ensure their compliance with security and surveillance requirements.

“PAGCOR is also directed to conduct an investigation for any violation of its e-sabong licensees under their existing terms of the agreement, and to ensure the compliance with the security and surveillance requirements under its Regulatory Framework for E-Sabong Off-Cockpit Betting Station, particularly the installation of CCTV (closed-circuit television) systems in e-sabong gaming sites, among others,” the memorandum stated.

In an earlier hearing in the Senate, Senator Panfilo Lacson noted that the common denominator in the disappearances of the 31 cockfighters was the absence of CCTV videos.

Meanwhile, PNP public information office chief Brigadier General Roderick Augustus Alba assured that the agency is on top of the probe and will comply with the deadline.

“As we have stated during the Senate inquiry on the missing cockfight gamers, rest assured that the PNP is on top of the investigation. The probe of the cases has been ongoing and important pieces of evidence continue to be gathered,” Alba said in a statement.

“Pursuant to the President’s directive, the PNP reiterates its commitment to meet the 30-day period for the submission of the case findings,” he added.

The Senate early this month transmitted to Malacañang and Pagcor its resolution, seeking for the suspension of e-sabong operations in the country.

Medialdea, however, said e-sabong operations will continue, pending results of the investigations.