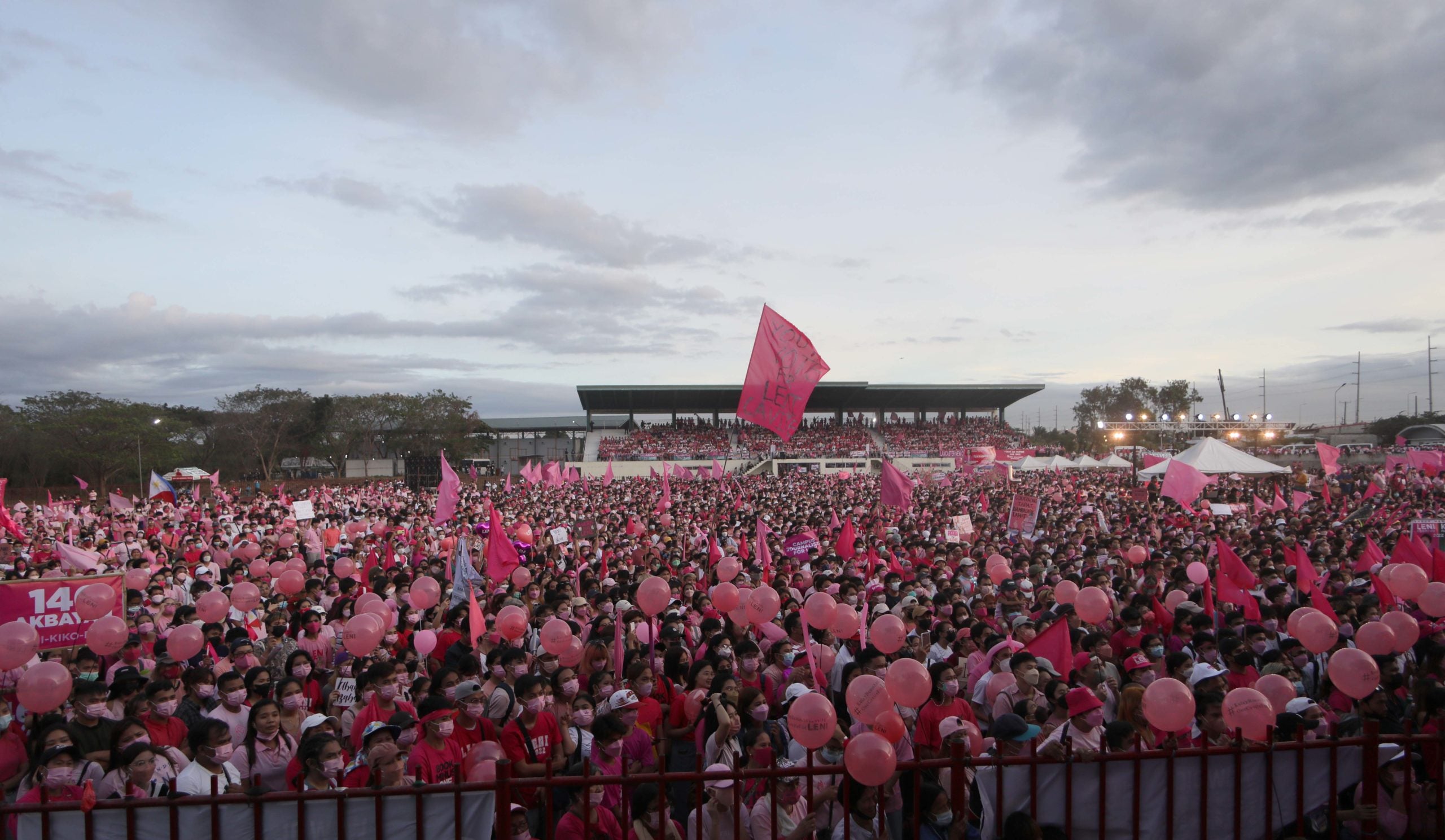 More than 30,000 supporters of Vice President Leni Robredo, many of them from the youth sector, filled the General Trias Sports Park in Cavite in a flurry of pink, at the presidential aspirant’s Grand Rally in Cavite on Friday, March 4, 2022. (VP Leni Media Bureau)

MANILA, Philippines — The spokesperson of Vice President Leni Robredo on Sunday denied allegations that supporters who join her campaign rallies are being paid.

In the Biserbisyong Leni prgoram on DZXL, Robredo’s spokesperson Barry Gutierrez said several people have posted over social media and mentioned in interviews that they voluntarily attended the Vice President’s grand rally at the General Trias Sports Park in Cavite on Friday.

He noted it was even Robredo’s supporters who sometimes paid the printing of campaign posters and t-shirts. Robredo is running for president in the upcoming elections.

(People really walk to the venues. They voluntarily go there. We don’t pay them to attend these rallies.)

(Maybe other politicians are used to paying people so that they will attend their rallies. So they are thinking that it is the only way for people to attend their political rallies.)

On Saturday, Cavite 7th District Rep. Jesus Crispin “Boying”  Remulla claimed that those who attended a  campaign rally in General Trias on Friday were paid P500 each.

The Remulla brothers in Cavite have earlier expressed support for the presidential bid of former senator Ferdinand “Bongbong” Marcos Jr.

Gutierrez said some critics are just creating stories against Robredo.

(I cannot understand… What I think is they cannot find anything else to throw against her. There is no other criticism that can be thrown except these made up stories that are not valid issues in the first place.)

He also noted that the allegation against Robredo’s camp that people are being paid to join caravans surfaced as early as last year but has been proven false.

Gutierrez further pointed out that people who were paid by candidates to attend their respective campaign rallies would immediately leave after receiving cash. But in Robredo’s case, her supporters stayed until the end of the programs.

(It is overwhelming. You can see that people are waiting. They are waiting until the end of the program. No one leaves.)

Around 47,000 supporters welcomed Robredo at the grand rally of her team in Cavite, according to her camp. Gutierrez said they did not expect this level of support.

(We did not expect it to happen. We are praying that there will be support from ordinary Filipinos but no one expected this level of support.)

(Even VP Leni said it many times, right? She did not expect this level of support, excitement and energy from her supporters from different areas.)