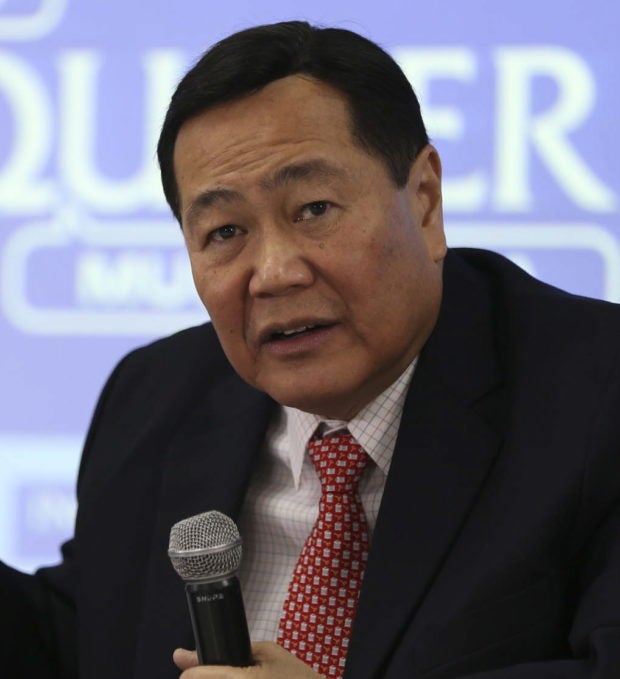 MANILA, Philippines — The Philippines’ next highest leader should protect the marine wealth of the country in accordance with the president’s constitutional duty, former Senior Associate Justice Antonio Carpio has said.

“The Constitution clearly and expressly mandates and I quote: ‘State shall protect its marine wealth in its exclusive economic zone and reserve its use and enjoyment exclusively to the Filipinos,'” Carpio said in an online conference of Stratbase Albert del Rosario Institute on Monday.

“The president who is the commander in chief of the Armed Forces of the Philippines has the constitutional duty to implement this provision which mandates the protection of the country’s exclusive economic zone,” he stressed.

According to Carpio, the country’s next president will also have an “enormous benefit from wisdom from hindsight” in dealing with the West Philippine Sea issue.

He noted that the domestic and international events since the 2016 arbitral award that favored the Philippines in its claims in the West Philippine Sea are “rich sources of lessons” that the next president can learn.

Meanwhile, Carpio noted that the president is also the chief architect of the foreign policy and has control and supervision over the Department of Foreign Affairs.

“How should the president fulfill his constitutional duty as chief architect of our foreign policy and as commander in chief of the Armed Forces with respect to the protection of our exclusive economic zone in the West Philippine Sea in the light of the landmark arbitral award of July 12, 2016 and subsequent events in world geopolitics? I propose two courses of action,” said Carpio.

The first recommendation of Carpio is for the Philippines, Vietnam, Malaysia, Indonesia, and Brunei—five states in the Association of Southeast Asian Nations (ASEAN) adversely affected by China’s nine-dash line—to initiate a voluntary arbitration “to settle the remaining maritime disputes among them in the South China Sea.”

READ: The territorial dispute in the Spratlys

“Second, once the voluntary arbitration is concluded, the ASEAN coastal states can then enter into a convention, declaring that in the exclusive economic zones and the extended continental shelves of these ASEAN coastal states, as set forth in their arbitral award, there is freedom of navigation and overflight for merchant and military vessels and aircraft without need of prior notice or consent from the adjacent,” said Carpio.

According to Carpio, the majority of Filipinos also want the arbitral ruling to be observed and imposed.

“The Filipino people understand that all the fish, oil, gas, and other mineral resources in our exclusive economic zone in the West Philippine Sea belong exclusively to the Philippines. This is in fact clearly stated in the Philippine constitution, and affirmed fully in the arbitral award,” the retired Justice said. Jericho Zafra, INQUIRER.net trainee