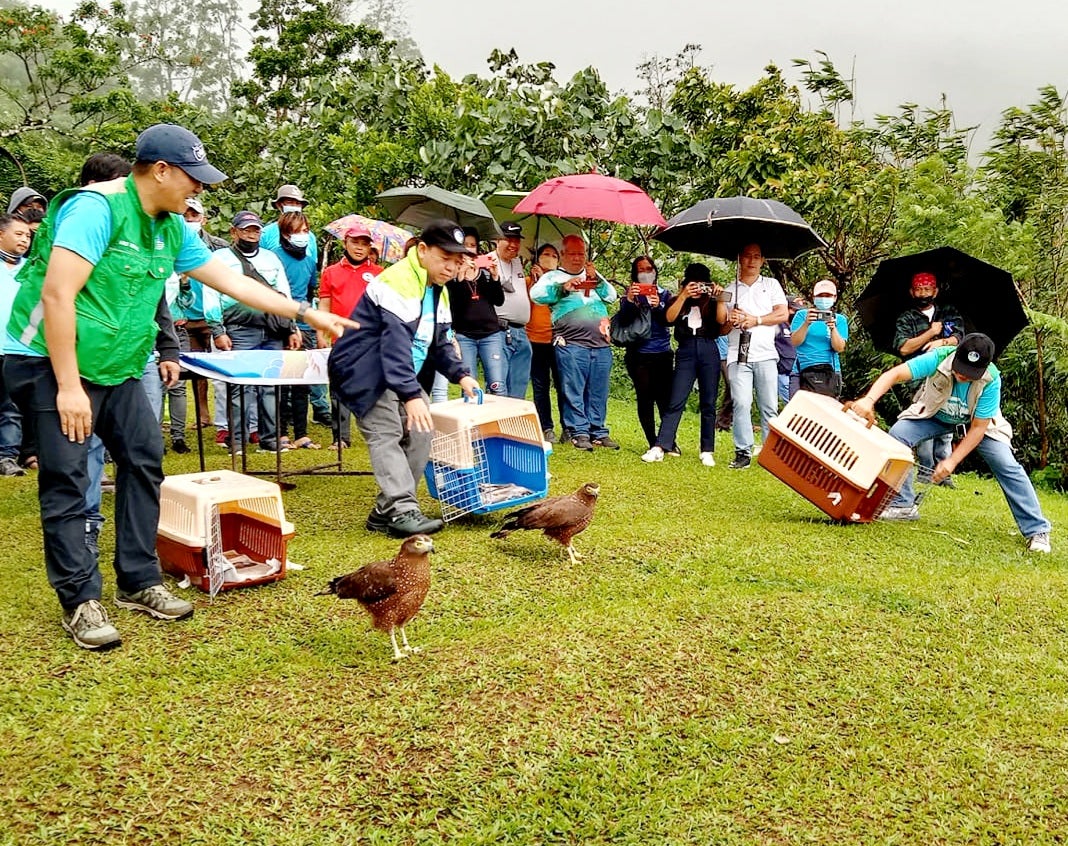 DENR and Albay Parks and Wildlife officials free three Philippine serpent eagles on Mount Masaraga in Ligao City, Albay. The eagles were captured by residents in Albay, Sorsogon and Camarines Sur but were turned over to authorities. Photo from DENR Bicol

LIGAO CITY — Officials from the Department of Environment and Natural Resources (DENR) and veterinarians from Albay Parks and Wildlife have released on Thursday, March 3, three Philippine serpent eagles (Spilornis holospilus) at Mount Masaraga in this city, in time for World Wildlife Day.

“The eagles that were set free were accidentally captured by residents from Albay, Sorsogon, and Camarines Sur provinces. Before the release, they were treated several months ago at Albay Parks and Wildlife, which served as a rescue center,” Francisco Milla, DENR Bicol chief, told The Inquirer in a phone interview.

Milla said with the release of the eagles, they expected its population to multiply, balancing and restoring the ecosystem.

“I am happy and commend the public for saving and turning over these endangered species. This is the result of a massive information dissemination campaign on taking care of wildlife and its environment,” he said.

He also asked the public to continue supporting the DENR programs to protect nature.

The Philippine serpent eagle is found in forest clearings, open woodlands, and sometimes cultivated lands with scattered trees in most major islands of the country, except Palawan. The species is endemic in the Philippines.