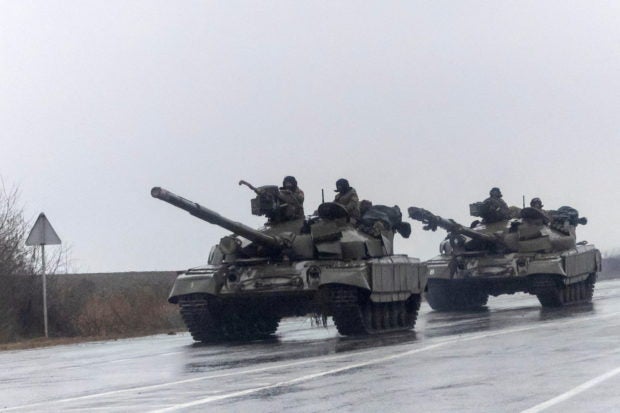 DAVAO CITY, Davao del Sur, Philippines — The Philippines should be “neutral” and only make a stand if its “interest is at risk,” vice presidential candidate Sara Duterte-Carpio said Monday about the conflict between Ukraine and Russia.

Asked about the possible implications of the conflict to the country, particularly the looming rise in the price of commodities, Duterte-Carpio said she would make a stand if pushed against the wall.

“If it is a matter of making a stand, if I were the president, then I would be at first neutral until I am pushed against a wall to make a decision for the country,” she said.

Shifting to another foreign policy issue, Duterte-Carpio said she would approach the country’s dispute with China in the West Philippine Sea with diplomacy.

“Always with diplomacy, All things with diplomacy. The Philippines is a developing country. We are not a superpower. Every issue, every international issue and conflict we are in, we should use diplomacy,” Duterte-Carpio said.