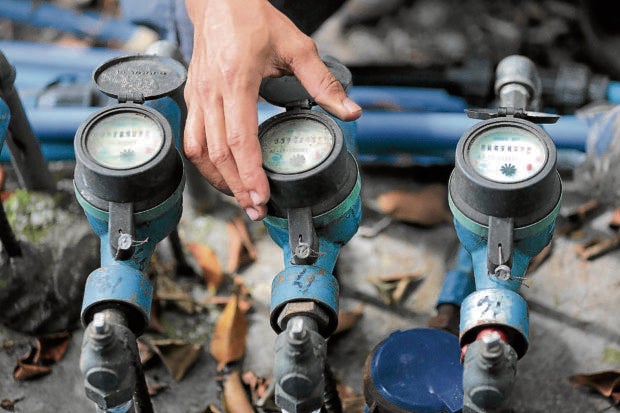 MANILA, Philippines — The Metropolitan Waterworks and Sewerage System (MWSS) Regulatory Office on Monday announced that it would penalize water concessionaire Maynilad Water Services Inc. for the unwarranted water interruptions it caused to its customers.

Patrick Ty, the chief regulator of MWSS, said in a briefing that Maynilad would have to shoulder a financial penalty and partially refund those who were affected.

These rebates must be reflected in their water bills by April, added Ty.

The MWSS is still determining the amount of the penalty it would slap on Maynilad, adding that it is harder to double-check the number of customers affected by the water interruptions and the number of hours wherein customers did not get any water supply as compared to cases of water shortages.

Ty noted, however, that the penalty will run “in the millions” but would be smaller than the penalty imposed on Manila Water in 2019 at P1.15 billion.

Under the concessionaire agreement, service providers are given 15 days to resume normal operations if public health and welfare are affected.

Affected were the cities of Muntinlupa, Las Piñas, Parañaque, Pasay, Bacoor, Imus, and Cavite, as well as the municipalities of Noveleta and Rosario.

Maynilad earlier said the interruptions were unavoidable because of the algae growth that blocked water intake lines and increased sediment in its Putatan water treatment plant.

MWSS, however, said that “the excuse is not acceptable.”

“Our findings showed that it is within the design parameters of the Putatan water treatment plant [to address the problem]. The excuse is not acceptable and that’s why we are penalizing them,” Ty said.

MWSS to penalize Maynilad for water supply interruptions; customers to get rebate by April