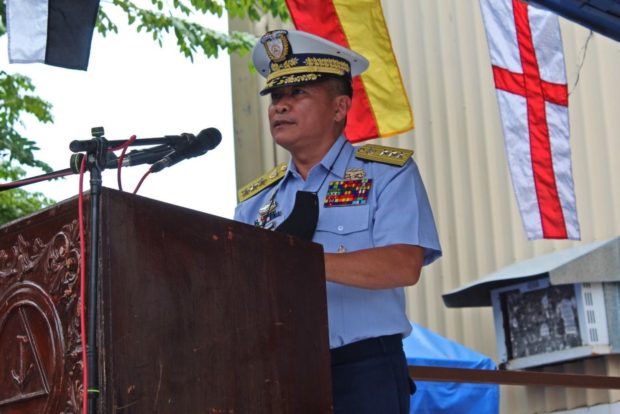 “We are confident that CG Vice Admiral Abu will steer the PCG to greater heights in the performance of its mandate towards maritime law enforcement, maritime search and rescue, marine environmental protection, and maritime safety and security,” Cabinet Secretary and acting presidential spokesman Karlo Nograles said in a statement. 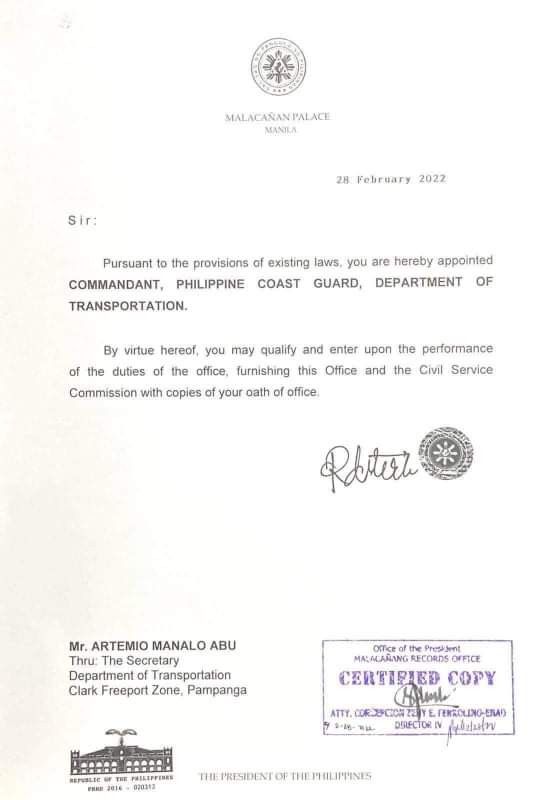 Abu, a member of the Philippine Military Academy (PMA) Class of 1992, will replace Admiral Leopoldo Laroya, who retired this month after 38 years of service.

Abu, who will serve as the 29th PCG commandant, was commander of the Maritime Services Command and task force commander of the PCG Task Force Kaligtasan sa Karagatan prior to his latest appointment.

He was also Commanding Officer of various PCG ships where he earned the most coveted “Command at Sea” badge.

“All units that CG Vice Admiral Abu commanded, both ashore and afloat, received the distinction as ‘Best Unit of the Year’ at the national level,” the PCG said.