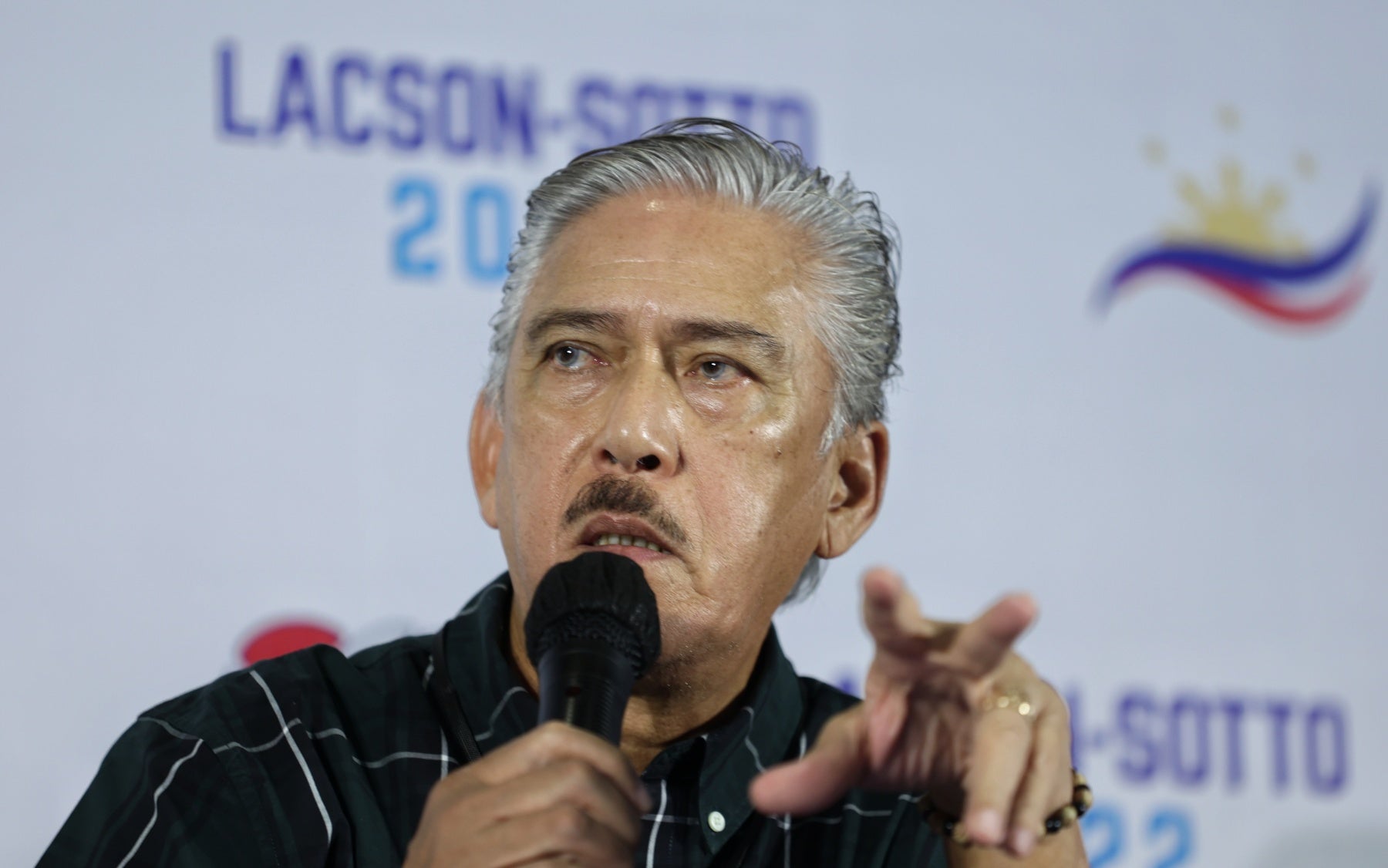 MANILA, Philippines — Vice presidential candidate and Senate President Vicente Sotto III kept his form and did not crack under pressure when he was questioned by a number of his opponents during Saturday’s vice presidential debates organized by CNN Philippines.

Despite a number of baseless allegations hurled against him, Sotto calmly rebutted based on facts rather than just issue motherhood statements.

First to challenge Sotto was Dr. Willie Ong, the running mate of Manila Mayor Francisco “Isko Moreno” Domagoso, who asked why senators did not appropriate funds under the Bayanihan to Heal as One Act or Bayanihan 1 for putting up an infectious disease hospital amid the COVID-19 pandemic.

Sotto replied Bayanihan 1 “was crafted specifically to address the problem of those who will be victims of the lockdown” as hundreds of thousands of the country’s workers were expected to lose their jobs or cannot report for work due to the strict community quarantines.

The debates heated up when Walden Bello, the running mate of labor leader Leody de Guzman, hit Sotto because “he (Sotto) tries to portray himself as independent of the Duterte administration, that is not true” especially when it comes to government policies.

In a calm manner, Sotto rebutted each allegation squarely.

“Why don’t you ask Senator de Lima herself? Because I didn’t allow her to be arrested in the Senate. That’s one thing. Now, all the bills and all the laws that former Cong. Bello mentioned are all for the benefit of the Filipino people. Anti-terror law, bakit gusto mo ba kampi tayo sa terrorist? Hahayaan natin sila ganun na lang. Foreign investments bakit ayaw natin makarecover ang ekonomiya? Ano nakasadlak na lang tayo, bagsak na lang?

(Why don’t you ask Sen. de Lima herself? I didn’t allow her to be arrested in the Senate. That’s one thing. Now, all the bills and the laws that former Cong. Bello mentioned are all for the benefit of the Filipino people.  Anti-Terror Law, do you want that the government sides with the terrorists? We just allow them, is that it? Foreign investments, do you not want our economy to recover? Shall we not revive our dying economy?),” Sotto said.

He added: “And I don’t think it’s wrong if I am a friend of the President, as long as the Senate is independent. Ang lahat na ipinasa namin sa Senado kahit na pandemic I was never absent, never late. Kahit na to the detriment of my health wala akong pakialam because I was doing my job. I only rely on Psalm 91, that’s it.

(And I don’t think it’s wrong if I am a friend of the President, as long as the Senate is independent. All the measures we passed in the Senate amid the pandemic, I was never absent, never late even if it is to the detriment of my health I don’t care because I was doing my job. I only rely on Psalm 91, that’s it).

Bello also accused Sotto as wanting “to invite” US forces to help the country in its maritime row with China.

Sotto said he was taken out of context as he never said in any part of the debates that “he is going to invite the United States to oppose China” on the issue of the West Philippine Sea as claimed by Bello.

“I never said invite, I never used the word invite, wala akong sinabi. You follow the agreement that we have. We have a treaty, we have an agreement, once pinasok tayo ng foreign kahit hindi ng China, kahit sinong foreign may aggression sa atin and if they do that in the maritime zones that I am saying na dapat ating markahan, papasok ang Mutual Defense Treaty, and the US have already said that. Yun ang batas, yun ang agreement, yun ang treaty.

“I never said invite, I never used the word invite. You follow the agreement that we have. We have a treaty, we have an agreement, once foreigners invade us, even if its not China, and if they do that in the maritime zones that I am saying we should mark, the Mutual Defense Treaty will come in, and the US will have already said that. That is the law, that is the agreement, the treaty,” Sotto said.

A Facebook user who goes by the name Antonio Modesto Aquino said Sotto did no lose his composure even when attacked by his opponents.

“If I may say so, you project a very confident and composed yet humble demeanor and your instantaneous responses prove how knowledgeable you are about the subjects at hand…Rather than just issue motherhood statements, your more detailed facts and figures clearly show your experience, performance, and tract record, which indicates your readiness for the position,” Aquino said.

“Kudos to you on your very convincing performance, Mr. Vice President! Praise and thank God!” he added.