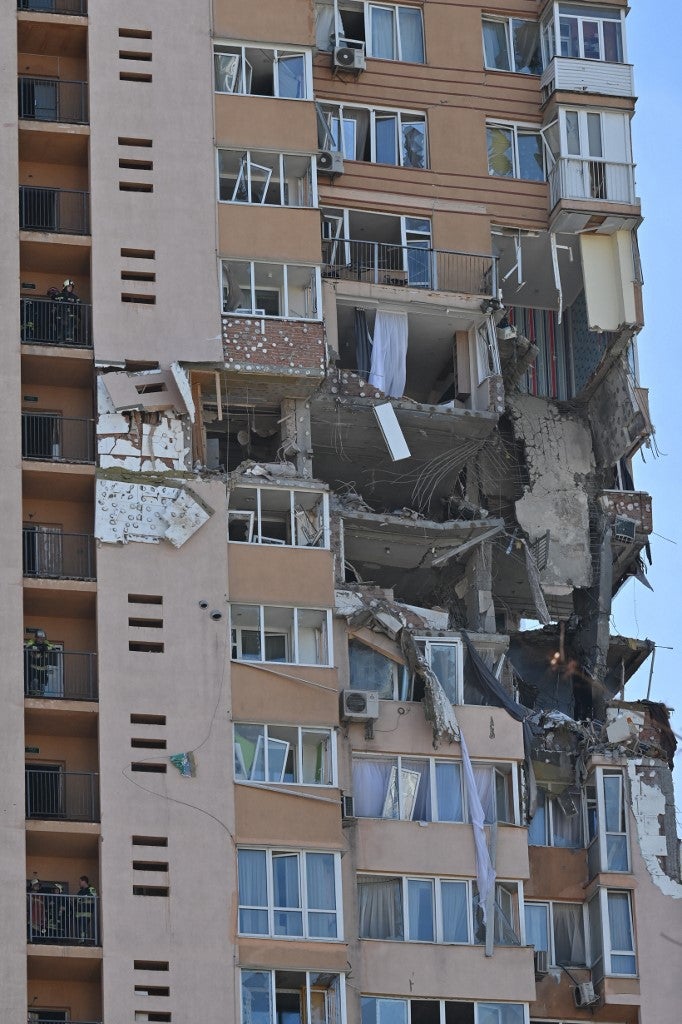 A view of a high-rise apartment block which was hit by recent shelling in Kyiv on February 26, 2022. (Photo by GENYA SAVILOV / AFP)

KYIV, Ukraine — A high-rise apartment block was hit by a missile overnight in Kyiv as fighting raged between Russian attackers and Ukrainian forces, officials said Saturday.

Emergency services said the number of victims was “being specified” and that an evacuation was underway.

They posted a picture online of the tower block with a hole covering at least five floors blasted into the side and rubble strewn across the street below.

Kyiv Mayor Vitaly Klitschko wrote online that the building had been hit by a missile.

He said in a video that the night had been “difficult”, with Russian “sabotage groups” in the capital.

He insisted that there were no regular Russian troops in Kyiv, but said they were trying to enter from several directions.

“Kyiv, our splendid, peaceful city, survived another night under attacks by Russian ground forces, missiles. One of them has hit a residential apartment in Kyiv,” he wrote.

The Russian military said on Saturday it had targeted Ukraine’s military infrastructure using cruise missiles fired from the air and sea.