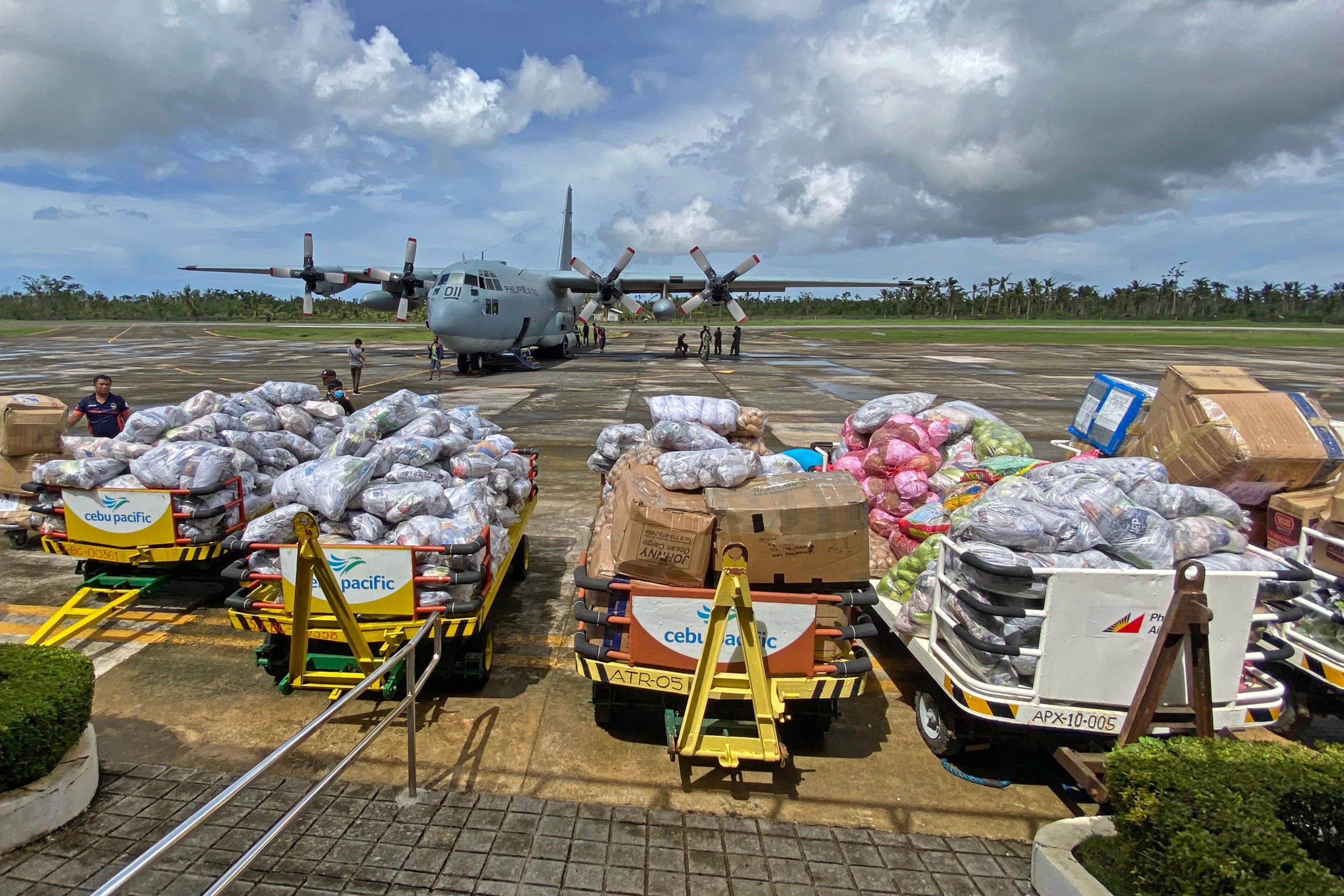 Vegetables are unloaded from a C-130 Hercules transport aircraft of the Philippine Air Force at the tarmac of the Sayak Airport in Del Carmen town, Surigao del Norte.

The vegetables arrived in Siargao on a Philippine Air Force C-130 Hercules cargo aircraft as part of Operation Siargao.

“This project in partnership with various organizations is directed by Imelda Zamora of Uplink Linkages with our major donor, the Mark Andrew Directo Foundation, Inc., that brought in assorted vegetables from Cordillera farmers,” said Chelo Roses, logistical support operator for Operation Siargao.

Roses said among the vegetables sent were potatoes, chayote, cabbage, pechay, and lettuce.

“There are also noodles, canned goods, and other relief goods in the shipment of vegetables. There are still several tons left, unfortunately, we cannot carry all of them due to the capacity of the plane. Hopefully, if we can again coordinate with the PAF for the C-130 cargo, I am sure we will bring more to Siargao,” said Roses.

Roel Catoto, head of logistics for community kitchens in Siargao, pointed out that the shipping of the vegetables was planned late December.

“A week after Super typhoon Odette hit Siargao, several community pantries and kitchens sprung amid the devastation, but the supplies eventually run out and several groups outside the island started to contact us and reached out to bring in vegetables as most people were just relying on relief goods, which are mostly canned goods and instant noodles,” said Catoto.

Catoto explained that the Junior Chamber International (JCI) in Surigao City helped mobilize vehicles for the operation to move quickly as the vegetables were needed to be distributed right away to different communities on the island.

Alexa Ray Paros, the founder of Siargao Community Kitchen, expressed her appreciation for the vegetables to make more meals.