Hungary to send troops to ‘strengthen’ border with Ukraine 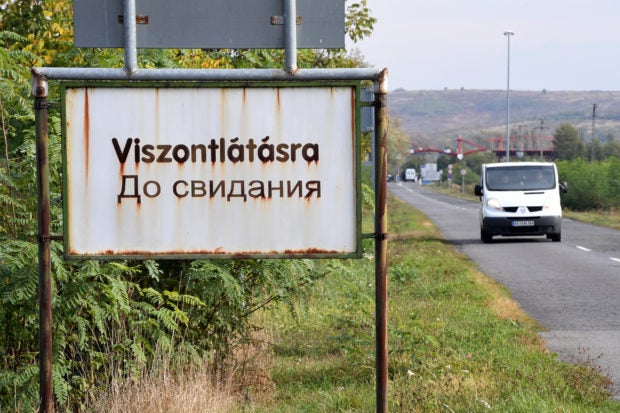 A road sign reading ‘Good Bye’ in Hungarian and Russian stands at the Hungarian-Ukrainian border between Barabas and Kosino on October 3, 2018. AFP FILE PHOTO

BUDAPEST — Hungary will deploy troops to its border with Ukraine amid fears of an exodus of refugees if the crisis with Russia escalates, Defense Minister Tibor Benko said on Tuesday.

Benko told soldiers in Szentendre north of Budapest that “the border must be strengthened”.

Hungary’s armed forces had to carry out  humanitarian tasks as well as close the Ukraine border with Hungary “to ensure that no armed groups can enter the territory”, Benko said.

He did not give details of how many troops would be deployed to the eastern region.

Nationalist Prime Minister Viktor Orban, known for his hard stance on migration, said Hungary supported EU efforts to solve the crisis, according to his spokesman.