Marcos rally in Antique called off after residents protested 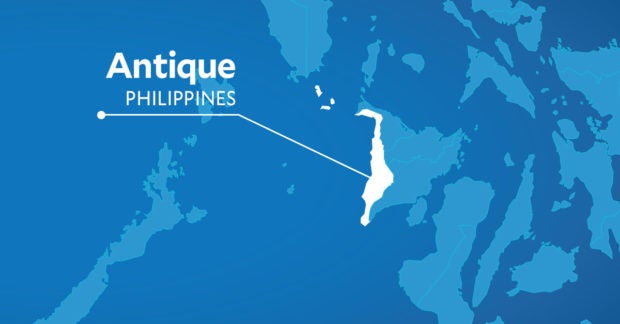 ILOILO CITY, Iloilo, Philippines — A scheduled rally of presidential aspirant Ferdinand “Bongbong” Marcos Jr. in Antique province has been called off after several residents, including the son of the slain Evelio Javier, protested on social media.

Marcos and his running mate, Davao City Mayor Sara Duterte, were supposed to hold a rally on Feb. 24 at Evelio B. Javier Freedom Park in the capital town of San Jose — the same place where the former Antique governor, a staunch supporter of former President Corazon Aquino, was shot on Feb. 11, 1986, by heavily armed men.

At that time, Javier was the director of Aquino’s campaign in the snap presidential elections against Marcos’ father, then President Ferdinand Marcos.

Aquino would eventually be declared the winner while the dictator was ousted from office and forced to flee in exile to Hawaii after the four-day Edsa People Power revolution.

“Yes, it has been postponed,” Geoffrey Tinamisan, Uniteam Antique provincial coordinator, told the Inquirer in a text message. He did not give an explanation.

But the postponement came after several Antiqueños and Ilonggos expressed disgust on social media that the rally would be held at the park where Javier was shot and while the country was commemorating the 36th anniversary of the Edsa People Power Revolution from Feb. 22 to Feb. 25.

Javier is considered a hero in Antique with major sites, including the park and province’s airport, named after him. His death anniversary is a special nonworking holiday on Panay Island.

In a Facebook post on Feb. 18, his son, Gideon, noted that there were hardly any local government official present when Vice President Leni Robredo held a rally at the freedom park last week.

At least 4,000 supporters, however, showed up, along with Vice Gov. Edgar Denosta, some vice mayors and councilors. Gov. Rhodora Cadiao and the province’s 18 mayors were absent.

Gideon said that holding a Marcos rally at the place where his father was shot during the Edsa I anniversary was “insulting,” not only to their family, but also to the people of Antique.

“Are they that insensitive or are they too drunk with power? I know a lot of Antiqueños are disgusted,” he told the Inquirer in a telephone interview on Monday.

He welcomed the suspension of the rally set on Feb. 24.

“We will need to [bring back] the fight to preserve our democracy very soon,” he said in another Facebook post.

Javier, an anti-Marcos leader, was with other members of the opposition United Nationalist Democratic Organization that was monitoring the results of the Feb. 7, 1986, snap presidential elections when armed men approached them near the old provincial capitol and fired at the group.

Javier was hit in the right shoulder and fled to a rice store. But he was pursued by the gunmen who shot him 26 times inside a bathroom where he had sought refuge.

His body was brought to Manila three days later for a necrological service at Ateneo de Manila University. Tens of thousands turned up when it was returned to Antique to be buried.

Javier’s death helped galvanize anger and resistance against Marcos Sr., which ultimately led to the bloodless uprising on Edsa that toppled him.

Pacificador, who was tagged as the mastermind, and his coaccused had repeatedly denied their involvement in the killing.

Two other accused, Eduardo Iran, alias “Boy Muslim,” and Pacificador’s son, Rodolfo, remain at large and have not been arraigned. Rodolfo fled to Canada, where he was granted political asylum.

Wanted: A museum to display memorabilia of Evelio Javier