Sara Duterte to DSWD: Give all senior citizens pensions 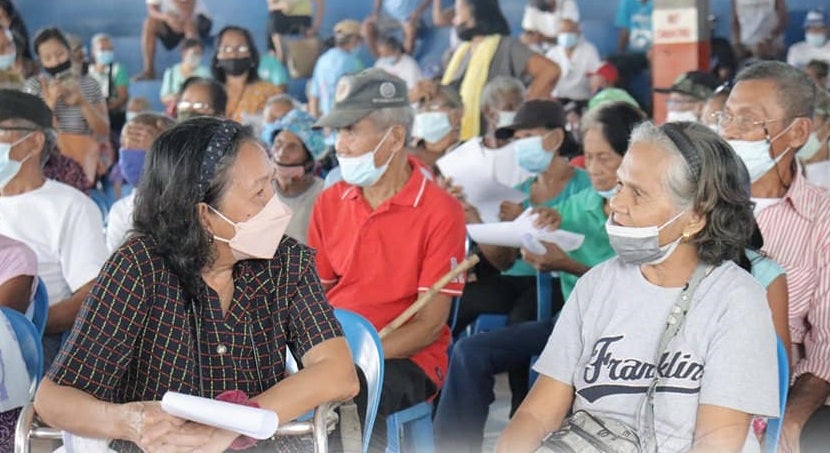 Senior citizens in San Marcelino town in Zambales wait for the distribution of their P3,000 social pension from the government on Thursday, Nov. 18. (Photo courtesy of San Marcelino Public Information Office)

MANILA, Philippines — Vice presidential candidate and Davao City Mayor Sara Duterte-Carpio on Sunday said the Department of Social Welfare and Development (DSWD) should give pensions to all senior citizens in the country.

(We need to talk to the DSWD and make them understand that we need to go back to the old pension system, so that all our senior citizens are given assistance from the DSWD.)

According to her, giving seniors pensions was also a problem in Davao City, just like in other local government units, as pensions provided by DSWD sometimes did not arrive.

(Second, not everyone is given a pension because they choose who to give it to. They do not include those with SSS and GSIS.)

She explained that Davao City, for its part, even passed an ordinance to provide its senior residents fair pension benefits as it cannot overrule a national law.

(What we did temporarily in Davao City was to create a local pension system.)

(We made an ordinance that gives priority to all senior citizens and gives them pension, 65 years old and above but in the next few years it will those below 60 years old.)

Meanwhile, the presidential daughter said that she had already discussed the matter with DSWD.