Nabbed drug suspect turns out to be Abu Sayyaf member 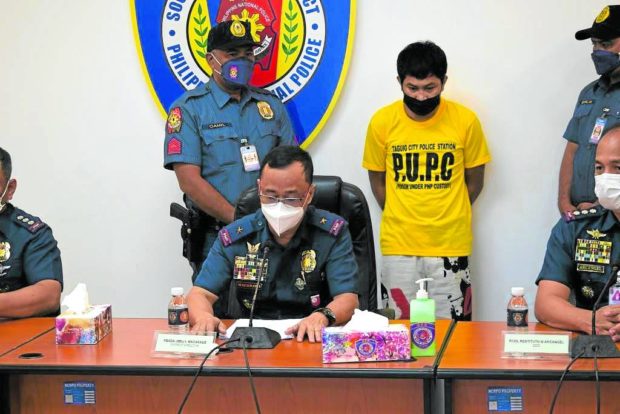 MANILA, Philippines  — A man who was earlier arrested on drug charges turned out to be a member of the terrorist Abu Sayyaf Group involved in the 2001 Lamitan siege and the 2002 kidnapping of six members of the Jehovah’s Witness.

A confidential informant later revealed that Dumayag was a member of the Abu Sayyaf, which Dumayag eventually admitted, according to Macaraeg.

“A victim-witness physically identified Abu Cola as one of her kidnappers and a member of [Abu Sayaff],” Macaraeg said.

Dumayag has been in detention at Taguig City Police Station.

Macaraeg said the suspect was under leaders Ispilon Hapilon, Nur Hassan Jamiri, and a certain Undanan. Hapilon was killed in October 2017 while Jarmiri surrendered in March 2018.