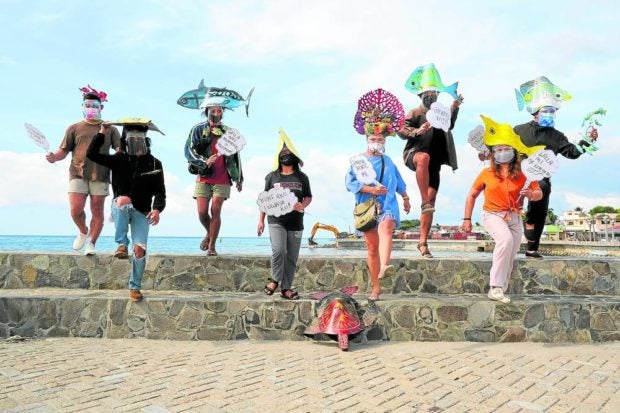 PROTEST FUN | Artists in Dumaguete City, Negros Oriental province, show their creativity during a protest against a proposed 174-hectare reclamation project in this photo taken in July 2021. They wore handmade headpieces, depicting the different species of marine animals found in the waters off Dumaguete. (Photo courtesy of HERSLEY-VEN CASERO)

CEBU CITY, Cebu, Philippines —For many local governments around the country, reclamation projects can be their ticket to economic progress.

According to lawyer Janilo Rubiato, Philippine Reclamation Authority (PRA) general manager and chief executive officer, more than a hundred local governments around the country have expressed their intent to undertake reclamation activities to expand areas that can be developed into new business hubs.

Only a few, however, have complied with the requirements, like securing an environmental compliance certificate and an area clearance from the Department of Environment and Natural Resources (DENR).

“Generally, local governments pursue their reclamation projects to provide sustainable development in their areas. As an economic driver, they aim to reclaim in order to trigger growth of the local economy and for expansions of business and residential areas within their jurisdiction,” said Rubiato in a statement sent to the Inquirer.

“For some local governments, reclamation activities are intended for coastal protection as mitigating measures against natural disasters,” he added. 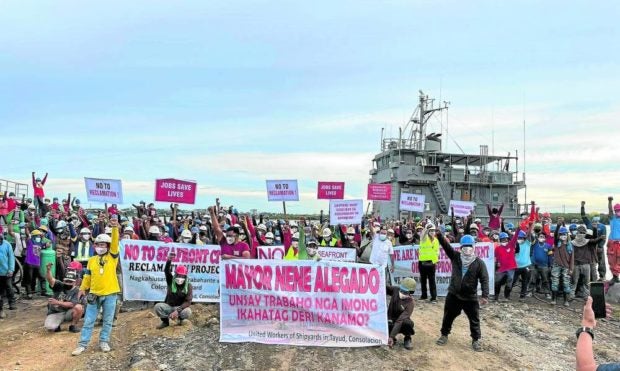 WORKERS’ VOICE | Workers of a shipyard company stage a protest in October last year against a reclamation project in Consolacion, Cebu province, that is feared to shut down nine shipyards operating in the town. (Photo courtesy of EDWARD LIGAS)

It does not come as a surprise that local governments look at reclamation projects as key to economic progress, regardless of the cost.

Take for instance the proposed projects in Consolacion town and Toledo City in Cebu province and Dumaguete City in Negros Oriental province.

The project is envisioned to be a mixed-use commercial and residential area featuring shopping malls, condominiums, hospitals, business hubs, and a docking port for a planned yacht club, among others.

Consolacion Mayor Joannes Alegado also has the same vision for his 235.8-ha reclamation project, called “Seafront City,” which will be for industrial, commercial, tourism, residential and institutional use.

In Toledo City, also in Cebu, the local government wants to build an 11.76-ha reclamation project to host malls, a water treatment facility, and other commercial spaces that will generate jobs and income for residents.

These projects, however, face opposition, not just from environmentalists who raise concern over their impact on the environment, but also from community members expected to be displaced, among them fishermen. 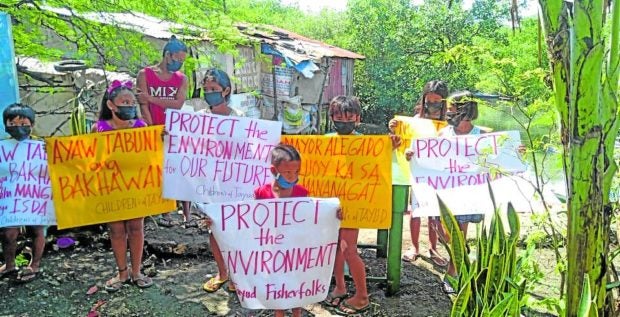 FAMILY CONCERNS | Children of fisherfolk affected by a reclamation project in Consolacion, Cebu, join protests as they share their families’ concerns about displacement and loss of livelihood. (CONTRIBUTED PHOTO)

Oceana particularly pointed out the project in Toledo, which will affect Tañon Strait, a protected seascape that is an important migration corridor and habitat for marine mammals, said lawyer Gloria Estenzo Ramos, the group’s vice president.

Aside from the local government and the developer, the PRA also stands to gain from the projects once completed, based on the Implementing Rules and Regulations (IRR) of Executive Order No. 74.

But under EO 74, Neda is just one of three agencies whose “advisory opinions” will be sought to guide the PRA in evaluating and approving proposed projects. The two others are the Department of Finance and the DENR.

According to Eisma-Osorio, the purpose of EO 74 is to fast-track and rationalize approval process for reclamation projects based on the government’s “ease of doing business” principle and for the purpose of “increasing competitiveness.”

Asked if the approval process was indeed faster, Eisma-Osorio replied: “We’re verifying pa [because] what we have in our data is the number of applications only and there are no dates to show when most of these started and when they were approved.” 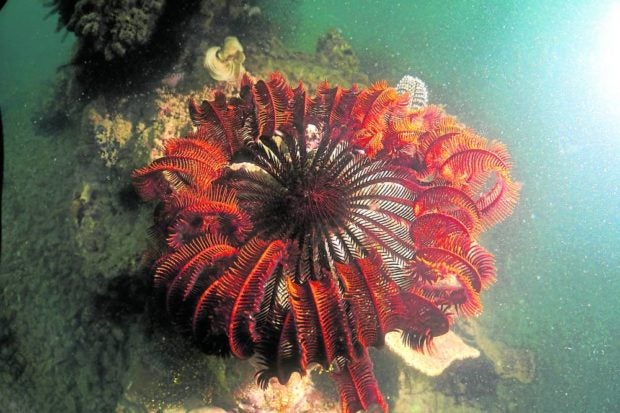 UNDER THE SEA | In November 2021, divers scoured the waters off Minglanilla, Cebu, and discovered large corals and rich marine life in the general area where a reclamation project would be implemented. (Photo courtesy of  OCEANA PHILIPPINES)

He said any dump-and-fill project should be backed up with concrete plans and environmental impact studies before implementing it.

Joseph cited as an example South Road Properties (SRP), which was built three decades ago but still not fully used by the Cebu City government.

“The SRP started out as a modern urban center and ended up draining the city’s coffers for well over a decade and that until today, has no plans for evolving into a world-class, modern, smart urban center. It’s just another place to build buildings,” Joseph said.

Joseph lamented the government’s lack of planning and foresight that leads to what he called as disorganized systems.

“Our towns and cities are poorly planned, poorly zoned and for the most part have yet to be managed using the best practices of the most livable and competitive cities and towns in the world. It feels like all we do is react, without solving the root causes of the problems we have: traffic, flooding, pollution, garbage, sewage, water, and so on and so forth. Sometimes we don’t even react and the problems [worsen],” he said.

“I really do not see any significant initiatives to fix existing problems. All I see are the same, old kanya-kanya (individualistic) methods that have done nothing to modernize our towns and cities,” he added.

Joseph, president of Cebu Business Club, believes reclamation projects are not what is needed at this point.

“What is interesting is that there are so many LGUs [that] want reclamation projects. Are they necessary? I really don’t think so and I would prefer focusing on solving the urban problems we face … before investing in a massive project that may take decades to achieve return of investment,” he said.

“Let’s fix what land assets we have first. Let’s fix our terrible urban problems first. Our last hope is that this … would be designed as a green, world-class project, and not just another unplanned landfill,” he added.