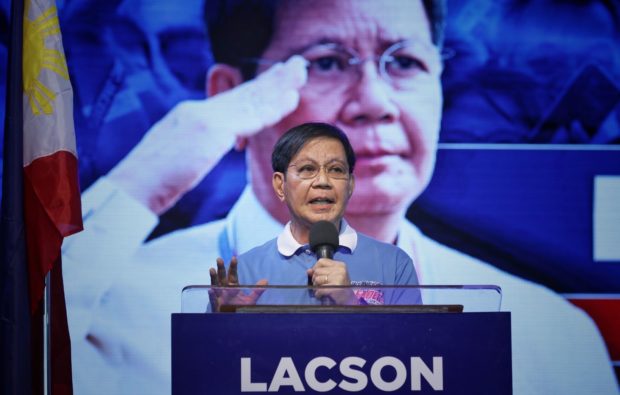 Lacson, a presidential candidate, personally received the award in a ceremony during the Alumni Homecoming and Parade at the PMA in Fort Del Pilar in Baguio City, together with his fellow cavaliers who were also recognized for their respective contributions to society.

The senator, who graduated from the PMA in 1971, thanked the academy for recognizing his “dedicated service” to the country.

“Thank you Philippine Military Academy for recognizing my 50 years of dedicated service to country and people and for the arduous four years of imbibing in me the values of Courage, Integrity and Loyalty,” he said in a tweet.

Thank you Philippine Military Academy for recognizing my 50 years of dedicated service to country and people and for the arduous four years of imbibing in me the values of Courage, Integrity and Loyalty.

According to a statement from the senator’s office on Friday, the PMAAAI Board of Directors unanimously voted to give the award to Lacson for his “exemplary and unblemished service to the country” characterized by his “faithful adherence” to the virtues of PMA.

In 2020, Lacson also received the Cavalier Award for Public Administration from the PMAAAI for “spearheading the fight against corruption in the Senate by enacting laws that focused on promoting transparency and public accountability in government.”