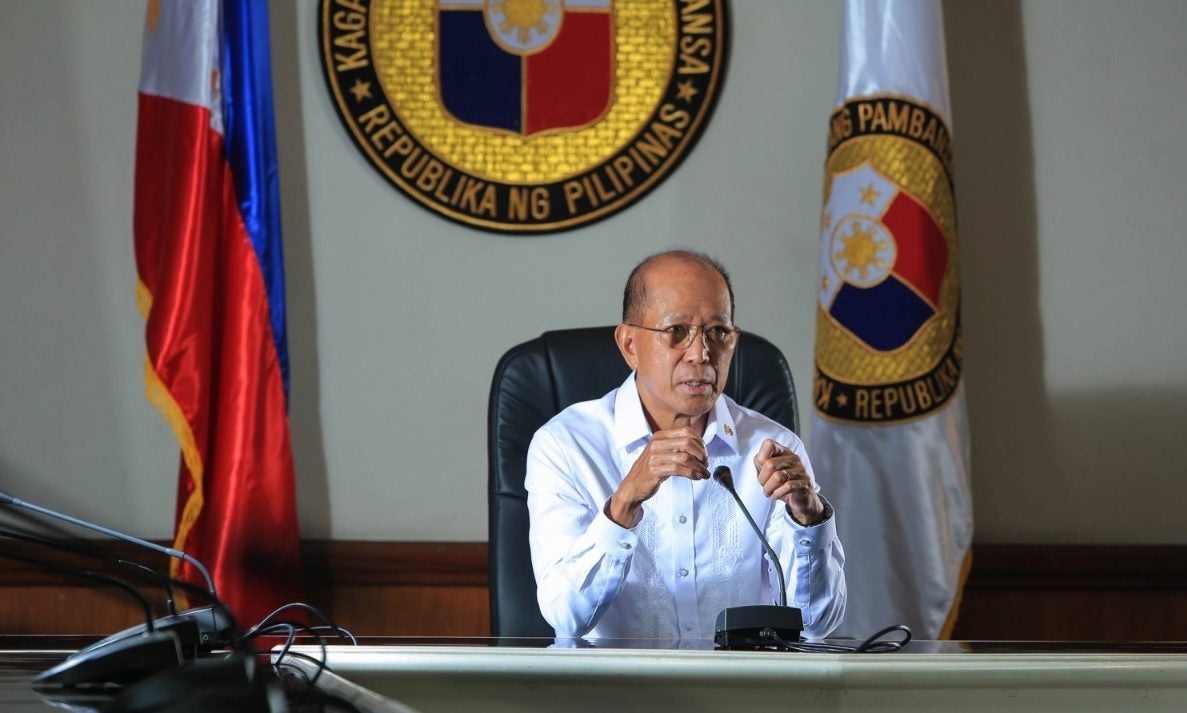 Defense Secretary Delfin Lorenzana has criticized the apparent harassment experienced by a supporter of presidential candidate Vice President Leni Robredo inside the headquarters of the Armed Forces of the Philippines.

In a now viral Facebook post, a digital marketing executive said he was about to play golf at Camp Aguinaldo Golf Course around 10 a.m. on Friday, when a military man at the entrance gate of the camp “arrogantly” told him, “Walang ribbon dito! (Ribbons are not allowed here!)”

The military officer then asked him to cut the pink ribbon tied to his car’s side mirror.

Sought for comment, Lorenzana said the soldier’s action was “uncalled for.”

“We have no business whatsoever what people put in their cars or what to wear for as long as they do not violate regulations,” he said in a message.

“I have already directed the commanders of all camps on this matter,” Lorenzana added.

The executive said he did not know of any rule prohibiting ribbons, even when tied in a private car, inside the camp’s premises to play golf.

“Is this right? Are you OK? Or are you just scared? Too bad for them, I am wearing pink all the way. Pink shirt, pink Leni-Kiko ribbon and pink heart,” he said in his post which garnered almost 6,000 reactions, mostly heart.

On social media, supporters of Robredo and her running-mate Sen. Francisco “Kiko” Pangilinan praised and thanked the businessman for standing up to his belief. INQ