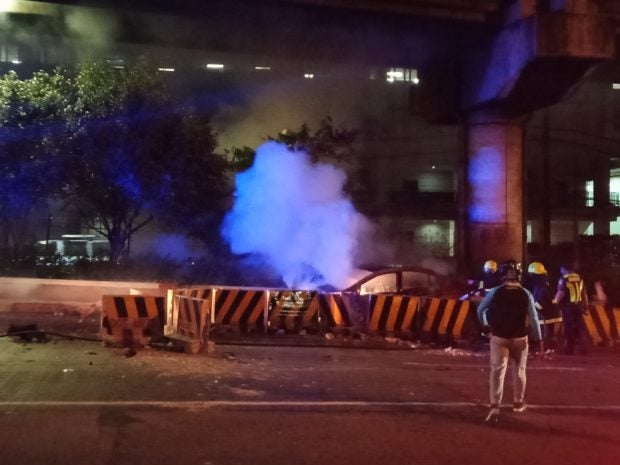 The PAF confirmed that four of their personnel were involved in the accident after their Honda City figured in a vehicular accident along EDSA Santolan in Cubao, Quezon City.

“The accident involved four PAF personnel, wherein three were confirmed dead. The only survivor was brought to a hospital for immediate medical treatment,” PAF said in a statement.

“This accident is under investigation and no details yet as to the circumstances which led to this event.  The PAF is coordinating with proper authorities on this investigation,” it added.

The Quezon City Police District also could not say if the respective families of the car crash have already been informed.

“As of now po, wala pa pong report if the family of the victims were already informed of the matter,” said its Public Information Office.

Child dead on Edsa after risky mischief on bus