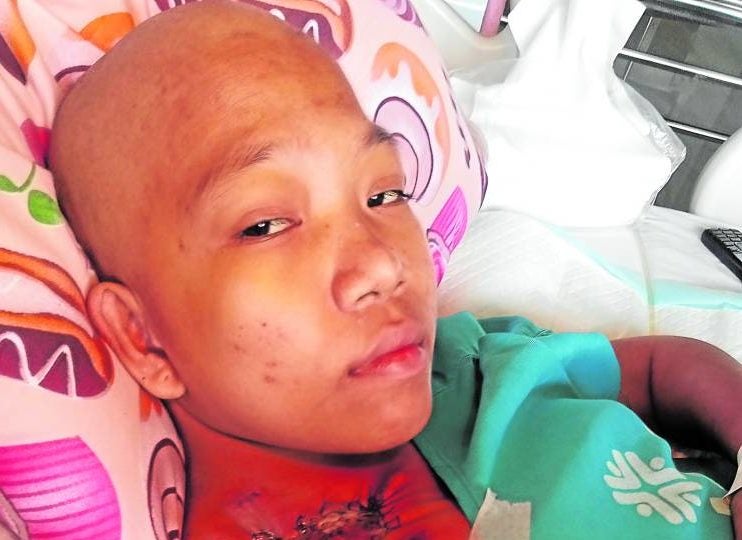 Pauline Regala’s dream was to become a police officer someday.

But in September 2021, the 18-year-old’s right arm had to be amputated to stop cancer cells from spreading through her bones.

“Since she lost her arm, I haven’t asked her again what she wants to pursue in the future,” her mother, Aline, told the Inquirer.

Despite this, she said she reminds her daughter to keep fighting because “not all disabled people are unsuccessful … She only needs to help herself.”

Regala was diagnosed with stage 2 osteosarcoma, a type of bone cancer that starts in the cells forming the bones, in April 2021.

She still needs to complete six out of 10 chemotherapy cycles at East Avenue Medical Center in Quezon City, with each cycle costing around P45,000.

“Every time she is admitted (to the hospital), we are also obliged to spend for swab tests because we cannot enter without providing our negative test results,” Aline said.

According to her, their relatives have been paying for her daughter’s medical expenses although “they must be getting tired because Pauline has been undergoing medication for a while now.”

Her husband, a senior citizen, is in San Agustin, Romblon, where he is a fisherman. Aline and Regala, on the other hand, have moved to an apartment near Camp Crame to make it easier for the teenager to go to the hospital. To earn extra money for their daughter’s medical needs, Aline does laundry work.

“I always tell Pauline to take care of herself so her condition will not worsen like before. I’ve been having a difficult time and I cannot believe all the hardship we have had to experience here in Manila,” Aline said.