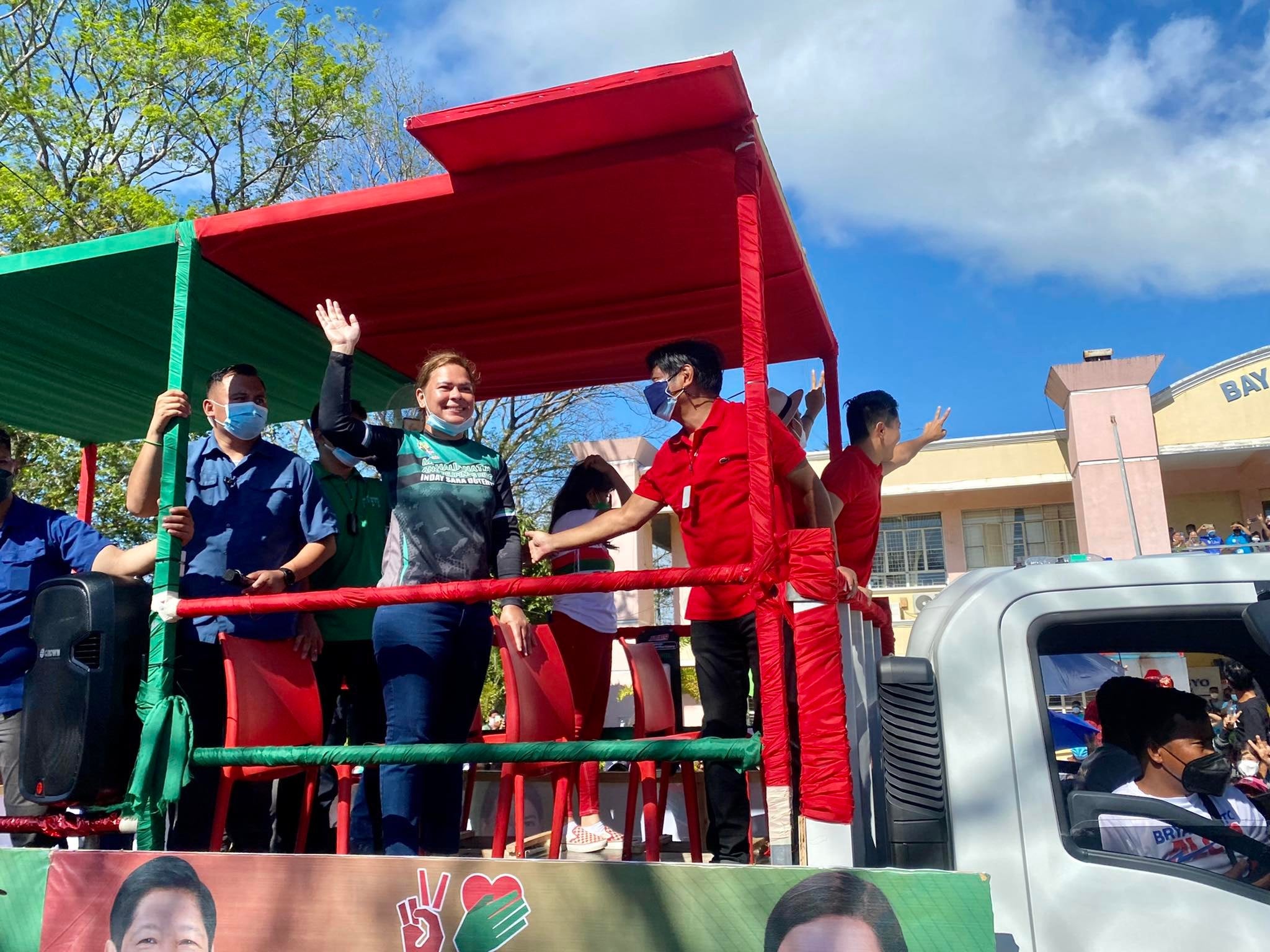 Narvacan Mayor Chavit Singson, a known ally of Marcos Jr., accompanied the two in a motorcade that toured the towns of Sinait, Cabugao, and San Juan.

Chavit appealed to Ilocos Sur voters to show Duterte-Carpio the same amount of support given to Marcos Jr.

In a speech during their grand campaign rally at the Quirino Grandstand in Bantay town, Marcos Jr. said he would focus on fixing the agriculture sector, boost the tourism industry, speed up internet connectivity, and address issues on energy to improve the country’s economy and create more jobs.

He said these goals would be accomplished through “unity,” the battle cry of his tandem with Duterte-Carpio.

Marcos Jr. gave the same speech when he addressed a crowd of at least 15,000 supporters in Paoay town, Ilocos Norte, asserting that unity would be the first step for the country to “rise up again” from the crisis brought about by the pandemic.