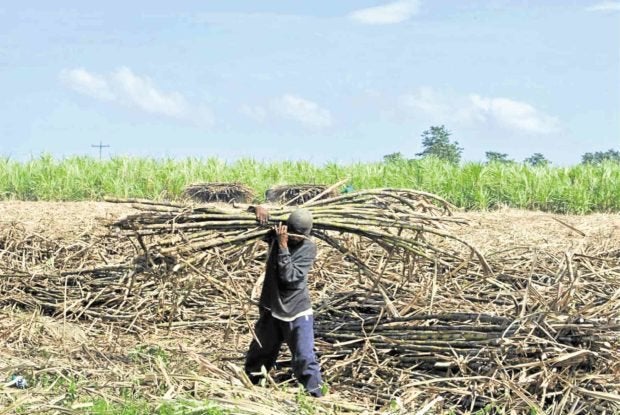 MANILA, Philippines—  Senator Imee Marcos is demanding transparency from the Sugar Regulatory Administration (SRA) as she cited information  about the alleged  “sweetheart deals” on the government’s  plan to import  200,000 metric tons (MT) of sugar.

According to Marcos, a “major softdrinks manufacturer and other processors of sugared products have cornered thousands of metric tons (MT) of the commodity and used traders as fronts to bring in larger import volumes.”

The head of the Senate committee on economic affairs  did not elaborate.

“Why is the SRA so enamored of importation? What vows did manufacturers of sugared products make to get the SRA’s ‘I do’?”  the senator asked in a statement on Wednesday.

A regional trial court, however, has already  issued a  temporary restraining order stopping the importation.

According to the court, the TRO will be effective for 20 days while the hearing of the writ of preliminary injunction will be held on February 24 through video conference.

To justify the importation, the SRA earlier cited the sudden spike in the wholesale and retail prices of raw sugar and refined sugar after Typhoon Odette devastated many parts of the Philippines in December last year, including the sugar-producing regions of Negros, Panay and Eastern Visayas.

But Marcos said sugar farmers told her office that only one mill shut down during the typhoon and that all sugar mills nationwide are now in full operation.

The United Sugar Producers Federation based in Negros, where 13 of the country’s 27 sugar mills are located, confirmed that the Southern Negros Development Corporation mill in Kabankalan, Negros Occidental shut down due to flooding but “only for a week,” according to the senator.

Marcos warned that small sugar farmers, who make up 85% of the industry, may not last the next crop season starting September, if sugar imports bring down farm gate prices and the high costs of fertilizer and of fuel for transport, tilling, and milling continue.

“To make ends meet, many small farmers have given in to usurers while others are now planting camote instead of sugarcane,” Marcos  lamented.

“It’s more urgent to import fertilizers. But this should be done only for emergency use and on a government-to-government basis,” she added.

The  senator then called on the government to consider imposing an immediate price freeze on fertilizers, lowering the import volume of sugar, or scheduling deliveries in tranches outside the milling season, while developing locally-made fertilizers could be a long-term program.