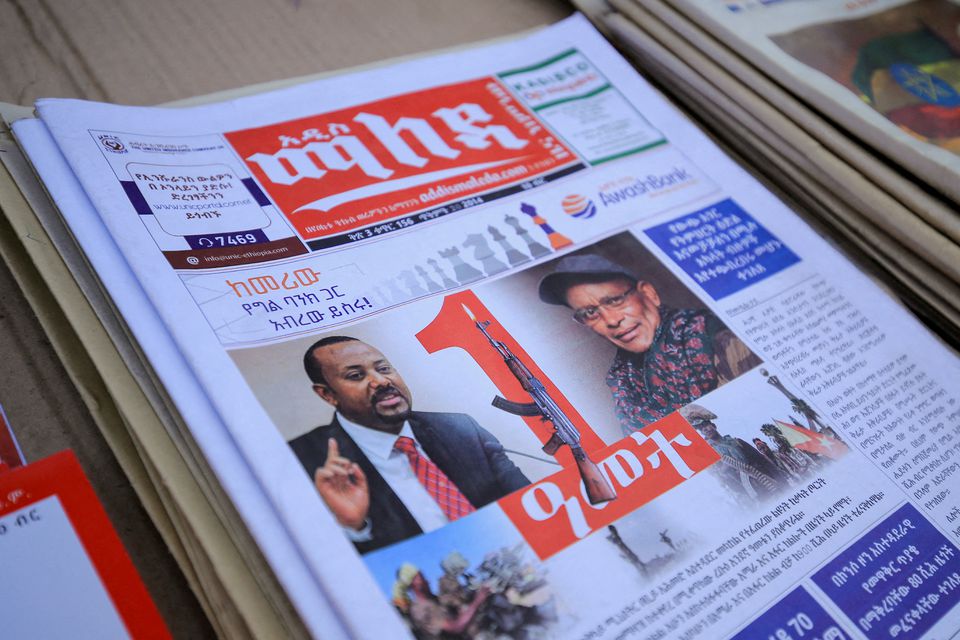 The move was welcomed by the United States, which called on the Ethiopian government to “immediately” release all the people who were detained under the measure.

Ethiopia’s foreign minister tweeted that the House of Peoples’ Representatives “approved today the lifting of the six-month state of emergency”.

The vote by lawmakers followed a proposal by Prime Minister Abiy Ahmed’s cabinet last month to ease the state of emergency, which was initially supposed to last until May.

Tuesday’s vote to lift the decree was opposed by 63 of the 312 lawmakers who attended the session while 21 others abstained.

The state of emergency was declared on November 2 after fighters from the Tigray People’s Liberation Front (TPLF) seized two crucial towns about 400 kilometers (250 miles) from Addis Ababa.

It was not immediately clear if or when the people detained under the emergency decree would be released.

US State Department spokesman Ned Price said that the lifting of the measure was “another important step by the government of Ethiopia to pave the way for a peaceful resolution”.

“We urge that this move be immediately followed by the release of all individuals arrested or detained without charge under the state of emergency,” Price added in a statement.

“The end of these detentions will facilitate an inclusive and productive national dialogue.”

The state of emergency coincided with a mass mobilization campaign credited — along with drone strikes — with pushing the TPLF back into Tigray, with the rebels’ withdrawal in December raising hopes of an end to the 15-month war.

Addis Ababa announced it would not pursue the rebels into Tigray, but in recent weeks, residents and aid workers have reported a string of deadly air strikes — including drone strikes — targeting the region.

The TPLF last month announced a military operation in the neighboring Afar region, saying the move was in response to attacks by pro-government forces, dampening hopes of a ceasefire.

The grinding conflict has left thousands dead and forced many others to flee their homes with hundreds of thousands driven to the brink of starvation, according to the United Nations.

Tigray itself has for months been subject to what the UN says is a de-facto blockade. The US has accused the Ethiopian government of preventing aid, and it in turn has blamed the rebels for the obstruction.

Foreign envoys have been pushing hard for a ceasefire and expanded aid access to conflict-hit areas while Addis Ababa blames rebel incursions for the supplies shortage.

Price said the US “continues to engage with all parties to advance an immediate cessation of hostilities, unhindered humanitarian access, transparent investigations into all human rights abuses and violations, and a negotiated resolution to the conflict.”

Nearly 40 percent of the people in Tigray, a region of six million people, face “an extreme lack of food”, the UN said last month.

The dire assessment published by the World Food Program (WFP) came as humanitarian groups increasingly curtailed activities because of fuel and supply shortages.

The World Health Organization on Tuesday called for “unfettered access” into war-wracked Tigray, saying its first delivery of life-saving medical supplies since July last year had stalled due to lack of fuel.

Fighting broke out in Tigray in November 2020 after Prime Minister Abiy Ahmed sent troops to topple the TPLF, the region’s former ruling party, saying the move came in response to rebel attacks on army camps.