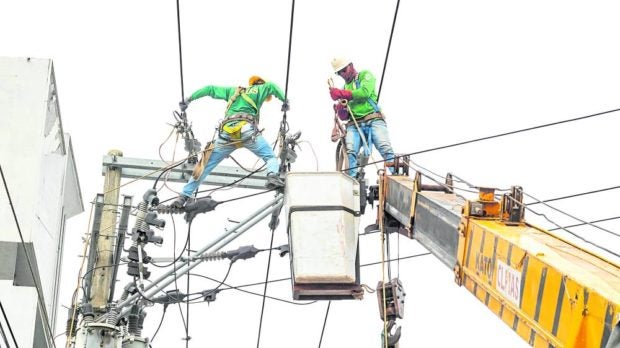 MANILA, Philippines — The Energy Regulatory Commission (ERC) and the Department of Energy (DOE) should ensure that power firms do not resort to unplanned brownouts during election day on May 9, Senator Risa Hontiveros said Wednesday.

Hontiveros made the remark after the climate and energy policy group Institute for Climate and Sustainable Cities (ICSC) warned of an impending blackout during the weeks leading up to and immediately after the coming elections.

(The thinning supply of electricity on the day of elections and counting of votes is a major threat to the elections.)

(As early as now, there should be enough reserve beyond the 1,200 megawatts margin by ensuring that power players will not play with the market and demand higher power prices.)

Hontiveros also reminded the DOE and power firms of their assurance in previous Senate hearings that there will be an adequate and reliable supply of electricity before, during and after the May 9 polls.

“By this time, the energy players should have already identified and installed safety measures so that the red alert status last May and June 2021 that caused major blackouts will not be reached  again,” Hontiveros said.

(The ERC should be firm and hold power players accountable despite the repeated rotational brownout. We should not allow this especially when it is the future of the country that is at stake if there are power problems again.)

Hontiveros said that the issue of thinning power supply is not only a threat to the upcoming elections, but is also an issue that policymakers should confront after the elections.