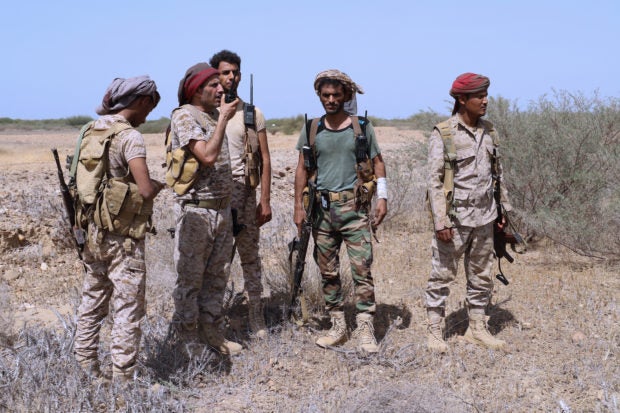 Yemeni pro-government fighters man a position near al-Muhsam camp during fighting to drive the pro-Iran Huthi rebels from the area of Harad, in Yemen’s Hajjah province on February 4, 2022. AFP

UNITED NATIONS — Five UN staff members have been abducted in the south of war-torn Yemen, the global body said on Sunday.

The five were kidnapped in the southern governorate of Abyan on Friday while returning to the port city of Aden “after having completed a field mission,” UN spokesperson Eri Kaneko told AFP.

“The United Nations is in close contact with the authorities to secure their release,” Kaneko added.

It was not immediately clear who had abducted the UN staff.

Aden became the base of Yemen’s internationally recognized government after it was ousted from the capital Sanaa by Huthi rebels in 2014.

A Saudi-led coalition has backed the government in the fight against the Iran-aligned Huthis since 2015, in a conflict that has led to the deaths of hundreds of thousands of people.

Millions have also been displaced in what the UN calls the world’s biggest humanitarian crisis.