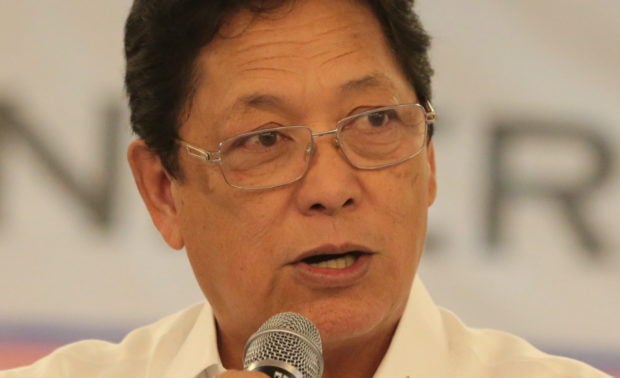 MANILA, Philippines — Labor Secretary Silvestre Bello III on Sunday assured the International Labor Organization (ILO) that cases on trade union rights violations have already been filed or were being investigated by the government.

An advisory body to the ILO earlier expressed “deep concern” over the killings and attacks against trade union leaders and members in the Philippines and the lack of clear action from the Duterte administration to address these issues.

In its annual report released last Friday, the ILO committee of experts on the application of conventions and recommendations again urged the Philippine government to investigate and punish those behind the attacks on unionists.

“The committee notes with deep concern new allegations of violence and intimidation,” the committee said in its 2022 report on the state of labor standards in various countries.

It cited cases presented by the International Trade Union Confederation on the alleged extrajudicial killing of 10 trade unionists; at least 17 cases of arrest and detention after a police dispersal, and raids on unionists’ homes and offices from November 2020 to March 2021;  17 cases of “red-tagging” and harassment, including against leaders of the Alliance of Concerned Teachers, Kilusang Mayo Uno, Philippine National Police Non-Uniformed Personnel Association Inc. and other workers’ organizations, and 12 cases of forced disaffiliation campaigns and seminars, including for public school teachers, beverage workers, and palm oil plantation workers.

“Given the extreme seriousness of the allegations and their repeated nature, the committee urges the government to take all necessary measures to address the issues of violence and intimidation raised,” the ILO committee stressed.

It asked the Duterte administration to undertake “prompt and effective investigations into all allegations of extrajudicial killings of and assaults against trade unionists… and determine culpability and punish the perpetrators.”

Prepared by an independent body of legal experts charged with examining the application of international labor conventions on ILO member states, the annual report serves as a cornerstone of the ILO’s supervisory system.

Bello said at least 60 cases of extrajudicial killing and attempted murder of union activists under the Duterte administration were being monitored by the national and regional tripartite monitoring bodies of the Department of Labor and Employment.

“Out of this number, 20 are pending with the courts and the rest are progressing under regular criminal investigation,” he said. The tripartite monitoring bodies have no investigative powers but can merely follow up the progress of cases against trade union leaders and members.

Bello also maintained that red-tagging or harassing individuals by branding them as communist rebels was punishable under the Revised Penal Code and other laws criminalizing acts of persecution committed against an identifiable group on political grounds.

He urged union leaders and workers to file criminal complaints against those who Red-tag them.

“Trade union leaders and members are assured of the government’s promotion and protection of their constitutionally guaranteed fundamental rights and welfare,” Bello said.

However, the ILO committee on experts “observ(ed) with regret that the government simply reiterates that the cases are being handled through the regular course of criminal investigation and prosecution, without providing details as to any progress made.”

It said it expected the ILO high-level tripartite mission to visit the Philippines before the next International Labor Conference while taking into account the COVID-19 pandemic situation in the country.

The 110th session of the annual International Labor Conference, or general assembly of the tripartite delegates of ILO member states, is tentatively scheduled from May 30 to June 10, 2022.

Read Next
AFP monitoring 7 cities, 39 towns for poll security concerns
EDITORS' PICK
Geek out at TOYCON 2022 powered by Smart Signature
UK’s Boris Johnson will resign, BBC reports
High inflation: Your P1 is now worth only 87 centavos
High-risk pregnancy: Reducing your risk is in your hands
Unemployment rate up to 6% in May
House energy committee chair Arroyo bats for cheap electricity
MOST READ
Suspect in grisly killing of missing woman in Bulacan arrested
Kim Atienza’s daughter flaunts bikini body in response to critics of her ‘revealing photos’
AFP on Garcia conviction: We learned our lesson, instituted steps vs corruption
Cop slain in Isabela ambush
Don't miss out on the latest news and information.