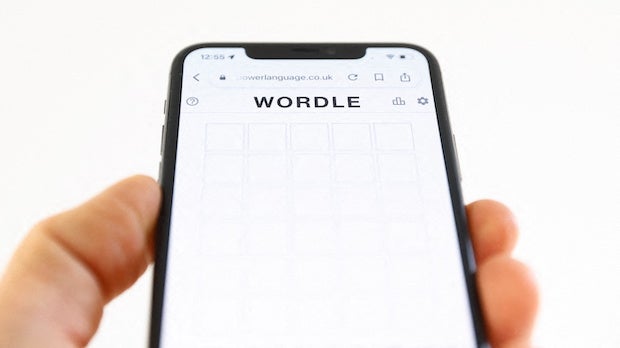 WASHINGTON – When Denyse Holt failed to text her daily Wordle score, her daughter knew something must be wrong. Hours later a police SWAT team rescued the 80-year-old Chicago woman from a naked home intruder who had been holding her hostage with a pair of scissors.

Holt was alone at home on the night of February 5 when a man broke into her house and pointed the pair of scissors at her.

The man — identified as James H Davis III, aged 32 — was naked and covered with cuts and blood after he broke a window to gain entrance.

Holt said Davis assured her he wouldn’t harm her, but he did force her, fully clothed, to take a bath with him before locking her in the basement.

She said she did stretches and meditative breathing to stay warm and calm.

“I didn’t think I was going to live,” she told the local CBS station.

Holt’s eldest daughter Meredith Holt-Caldwell, who lives in Seattle, first twigged that something was amiss when her mother did not send her daily Wordle score.

The game consists of guessing one five-letter word per day in just six tries. Its popularity has skyrocketed since the start of the year, with millions of people playing it daily.

Holt said the missing score was “disconcerting” to her daughter — who knew her mother never missed this part of their daily routine.

After her mother also failed to answer Holt-Caldwell’s text messages, she called the Chicago police.

They conducted a wellbeing check on her mother on February 6, only to discover she was being held hostage in her own home.

An hours long standoff between police and Davis ensued. SWAT officers eventually used a stun gun to incapacitate him and rescue Holt.

Police say Davis faces a range of charges including home invasion with a deadly weapon and aggravated kidnapping.

Holt was in shock after her rescue but otherwise unharmed.

“I never thought in a million years this is what was happening, but it was,” she told CBS. “I’m very lucky.”

The New York Times announced at the end of January it had bought Wordle for an “undisclosed price in the low seven figures.”

Other versions of the game have sprung up around the globe, in languages ranging from German to Urdu.