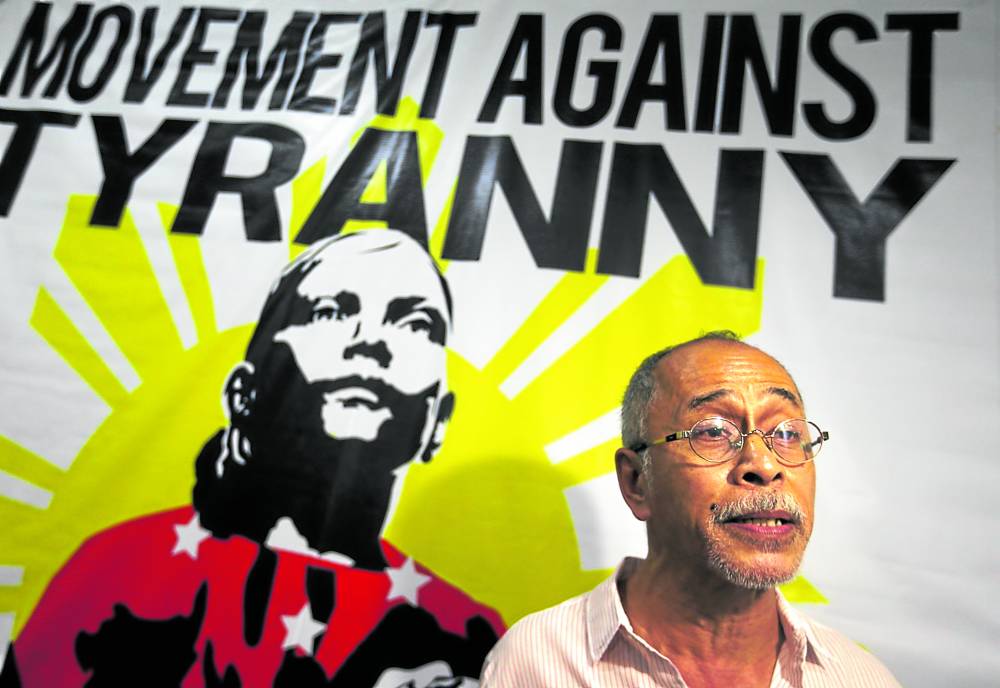 CRINGE MOMENT “I thought it was some kind of spoof, but my God, they were playing it for real,” says Marcos regime detainee Bonifacio Ilagan, photographed here in a 2017 event in Quezon City, recalling the moment he heard the “Bagong Lipunan” song being performed by a rock band at the Marcos Jr.-Duterte proclamation rally on Feb. 8. —INQUIRER PHOTO

“I thought it was some kind of spoof, but my God, they were playing it for real,” said Ilagan, who was arrested and imprisoned during the dictatorship of Ferdinand Marcos, the presidential candidate’s father, after whom he is named.

“It was playing while we were all in detention,” Ilagan said of the song that served as a propaganda jingle trumpeting the dictator’s vision of a “new society.”

Shortly after martial law was imposed in September 1972, the then first lady, Imelda Marcos, commissioned two songs—“Bagong Pagsilang” (March of the New Society) and “Bagong Lipunan” (Hymn of the New Society)—which became staples in schools across the country.

When “Bagong Lipunan”— remixed and rearranged into a “modern” form—was played on Tuesday for thousands of people at the Philippine Arena in Bulacan, it took on a sinister tone for activists who lived through the dark years of martial law.

“[With] the anthem that meant the rape of democracy and the reign of the conjugal dictatorship, Marcos Jr. has made the battle lines clearer,” Ilagan said on Wednesday.

For groups like the Campaign Against the Return of the Marcoses and Martial Law (Carmma), which Ilagan leads, the song’s revival is a portent of what’s to come if Marcos Jr. wins the presidency.

Carmma urged Filipino voters to heed the signs and foil the attempt of the dictator’s heirs to regain Malacañang. Other activists also winced at the images evoked at the Marcos Jr.-Duterte rally, which had host Toni Gonzaga, a popular entertainment personality, declaring that the spirit of “Apo Lakay,” as the late dictator was known, was “alive” in the cavernous arena. 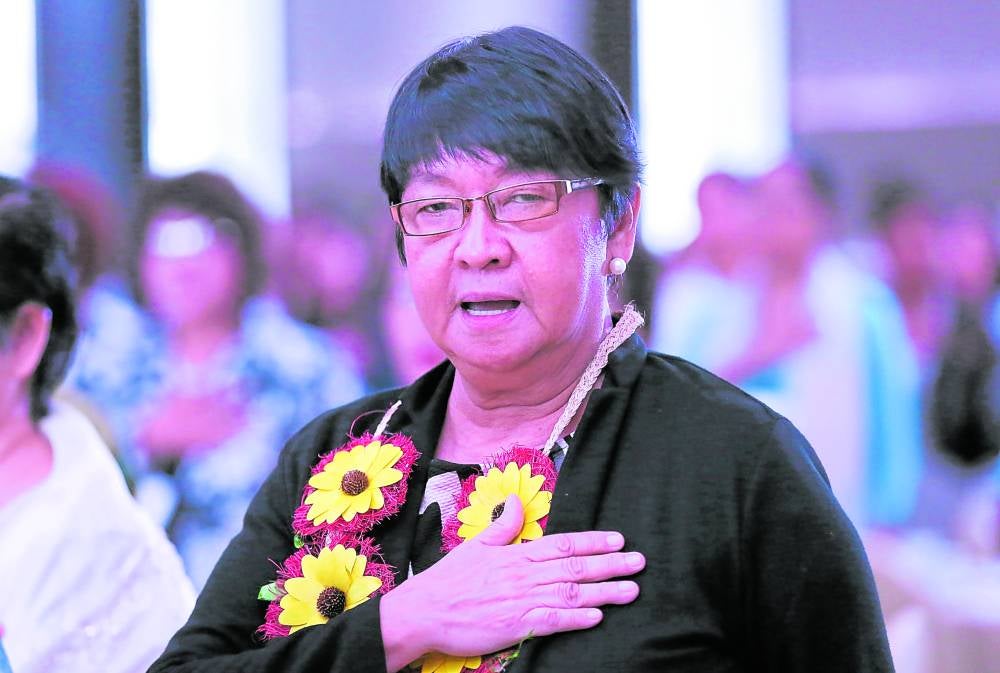 A TORTURE TO HEAR For martial law victims like Judy Taguiwalo, the song elicited memories of the arrests, torture, killing and disappearance of martial law critics and dissidents, as documented by organizations like Amnesty International. —INQUIRER PHOTO

For martial law victims like Judy Taguiwalo, the song elicited memories of the arrests, torture, killing and disappearance of martial law critics and dissidents, as documented by organizations like Amnesty International.

But even more angering for Taguiwalo is Marcos Jr.’s call for “unity” and lack of concrete platforms to present to the electorate.

“We dare ask: Unity for whom? And how can the unrepentant children of two dictators claim love of country after all their crimes against the Filipino people?” she said.

According to Taguiwalo, most of the people on Marcos Jr.’s senatorial slate are divisive figures who come from political dynasties, who are accused of human rights violations, and who “masterminded the closure of [the media network] ABS-CBN not once but twice.”

Echoing Taguiwalo’s sentiment, Ilagan said Marcos Jr.’s call to Filipinos to be united “is convenient and self-serving because it is completely in accord with [the family’s] refusal to answer the painful questions and face up to the truth about the crimes of the Marcos dictatorship.”

“When all of these are brought to their attention, [they say] they will not answer because they do not want to engage in ‘negative campaigning,’’ he pointed out.

Ilagan said he was speaking on behalf of his fellow martial law victims in saying that he was outraged and “[even more] fired up to resist any Marcos restoration and Duterte extension” in power.

For Cristina Palabay, secretary general of the rights group Karapatan, the Marcos Jr.-Duterte proclamation rally “embodied their dark intent to pursue the notorious legacies of their dynasties: drenched in the blood of Filipinos they murdered, tortured and arrested; the extent of their trivialization of the sufferings the Filipinos endured under tyrannical rule; the whitewashing of their crimes; and their proclivity to perpetuate historical lies.”

“The variety show and their distorted concept of unity mock the principles of democracy,” Palabay said.

“Bagong Pagsilang” was aired on television and radio and was taught to and sung by children in schools nationwide during martial law.

Here are the lyrics that speak of a new dawn and a new life: Ang gabi’y nagmaliw nang ganap

According to a music book promoting the songs of the New Society (“Mga Awit Sa Bagong Lipunan”), both Ferdinand and Imelda Marcos approved of the work of the national artists, with the late dictator remarking: “These songs very well express what I have conceived of the New Society. I am confident that these will tame the restless hearts of some of our countrymen who have bitterness and hate in their hearts.”

Here are the lyrics of “Bagong Lipunan’’ that moved the Marcos couple: