Comelec to hold only one debate for vice presidential bets 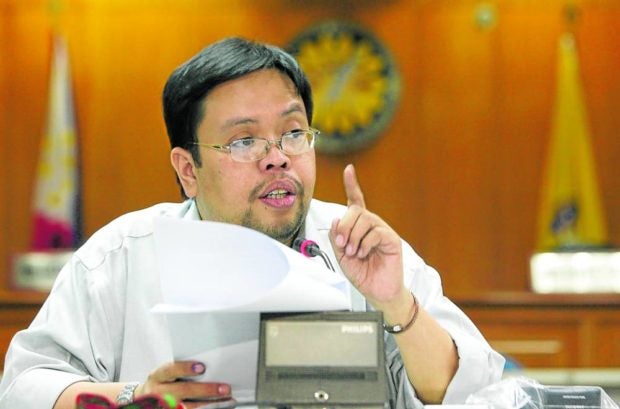 MANILA, Philippines — Organizing a total of six debates for presidential and vice presidential candidates in the next three months before the May 9 elections has proven too much to handle for the Commission on Elections (Comelec).

The Comelec education and information department has dropped its plan approved in October last year to hold three vice presidential debates — the same number for presidential candidates—and will return to having just one debate for those seeking the second highest office.

“We are looking at maintaining the vice presidential debate to one because of the pressure of COVID-19 and there are nine (candidates) so it’s quite challenging,” Comelec spokesperson James Jimenez said in an online press briefing on Tuesday.

Jimenez announced last October that the Comelec would hold the three presidential debates and the equal number of debates for the vice presidential candidates.

The Comelec already postponed the first of the three presidential debates from the last week of February to the first week of March, saying it needed more time to organize them.

“There are a lot of COVID-19 concerns, a lot of negotiations still to be done with the candidates. So we decided not to rush. The latest we will start (the presidential debate) is on March 6 or 7,” Jimenez said.

“Presidential and vice presidential candidates should commit, to the public whose votes they seek, that they will participate in the #PiliPinasDebates2022,” Jimenez said in a Twitter post.

He said the absence of aspirants in the upcoming elections from debates could be a “red flag” for voters.

While noting that the poll body “does not care either way if they come or not” in the debates, Jimenez said the presence of the aspirant was crucial for voters to know them better.

The spokesperson, however, said that the poll body would not “gloss over” the absence of certain political aspirants in the debate.

“I think it’s in recognition of how important it is with the people, that we acknowledge that they fail to show up. It’s not going to be glossed over, it’s not going to be ignored, there’s going to be a podium right there, with their name on it and no face above it,” Jimenez pointed out.

All candidates must participate in debates — PPCRV exec

Comelec debates may be moved to first week of March