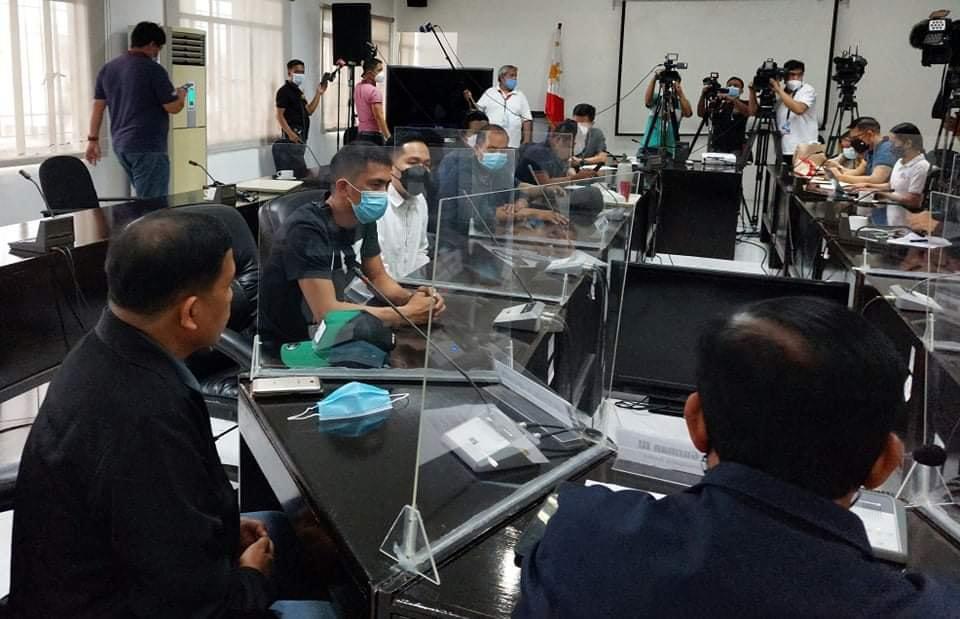 NBI presented to the media the man who voluntarily went to their office to disown the Tiktok account that mentioned of a supposed threat to assassinate presidential candidate Bongbong Marcos. Photo from NBI

MANILA, Philippines — The National Bureau of Investigation (NBI) has presented to the media the person it considers as “person of interest” in the supposed threat mentioned on TikTok to assassinate presidential candidate Ferdinand “Bongbong” Marcos Jr.

At a press conference, the man said he voluntarily went to the NBI to clear his name.

(I want to clear my name. That [the person who made the comment on TikTok] is not me. I do not know why I was dragged into that issue.)

NBI Deputy Director Vicente De Guzman said they are only starting the investigation on the supposed assassination threat that was posted on TikTok.

For now, he said they still have to evaluate the statement that will be provided by the supposed owner of the TikTok account.

NBI’s Cybercrime chief Victor Lorenzo said “we have to thoroughly interview him to see if his statements are consistent with the evidence that we have already gathered.

“As of now, we still do not know if he is a subject, suspect, complainant. We have to determine if he is a victim of identity theft,” he added.

The man appeared on Tuesday before the NBI ready to give his statement. He was asked to bring his own counsel. He returned  Wednesday accompanied by a lawyer.

Justice Secretary Menardo Guevarra said it is safer not to give details about the person.

“I have also directed the NBI to respect the rights of the subject,” Guevarra said. INQUIRER.net will not identify the person to protect his privacy.

During the press conference, the NBI presented the man to the media. The man said he is not the owner of the TikTok account @lluna7. The @lluna account commented on a video posted by username @joiedevivre420 stating that “nagme-meeting kami araw-araw para paghandaan ipa-assassinate (sic) naming si BBM humanda kayo.”

“Hindi po akin yun (That [Tiktok account] is not mine),” he said.

He said someone took his photo from his Facebook account and used it as @lluna7 profile photo.

He said he will surrender his gadgets for forensic examination and also expressed his willingness to undergo a lie detector test.