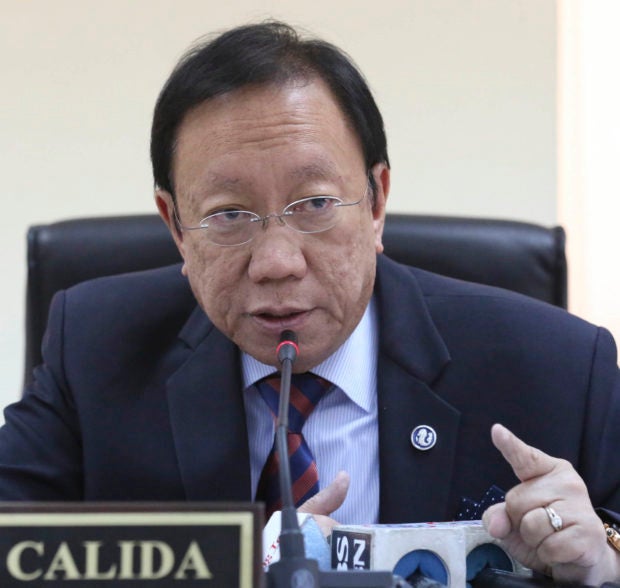 MANILA, Philippines — The Office of the Solicitor General (OSG) on Friday advised the Bureau of Fisheries and Aquatic Resources (BFAR) and the National Telecommunications Commission (NTC) to comply with the ruling of the Malabon City Regional Trial Court (RTC) that declared its controversial fishing boats to install vessel monitoring and electronic reporting systems as void and unconstitutional.

Solicitor General Jose Calida, in a legal opinion, encouraged BFAR Director Eduardo Gongona to comply with the court ruling, which declared the Fisheries Administrative Order No. 266 as unconstitutional.

“Given that the RTC made permanent the preliminary injunction issued by it, and unless the Supreme Court issues any injunctive writ to enjoin the enforcement of the same, the OSG is of the opinion that BFAR and NTC should desist from implementing FAO 266,” Calida said in the letter.

“By virtue of the rendition of the assailed decision, the RTC made the preliminary injunction permanent. As a consequence, the writ shall be immediately enforced, unless stayed or restrained by the Supreme Court,” the OSG said, in its reply letter to BFAR and NTC,” Calida added.

The OSG’s new legal opinion departs from its earlier position that despite the permanent injunction and the absence of the temporary restraining order from the Supreme Court, BFAR and NTC can still implement FAO 266 and direct commercial fishing operators to install the vessel monitoring devices.

“This departs from the earlier Opinion, which was rendered proximately after the filing of the petition before the Supreme Court, that FAO 266 may still be implemented. Owing to the facts that the RTC already ruled on the unconstitutionality of FAO 266, and that the Supreme Court has not issued a restraining order or injunction to stay the writ of permanent injunction, as of date or six months after the Petition for Review was filed, the OSG reconsiders its earlier opinion and accordingly posits that the writ of injunction is immediately executory and may not be stayed simply by appeal,” Calida added.

It can be recalled that a number of commercial fishing companies, through a petition, urged the Malabon City Regional Trial Court to cite BFAR and the NTC for indirect contempt for allegedly defying a court order prohibiting them from implementing Fisheries Administrative Order No. 266.

The order required the installation of VMS-100 transceivers in all commercial fishing vessels operating in domestic waters, in the high seas, and other distant waters.

The order was said to have been issued to fight illegal fishing. But commercial fishing companies said that the information to be recorded and reported  — such as the position of the vessel where the fish was caught, the date and time of vessel activity — were sensitive information and part of their trade secrets and proprietary information.