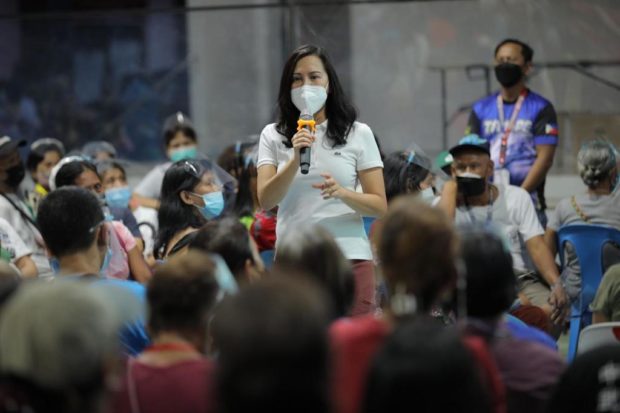 MANILA, Philippines — The Commission on Audit (COA) confirmed that the Quezon City government completed its documents for the year 2020, in line with the P479-million payment for the city’s procurement of relief packs sourced from the Bayanihan Grant.

The COA likewise certified that the documents were in accord with audit standards, and no irregularities were flagged.

In a letter to Mayor Joy Belmonte on January 31, OIC-COA Supervising Auditor Joseph L. Perez reported that his office  have examined and evaluated the pertinent details submitted in various letters by resident auditors in 2021. Perez emphasized that the earlier report of “lacking documents” have “already been substantially complied with.” 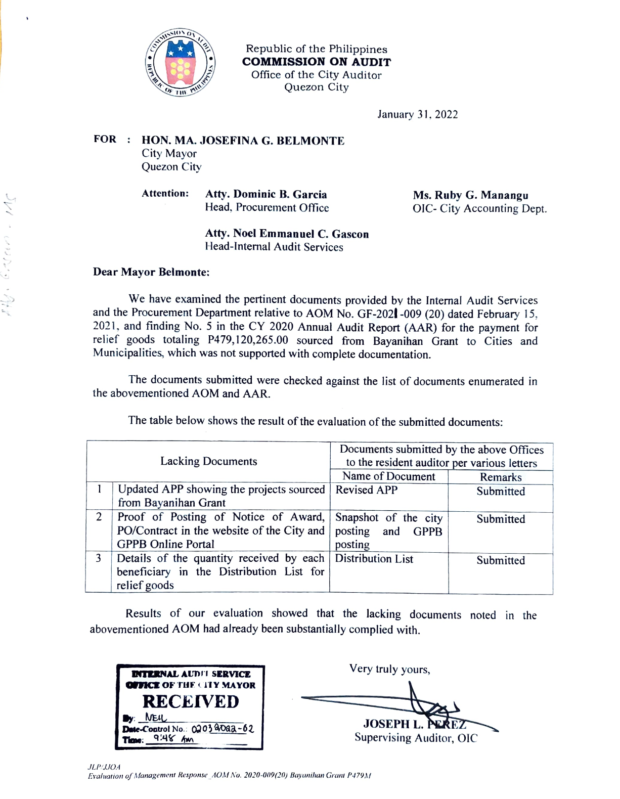 Copy of the Commission on Audit certification as QC LGU submitted its documents in 2020 audit year.

COA issued the certification after mayoralty candidate and current Anakalusugan Rep. Mike Defensor claimed  the Commission was recently “investigating the QC Local Government Unit (LGU)” regarding these purchases.  It turned out that COA was not investigating nor reprimanding the QC-LGU, but merely requesting for pending documentation to complete their year-end audit.

When the issue first came up, Belmonte spokesperson Pia Morato clarified the COA excerpt that Defensor referred to as  an old report posted on the state auditor’s website last July 2021.

She said the QC-LGU quickly submitted the required documents within the week that it was requested.  “After its year-end audits,in the same year, COA awarded the QC-LGU the highest audit rating in the city’s history, she added.

“With this COA certification, I hope we can finally put these ridiculous accusations to rest,” says Pia Morato, spokesperson for the mayor.

“As mentioned previously, this was a sad attempt to turn very old news into fake news, and unfortunately, even the COA had to be involved in this nonsense,” she added.

“I’m not sure what the good congressman was thinking when he made these fake allegations, because they are so easily verifiable. We would once again like to thank the COA for its thorough audit and recognition of our city’s transparency and integrity, in awarding us with an unprecedented Unqualified Opinon,” Morato ended.