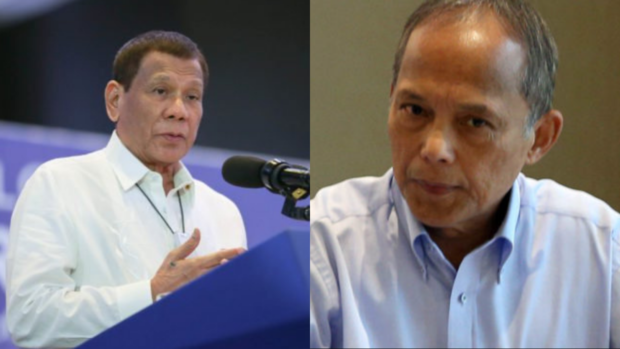 MANILA, Philippines — President Rodrigo Duterte on Friday came to the defense of Energy Secretary Alfonso Cusi after the Senate recommended the filing of charges against the official over the approval of the sale of a majority stake in the Malampaya gas field.

Duterte also vouched that the sale and purchase of the stock of the Chevron Malampaya LLC is aboveboard and the “national interest has been protected and the rights of the government remain intact.”

In a statement, Duterte said the move of the Senate to recommend charges against Cusi and other officials of the Department of Energy (DOE) is “unfair to them and to the public.”

“I view with grave concern an apparent effort at the Senate to put in bad light recent developments involving the Malampaya Gas Field,” he said.

“This casts undue, undeserved, and unwarranted aspersion on the part of some of our key government officials. This is grossly unfair to them and to the public,” he added.

Duterte said he will not allow the Malampaya gas field, which he said contributes to the country’s energy security, “to be jeopardized and embroiled in the political antics of some members of the Senate.”

“I am convinced that this was a private transaction between private entities that must be respected. I am likewise convinced that, in this case, the national interest has been protected and the rights of the government remain intact,” he said, adding that he has seen the report on the sale of stock of the gas field.

“I am calling on our legislators to ensure that our ability to compete is not jeopardized by political intrigues and innuendoes,” he added.

The President called on the senators to “leave business transactions in the hands of the business sector” and “respect their business decisions.”

“Energy Secretary Cusi has my full trust and confidence and shall remain at the helm of the department he heads,” he added.

The Senate has adopted a resolution seeking charges against Cusi and other officials over the approval of the sale of a majority stake in the Malampaya gas field, which they said is “contrary to law and regulation.” #