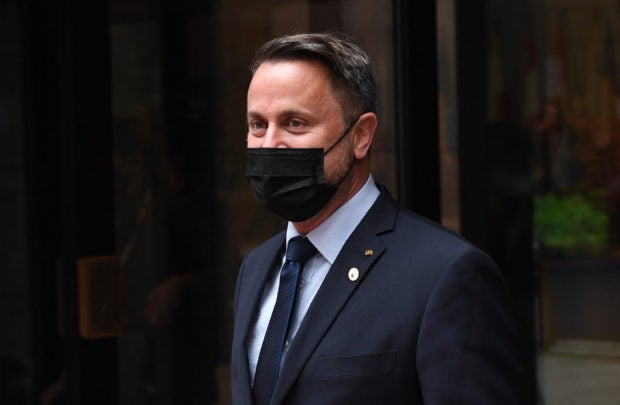 LUXEMBOURG — Luxembourg’s Prime Minister Xavier Bettel on Tuesday announced he was giving up a degree he earned in 1999 after being hit with accusations of plagiarism.

Bettel said he asked the University of Lorraine in France to rescind the Master’s-level degree he was awarded in 1999 “to remove any doubts about the merits of the DEA (degree) and to avoid a loss of confidence in the academic work”.

He did not admit to plagiarism, and said in a statement that “it was not my intention to mislead anyone at the time”.

The plagiarism accusations emerged in an October report by the Luxembourg media outlet Reporter, which said that “more than three-quarters” of Bettel’s thesis written in 1998 — on voting reform in European elections — were taken from non-cited sources.

Bettel at the time said he couldn’t remember the details of what he did decades earlier, but “I could have — and, yes, maybe should have — done things differently” in his academic work for the degree.

The 48-year-old premier, who is a lawyer by training and formerly admitted to Luxembourg’s bar, also has another degree from the University of Lorraine, a Master’s in Law.

The university issued its own statement saying that, after an internal inquiry, it had asked Bettel to quickly redo his degree essay to include “the missing citations” and to adopt its current standards on referencing other work.

It said it had informed Bettel of its decision on Monday.

In his statement, Bettel stressed the university’s finding that he had undertaken an “original work”, though he acknowledged not giving “separate text references for individual passages, which can be considered ‘a form of plagiarism'”.

“I regret this situation and ask the University to accept my apology and my decision,” he said.