COVID as endemic disease: Not weaker but forever with us | Inquirer News
Close
menu
search

COVID as endemic disease: Not weaker but forever with us 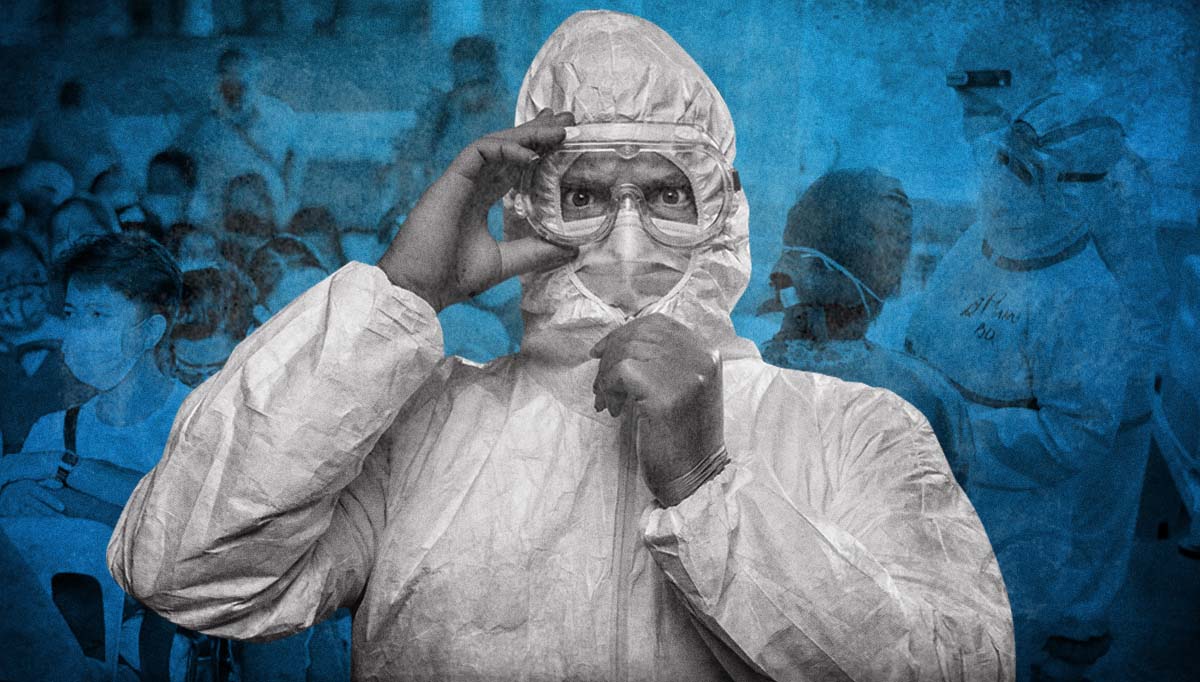 MANILA, Philippines—Two years into the COVID-19 pandemic and despite the spread of the highly transmissible Omicron variant, many people—including political leaders across the globe—have been publicly expressing opinion that the disease, which has no known cure yet, may soon become endemic.

Some even stressed that there might be a need to treat SARS Cov2, the virus that causes COVID, like the one that causes flu and “learn to live with it.”

“COVID is not going away. It’s going to be with us for many, many years, perhaps forever, and we have to learn to live with it,” said UK Health Minister Sajid David.

“I think we are leading Europe in the transition from pandemic to endemic and we’re leading the way in showing the world how you can live with COVID,” he added.

Discussions about COVID becoming endemic have been around since last year. However, several experts have questioned whether the current pandemic will shift into an endemic phase.

In this article, INQUIRER.net will try to explain what it means for a disease to become endemic, and answer whether we are already in the endemic phase.

The emergence of SARS-CoV-2 has highlighted the difference between three important terms in epidemiology: epidemic, pandemic, and endemic.

An epidemic, according to Dictionary.com, refers to a disease that affects “many persons at the same time, and spreads from person-to-person in a locality where the disease is not permanently prevalent.” 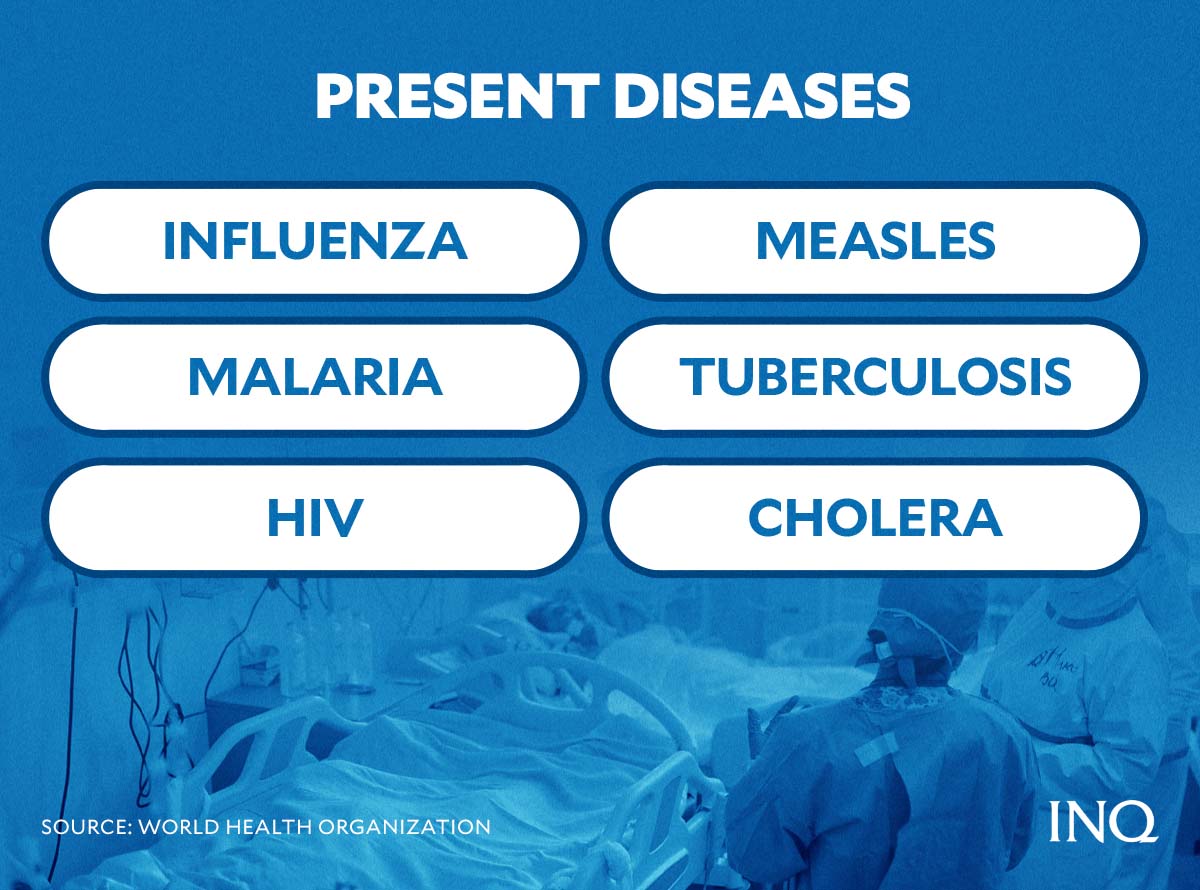 The United States Centers for Disease Control and Prevention (CDC) defined an epidemic as the prevalence of a particular disease that is usually present in a community.

The CDC also noted that epidemic could also refer to a sudden increase in the number of cases of a disease which is “above what is normally expected in that population in that area.”

The term’s prefix, -epi, means “on, upon, near, at” in the Greek language. This means that an epidemic refers to the start of a disease that is rapidly spreading within a community or region.

On the other hand, pandemic—with the prefix -pan meaning all and the Greek root “demos” meaning people —refers to an epidemic that has spread over a larger area or a disease which is “prevalent throughout an entire country, continent, or the whole world.”

The World Health Organization (WHO) defined the term pandemic as “a worldwide spread of a new disease.”

In March 2020, the WHO declared COVID-19 as a pandemic after it has spread globally and due to its severity.

According to Columbia University’s Mailman School of Public Health, WHO declares a pandemic “when a disease’s growth is exponential.” 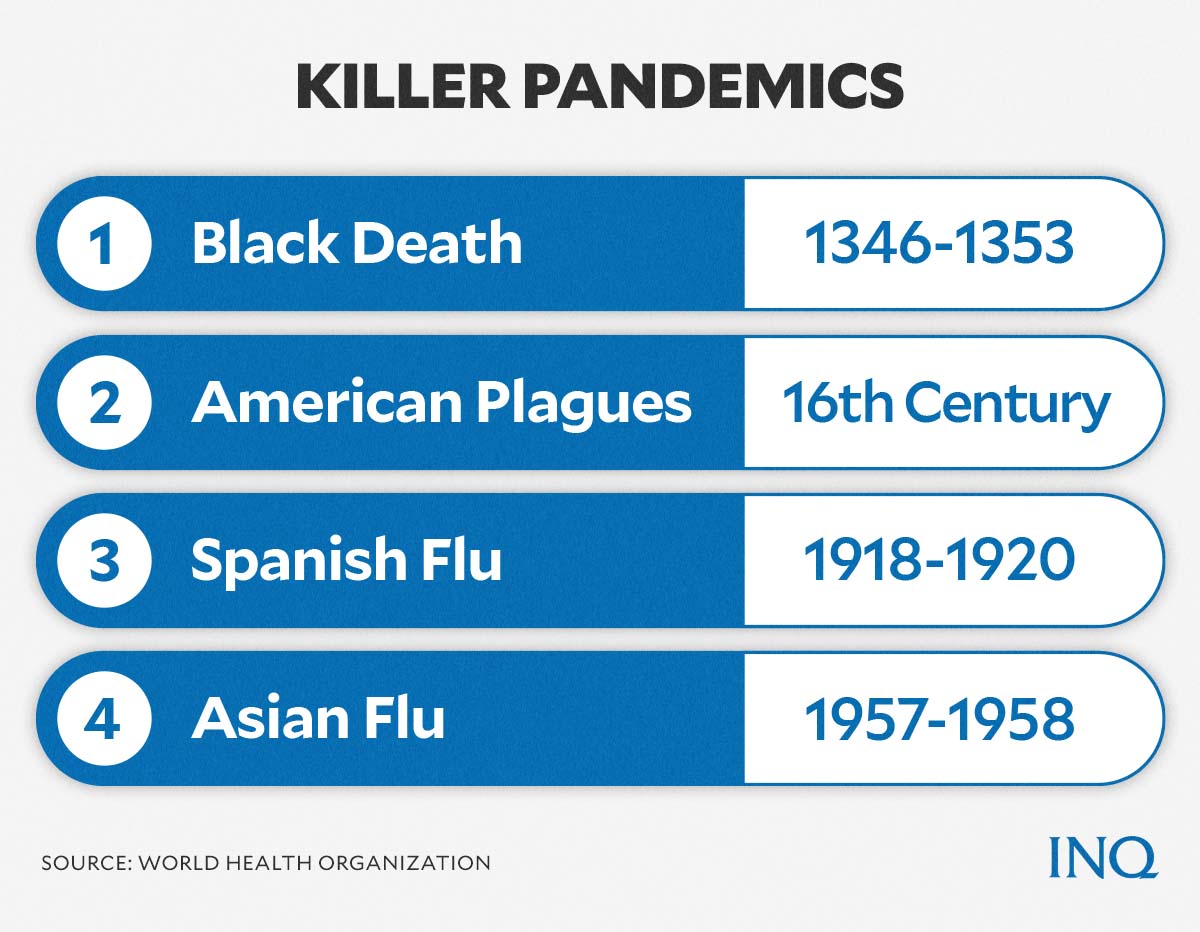 This means that the growth rate sharply and steadily increases, and each day cases grow more than the day prior.

“In being declared a pandemic, the virus has nothing to do with virology, population immunity, or disease severity. It means a virus covers a wide area, affecting several countries and populations,“ it added.

So, what is an endemic?

Endemic, as defined by Dictionary.com, means “natural to, native to, confined to, or widespread within a place or population of people.” It is also most commonly used to describe a disease that is prevalent in or restricted to a particular location, region, or population.

An endemic disease, according to WHO, is constantly present in a population within a particular region. 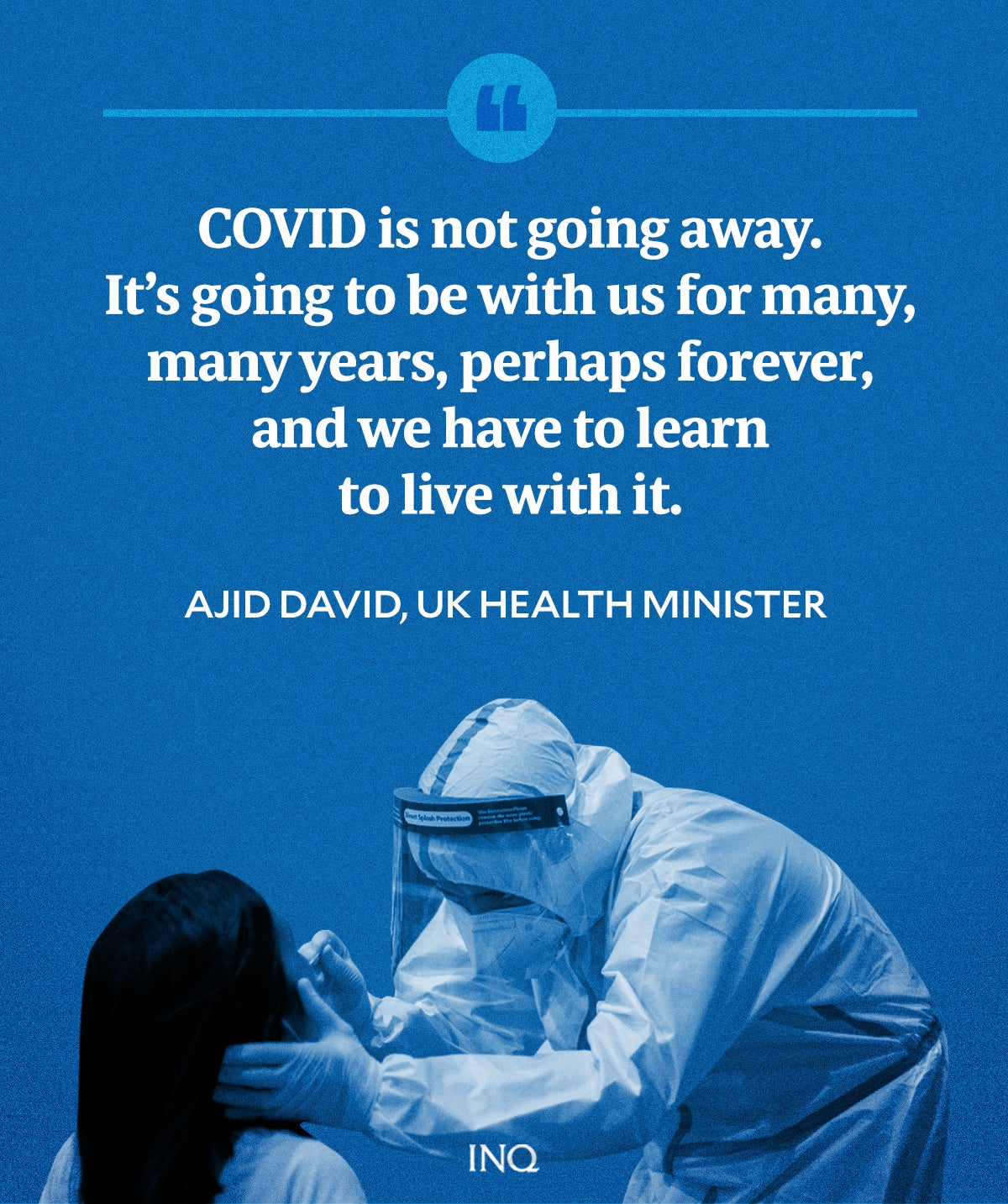 The Mailman School of Public Health described endemic as “a disease outbreak that is consistently present but limited to a particular region. This makes the disease spread and rates predictable.”

Some of the endemic diseases, which are still common up to this date, include influenza, malaria, HIV, measles, tuberculosis, and cholera.

“The WHO defines pandemics, epidemics, and endemics based on a disease’s rate of spread,” explained the Mailman School of Public Health.

“Thus, the difference between an epidemic and a pandemic isn’t in the severity of the disease, but the degree to which it has spread,” it added.

What does being in the endemic phase actually mean?

Research and studies suggested that  SARS-CoV-2, once thought to linger for only weeks or months at the pandemic’s onset, may be with us for good.

The possibility is not remote for SARS-CoV-2 to become a “forever virus”, according to experts, and this could rearrange the way the Philippines and other countries respond.

Aside from increasing infections, the emergence of different variants, lack of vaccine supply, vaccine hesitancy among people, and gaps in local and international response point to a possibility of  SARS-CoV-2 staying with us for a longer period, according to a report in the Foreign Affairs Magazine.

“Rather than die out, the virus will likely ping-pong back and forth across the globe for years to come,” said American epidemiologist Larry Brilliant in the report. Many other health experts shared Brilliant’s view.

As early as May 2020, World Health Organization (WHO) emergencies director Dr. Mike Ryan had already warned that the COVID virus might never disappear.

“It is important to put this on the table: this virus may become just another endemic virus in our communities, and this virus may never go away,” Ryan said at an online press conference that time.

This means that the virus causing COVID-19 might continue to spread among populations across the world.

READ: Coping with COVID: A virus that’s likely to stay

However, contrary to statements by some experts last year, declaring the current coronavirus as endemic does not mean that the virus will weaken or become similar to seasonal or normal flu. 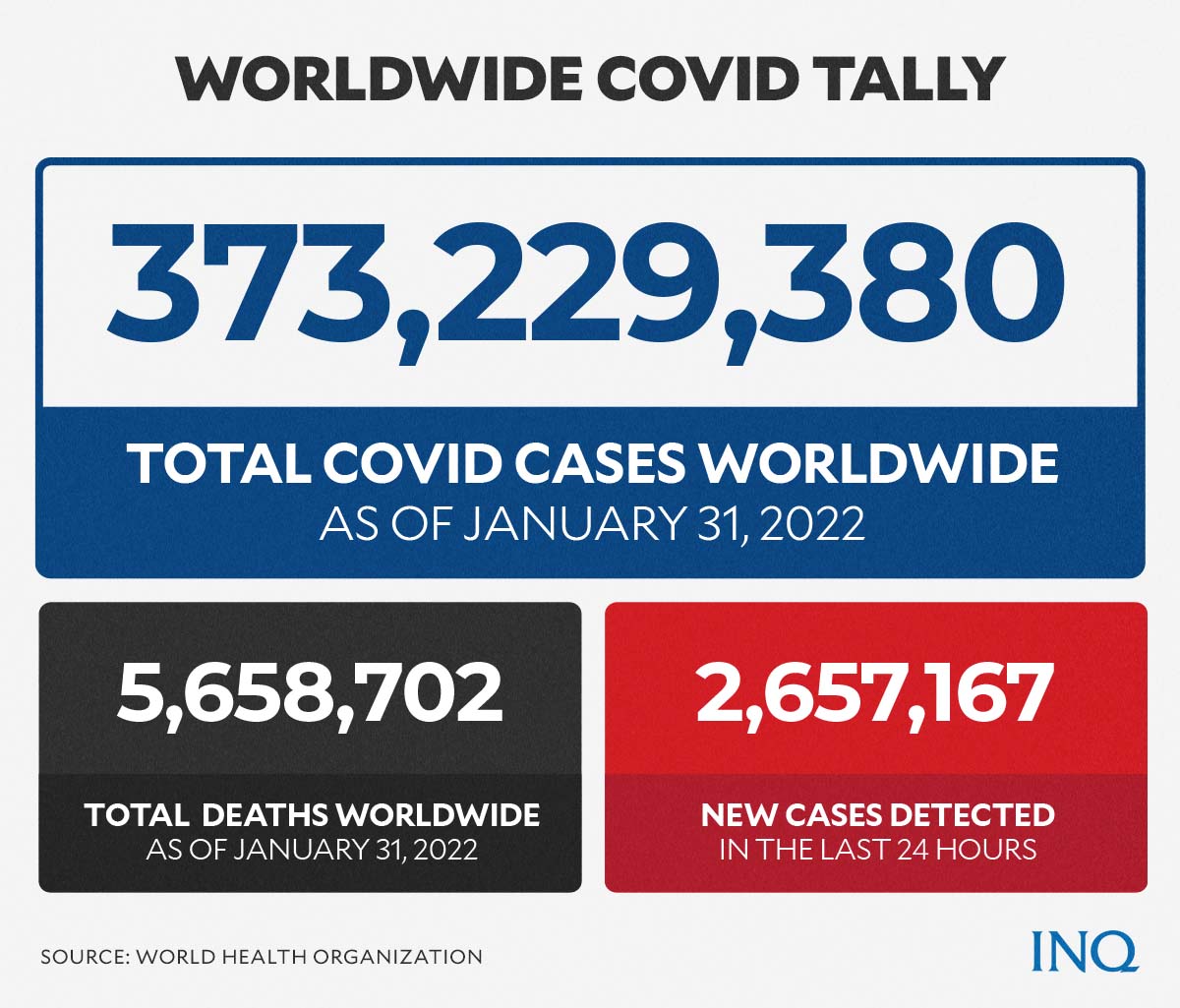 Angela Rasmussen, a virologist from Georgetown University, has previously explained that while there is the likelihood that the virus will become endemic, it is hard to predict the pattern it will take.

According to Aris Katzourakis, a professor of evolution and genomics at the University of Oxford in the UK, the term endemic “has become one of the most misused of the pandemic.”

“There is a widespread, rosy misconception that viruses evolve over time to become more benign,” he said in an article recently published in Nature, a peer-reviewed science journal.

“This is not the case: there is no predestined evolutionary outcome for a virus to become more benign, especially ones, such as SARS-CoV-2, in which most transmission happens before the virus causes severe disease. Consider that Alpha and Delta are more virulent than the strain first found in Wuhan, China,” he added.

On Jan. 11, the WHO has warned governments and the public against treating COVID-19 as an endemic illness, like flu, amid the spread of the highly transmissible Omicron variant, as well as the rise of new variants.

The warning—including Katzourakis’ statement—came after what the WHO described as a growing trend in countries across the globe, where governments drop pandemic restrictions and suggest to begin treating COVID-19 as an endemic illness like the flu.

“Thinking that endemicity is both mild and inevitable is more than wrong, it is dangerous: it sets humanity up for many more years of disease, including unpredictable waves of outbreaks,” Katzourakis explained.

“It is more productive to consider how bad things could get if we keep giving the virus opportunities to outwit us. Then we might do more to ensure that this does not happen,” he added.

For Yonatan Grad, associate professor of immunology and infectious diseases at Harvard TH Chan School of Public Health, factors such as immunity conferred from natural infection and vaccines, patterns of social contact, and virus transmissibility influence the COVID-19 situation in the future—especially it will become endemic.

“The expectation that COVID-19 will become endemic essentially means that the pandemic will not end with the virus disappearing,” he clarified.

“[I]nstead, the optimistic view is that enough people will gain immune protection from vaccination and from natural infection such that there will be less transmission and much less COVID-19-related hospitalization and death, even as the virus continues to circulate,” he added.

Are we in the endemic phase?

The WHO, including experts in the field, believe that it is still too early to declare endemicity.

“We still have a huge amount of uncertainty and a virus that is evolving quite quickly, imposing new challenges. We are certainly not at the point where we are able to call it endemic,” said Catherine Smallwood, WHO’s senior emergency officer for Europe, at a press briefing last month.

According to Boston University epidemiologist Eleanor Murray, an infectious disease can be classified to be in the endemic phase if the rate of infections has more or less stabilized through the years.

“A disease is endemic if the reproductive number is stably at one. That means one infected person, on average, infects one other person. Right now, we are nowhere near that. Each person who’s infected is infecting more than one person,” Murray said in an interview with Vox Media.

The availability of treatments for both the long-term and early stages of COVID-19—such as Molnupiravir, US drugmaker Merck’s anti-COVID-19 pill—as well as factors including hospital bed capacity can help determine whether COVID-19 should be declared endemic.

“What you want is to get to a stage where you don’t have to worry about disruption because of COVID,” Murray told Vox Media.

“The pandemic is over when the crises stop — not just when we get to a certain level of death,” she added.