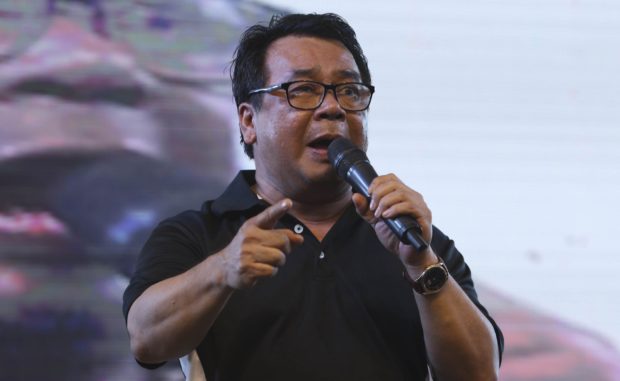 During his speech for the acceptance of 1Sambayan’s nomination for him to be a part of its senatorial slate, Colmenares confirmed that Makabayan Coalition is already endorsing Robredo and Pangilinan.

(At this point in time, I would like to express, in the name of my party–the Makabayan Coalition–our endorsement and strong support for VP Leni Robredo for president and Senator Kiko Pangilinan for vice president.)

(This is based on a unified position on issues of pandemic response; uplifting the lives of our workers, farmers, marginalized and natives; environmental issues; human rights and real peace; sovereignty in the West Philippine Sea.)

“We welcome the inclusion of Neri Colmenares in the 1Sambayan opposition slate. We likewise support the endorsement made by the Koalisyong Makabayan for the candidacies of Leni Robredo and Kiko Pangilinan. It is now #Makabayan4LeniKiko,” Reyes said.

“This is an important development in unifying all democratic forces in defeating Marcos and Duterte. This gives our nation hope for meaningful reforms amid the worsening crisis of the past six years. We look forward to seeing the different groups working together to defeat tyranny and advance democracy,” he added.

The decision of the Makabayan to support Robredo and Pangilinan ends months-long speculation about whom the coalition would support, given that Colmenares was not included in the Vice President’s slate which she released last October.

Colmenares, a human rights lawyer and Bayan Muna chair, officially joined the opposition coalition 1Sambayan’s Senate ticket, hopefully putting an end to the bitter infighting within the opposition and reinvigorating hopes for a broad united front against the specter of a Marcos presidency.

“It is a huge honor for me to be chosen as one of the senatorial candidates of 1Sambayan,” he said in a speech. “I will not let you down. With your support, we can become a true voice for the marginalized in the Senate.”

“It has been a long journey since I first started talked with (the 1Sambayan convenors) on the need to forge a broad united front for the 2022 elections,” he added. “Now, one week before the official campaign period, I am happy to see my efforts bearing fruit.”

Colmenares is one of the two Left candidates—the other being labor leader and lawyer Sonny Matula—endorsed by 1Sambayan.

He however is the only one not on Robredo’s official Magic 12, which was taken up by guest senatoriables which she shares with other presidential candidates.