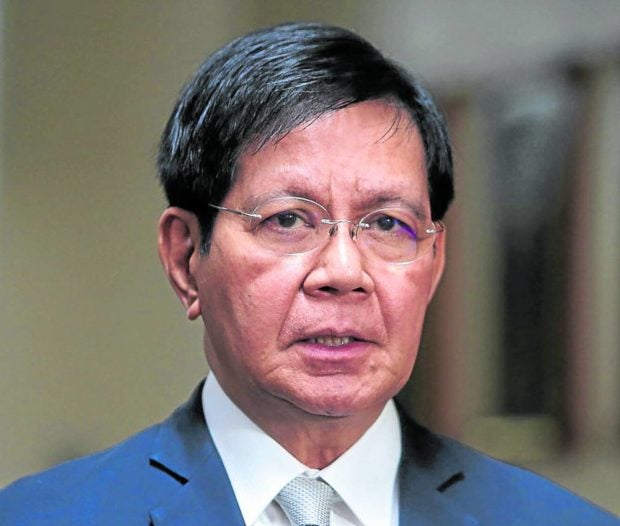 MANILA, Philippines — While Senator Panfilo Lacson has been adamant about reforming the way the country crafts its annual budget, there were concerns that the reform might lead to a crisis between the executive branch which prepares the budget, and the legislative which deliberates it.

But during the presidential job interview hosted by DZRH, Lacson allayed such fears, noting that he would do the reforms so that lawmakers, especially from the House of Representatives, are involved.

What Lacson would do if he is elected president is to ask lawmakers to send representatives to their constituents to have a hand in the planning stages, which will be crucial for budget preparations.

(The budget reform agenda I have in mind will involve congressmen in the formulation of the budget right at the local level. They can send a representative to the Barangay Development Council as specified in the Local Government Code.)

(They themselves can go to the municipal/city council meetings and even the provincial council meetings, and this is how the so-called National Expenditure Programs are drafted – the ones before they’re sent to Congress.)

Should incidents arise, like lawmakers boycotting the session due to disagreements with the executive branch, he would simply say that the country has to operate on the current budget and wait for a reenacted one — or a budget passed the fiscal year itself.

Lacson said a reenacted budget would not harm the government operations, as it can rely on the previous year’s funding to deliver services.

Lacson has been an adamant supporter of budget reforms, acting as a watchdog during budget deliberations which some believed led to lawmakers being mad at him for intently scrutinizing appropriations.

According to the Senator and his running mate, Senate President Vicente Sotto III, the budget reforms would also empower local government units. They really have to be consulted regarding what kind of projects must be implemented.