Rose Nono-Lin absent during Senate hearing due to COVID-19 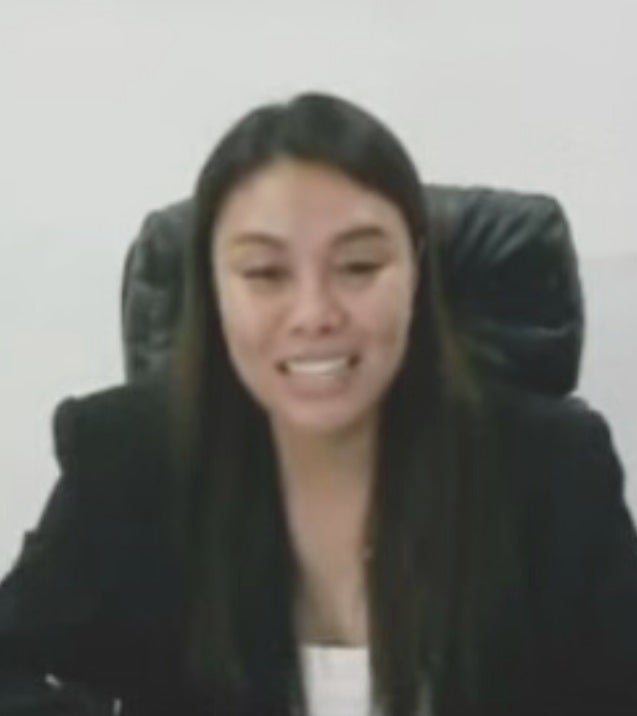 MANILA, Philippines — Rose Nono-Lin, who was linked to the controversy involving Pharmally Pharmaceutical Corp., was a no show during the Senate blue ribbon committee hearing because she contracted COVID-19.

“We sent a subpoena to Rose Nono-Lin. But this afternoon, her lawyers sent a letter, seeking that she be excused because she had tested positive for COVID among other gastro-illnesses and body malaise,” said Rodolfo Noel Quimbo, director-general of the Senate panel’s oversight office management, during Thursday’s hearing.

“It’s quite extraordinary that every time we have hearing, Ms. Nono-Lin refuses to testify for some reason or another,” Gordon said.

“First it was the typhoon and now, she suddenly had COVID. Medical certificate to accompany that?,” he added.

Quimbo then shared what the medical certificate contained.

“A medical certificate has accompanied the letter. It was issued by Maria Millicent Cariño. She is a laparoscopic and hepato-pancreato-biliary surgeon and she says that Ms. Nono-Lin is for admission for further work up, chest X-ray, CT scan, creatinine, [complete blood count], urinalysis, and other tests,” Quimbo said.

“The doctor also says that she will be referred to an infectious disease specialist and an internal medicine/pulmonology doctor, Your Honor,” he continued.

Gordon ordered Quimbo to look into the doctor because of his doubts.

(If she could campaign and not attend this hearing, it is easy for a rich person who has a garage birthing a car, I am wondering and you cannot remove my doubts on why she cannot go here.)

Nono-Lin was quizzed about a luxury car registered to her name during a previous hearing, which she said she just found out in their garage.

Nono-Lin is also gunning for a congressional seat in the upcoming elections.

Nono-Lin, along with four other people linked to the controversy involving Pharmally, was cited in contempt for snubbing the hearings. The others were Gerald Cruz, Jayson Uson, Sophia Custodio, and Dennis Manalastas.

The Senate blue ribbon committee has been conducting an inquiry on the government’s procurement of COVID-19 supplies in 2020.

Based on the Senate’s investigations, Pharmally bagged government deals worth billions of pesos for various medical supplies despite having a paid-up capital of only P625,000.