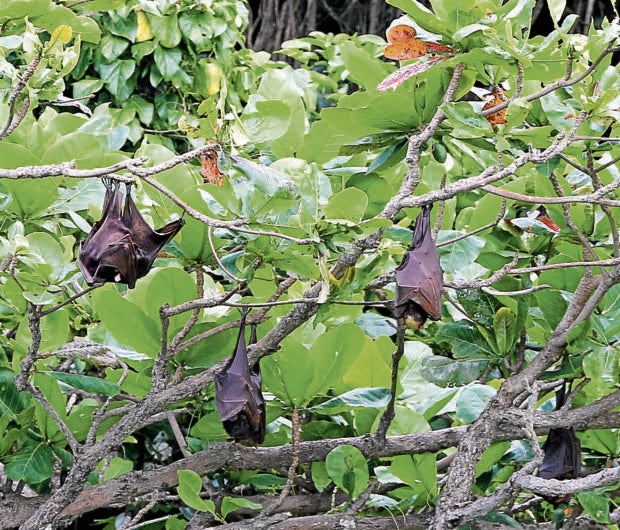 NOW A RARE SIGHT The group Friends of the Flying Foxes, during a survey and bat count on Oct. 17, 2017, documents several golden-crowned flying foxes in their roosting site on Boracay Island. There has been no sighting of the endangered fruit bats on the island in Malay, Aklan, for more than two years. —PHOTO COURTESY OF APOLINARIO CARIÑO

ILOILO CITY—Conservationists have called for the protection of remaining beach forests in Boracay as they fear the loss of an endangered fruit bat species last seen roosting on the island in Malay, Aklan, more than two years ago.

In a report posted on its Facebook page on Jan. 23, Friends of the Flying Foxes (FFF) said the forests on the popular resort island should be declared as a critical habitat site as this could result in the return of the golden-crowned flying fox (Acerodon jubatus) to its roosting site.The group, which is advocating the protection of fruit bats in Boracay, said the golden-crowned flying foxes survive on native fruit trees.

“We should protect the remaining beach forests of Boracay in the north, central and southern portion [of the island] to be declared as critical habitats, being the few remaining forest patches of beach forests on limestone in the Philippines,” it said.

Boracay is home to three species of the flying foxes, including the golden-crowned flying fox, which is endemic to the Philippines but has been categorized as among the endangered species under the International Union for Conservation of Nature’s Red List. It is so named because it resembles a winged fox.

The number of bats belonging to the endangered species on the island has dropped sharply from about 15,000 in 1986 to less than 100 in recent years. At their peak number, the bats were a tourist attraction during sunset when they flew to the Aklan mainland to feed on fruits from forest trees.

Bats play a key role in the regeneration of trees and in preserving the fast-dwindling forest cover as they disperse seeds over their flight route, according to FFF.

In an earlier interview, Julia Lervik, FFF president, said they were hoping that the bats had found an alternative roosting site nearby.But she pointed out that these nocturnal flying mammals rarely transfer roosting sites. 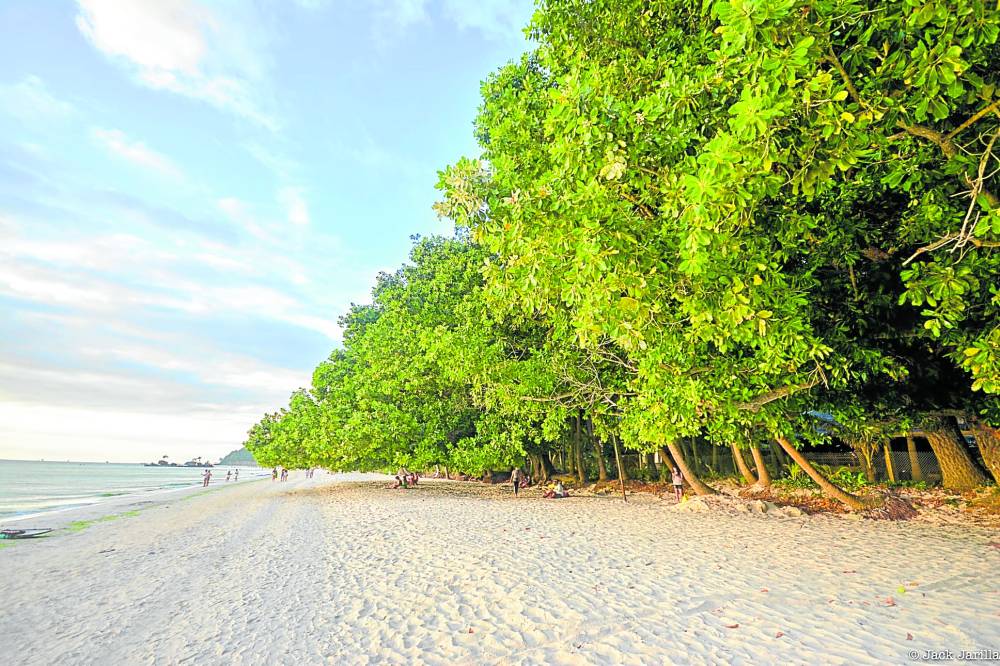 NOW A RARE SIGHT The group Friends of the Flying Foxes, during a survey and bat count on Oct. 17, 2017, documents several golden-crowned flying foxes in their roosting site on Boracay Island. There has been no sighting of the endangered fruit bats on the island in Malay, Aklan, for more than two years. —PHOTO COURTESY OF JACK JARILLA

FFF said the drastic decline of the population of the bats was mainly due to human activity and disturbance of their habitat. It said the bats needed a 200-meter buffer zone to their nearest roosting site to be shielded from human activity.

Among those that the conservation group blamed for the disturbance of the roosting site in previous years were helicopter tours.

But a drastic decline was also observed when a developer bulldozed roosting trees in Barangay Yapak in June 2017 as part of a road clearing activity.

“When [the bats] returned to their summer roost site in 2018, the regular roosting trees were gone,” FFF said.

The group has been appealing to the government to declare the bats’ roosting site as critical habitat and a protected area. But the area, according to the Department of Environment and Natural Resources, is part of a private property.

FFF stressed that the protection of the remaining wildlife in Boracay was essential in maintaining a healthy ecosystem.

“As the whole world has been locked up in a pandemic, we believe that it is even more essential that we educate [the public on] the importance of our flying foxes and the protection of their roost sites and habitats. In terms of diseases, biodiversity is key to maintaining the health of people, animals and the environment,” it said.