newsinfo / Nation
Nation
BECAUSE BILATERAL TALKS WITH CHINA IS DISADVANTAGEOUS

Robredo: PH must use PCA ruling as ‘weapon’; form coalitions to deal with sea row 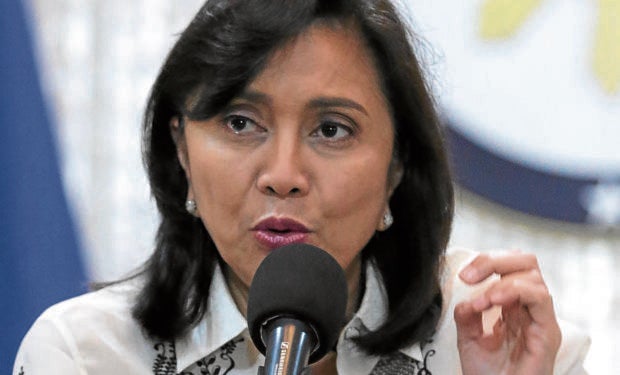 MANILA, Philippines — The dispute over the West Philippine Sea (WPS) cannot be solved by simply engaging in bilateral talks with China, according to Vice President Robredo, stressing the need for the Philippines to instead form coalitions with its neighbors to deal with the issue.

In an interview with talk show host Boy Abunda during the 2022 Presidential One-On-One Interviews aired on Wednesday, Robredo said that she has been reminding the government that it might not be good for the Philippines to only enter in bilateral talks with China considering the latter’s immense size and influence.

She asserted that using the Permanent Court of Arbitration ruling that invalidated China’s nine-dash line claims over the WPS for lack of legal and historical basis as the country’s “weapon” and exploring the possibility of multilateral talks should be the way to go.

Robredo was referring to other Southeast Asian countries like Vietnam, Indonesia, and Malaysia that are likewise at odds with China’s push for maritime supremacy over the entire South China Sea.

But while she is keen on forging new ties, Robredo said the country must also spend properly in terms of its defense capabilities.

China’s intrusion over the WPS has been a big issue during the term of President Rodrigo Duterte, as critics claimed that he allowed the Asian superpower free reign over the disputed areas.

While Duterte said he was not the one responsible for yielding territories in the WPS, he also maintained that the country cannot afford to go to war with China and that Manila s is indebted to Beijing.

But in 2021, several events marked China’s continuous insistence that most of the WPS belong to them.

Ayungin Shoal where BRP Sierra Madre was intentionally grounded to serve as an outpost of the Philippine Navy is well within the country’s exclusive economic zone (EEZ).

In March 2021, the Philippine Coast Guard and the National Task Force on the WPS said that over 220 Chinese ships were spotted in line formation near the Julian Felipe Reef.

The reef is just 175 nautical miles west of Bataraza, Palawan — also inside the country’s EEZ.

‘Fired it off’: PH protests presence of 240 Chinese ships in WPS