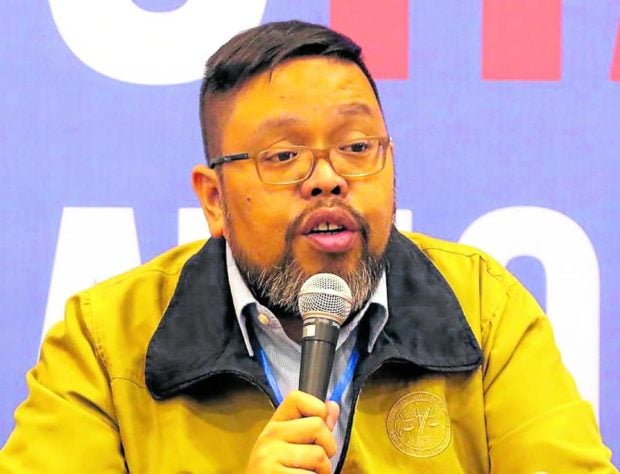 MANILA, Philippines — The Commission on Elections (Comelec) is “following the process” and has decided to go ahead with printing the 67.4 million ballots for the May 9 elections without including the Supreme Court’s three last-minute additions to the final list of candidates.

The list of 10 candidates for president, nine for vice president, 64 for senator and 177 for party-list group was unchanged in the ballot face template released on the Comelec website on Tuesday.

The Comelec also released on its website the template for every city and municipality with the final list of local candidates.

It did not include what would have been a 10th vice presidential candidate, a 65th senatorial candidate and a 178th candidate party list group that secured temporary restraining orders (TROs) from the Supreme Court while the poll body was beginning to print the ballots.

“I don’t know what to say [to them]. We are following the process that was laid out long before any of this happened,” Comelec spokesperson James Jimenez said at a press briefing by video link on Tuesday afternoon.

“Ultimately, we have to look at what is necessary for the elections. As for the people who feel aggrieved, there are remedies available and we would encourage them to avail [themselves] of those,” he said.

According to Jimenez, the election commissioners decided to push through with printing the ballots with the original list of candidates because “by the time the TROs came out, the serialization of the ballots has already been completed, so the ballots were ready to go.” He was referring to the process of assigning security serial numbers to each ballot.

“We started printing again when the TROs came out; the ballots have been prepared. So there was nothing to do but to just go ahead and print the ballots,” he went on.

The Comelec started printing ballots on the evening of Jan. 20, beginning with the 225,000 manual ballots to be used by overseas voters who will vote manually, local absentee voters, and voters in the 63 barangays in North Cotabato that joined the Bangsamoro Autonomous Region in Muslim Mindanao (BARMM).

Close to noon of Jan. 23, the Comelec said it had started printing the automated-election ballots with the preprinted names of candidates beginning with the 2,588,193 ballots to be used in the BARMM.

Jimenez admitted that in a radio interview on Jan. 22, he said the two aspirants who had been declared nuisance candidates by the Comelec but managed to secure TROs from the Supreme Court would be accommodated on the ballot.

On Jan. 24, another Comelec-rejected party list group, Juan-Pinagkaisang Ordinaryong Mamamayan Para Yumabong (or Juan Pinoy), was issued a TRO by the Supreme Court.

Jimenez claimed that there had been a precedent in which the Comelec received a last-minute restraining order from the high court but proceeded with the ballot printing excluding the additional candidates.

“As far as I know, this is not the first time; this has happened before,” he said.

But when he was asked for details, he said he could not recall the precedent.

The Comelec plans to complete printing the record 67,442,714 ballots by April 21, or two weeks before the elections.