Tedros in one-man race to remain at WHO helm 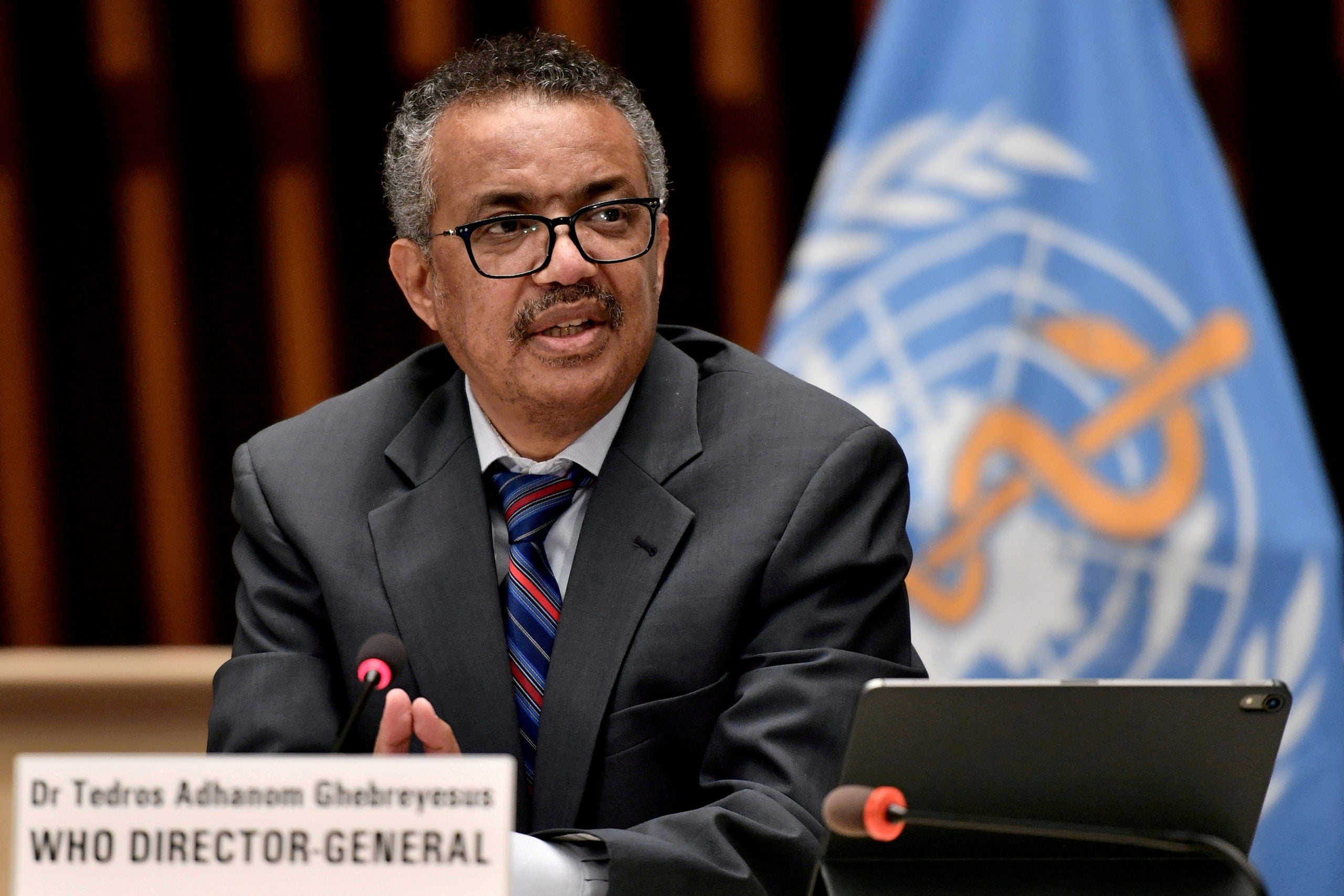 GENEVA — Tedros Adhanom Ghebreyesus, one of the most recognizable figures of the global battle against Covid-19, will stand unopposed Tuesday for the nomination to continue heading the World Health Organization.

The first African leader of the UN health agency is expected to see his candidacy validated following a secret-ballot vote in a closed-door session of the WHO’s executive board on Tuesday.

All 194 WHO member states will then have a say when they meet in May on whether to allow the former Ethiopian minister of health and foreign affairs to continue in the role he has held since 2017.

As the sole contender, there is little doubt that Tedros will be re-elected.

Since Covid-19 burst onto the global stage more than two years ago, the 56-year-old malaria specialist has received much praise for the way he has steered the WHO through the crisis.

African countries in particular have been pleased at the attention paid to the continent and at his relentless campaign for poorer nations to get their fair share of Covid vaccines.

The main source of opposition meanwhile is coming from Tedros’s own country.

Ethiopia’s government has voiced growing irritation over his comments about the humanitarian situation in his home region of Tigray, in the grip of a 14-month conflict.

After Tedros earlier this month described the conditions there as “hell” and accused the government of preventing medicines and other life-saving aid from reaching desperate locals, Addis Ababa demanded he be investigated for “misconduct and violation of his professional and legal responsibility”.

Ethiopia does not, however, appear to have much support in its criticism.

“He has indeed expressed himself forcefully, but what he is saying corresponds to facts observed by the heads of all the humanitarian agencies,” a western diplomatic source told AFP on the condition of anonymity.

“There was no misconduct.

“Ethiopia’s government, from the start, has sought to block Dr. Tedros from being reappointed WHO director-general,” the source said, pointing to how Addis Ababa had blocked the African Union from unanimously tossing his hat in the ring.

Despite Ethiopia’s opposition, 28 countries supported Tedros’s candidacy, mostly from Europe, but also a handful from Africa, including Kenya and Rwanda.

The United States is also now largely supportive of the WHO chief.

That marks a major about-face from the start of the pandemic, when former president Donald Trump’s administration began pulling the United States out of the WHO, accusing it of being Beijing’s puppet and helping cover up the initial outbreak.

Trump’s successor Joe Biden halted the withdrawal, and Washington has voiced stronger support for Tedros as he has taken a sterner tone with China, demanding greater transparency around the origins of the outbreak.

Beijing has rebuked the WHO chief for some of those comments, but still says it supports his candidacy.

Beyond the pandemic, Tedros has faced a barrage of criticism, including from nations supporting his second term bid, over his handling of devastating allegations of rape and sexual assault by humanitarian workers, among them 21 WHO employees tackling Ebola in the Democratic Republic of Congo between 2018 and 2020.

Speaking to the executive board on Monday, Tedros insisted the WHO had “zero tolerance for sexual exploitation, abuse and harassment”.

Tedros’s second term will likely be dominated by the towering task of strengthening the WHO, whose weaknesses have been laid bare as the pandemic lashed the planet.

Many countries are demanding significant reforms, but the extent and shape of the changes has yet to be defined, with some nations wary that a stronger WHO might encroach on their sovereignty.

Tedros is also calling for a vast reform of WHO financing, warning it does not have the funding needed to respond to the numerous crises it is asked to respond to around the globe.