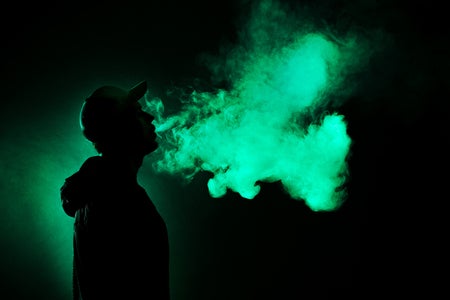 “Mr. President we appeal to you to veto the vape bill. It is a deregulation of e-cigarettes and heated tobacco product,” said Dr. Maricar Limpin, president of the Philippine College of Physicians (PCP), in a virtual press briefing.

“This vape bill will actually break the vow you made to Filipino people to fight addiction. What will happen is it will increase addiction to cigarettes and alcohol and illicit drugs,” she added.

Last week, the bicameral conference committee reconciled the disagreeing provisions of the Senate and House versions of the bill.

The PCP, along with the Philippine Medical Association, Philippine Pediatric Society and 55 other medical, allied and public health professional organizations, made the same call in letter sent to Mr. Duterte in December last year.

Limpin stressed that the aim behind the bill was for the tobacco industry to expand its market to include children.

“The truth is the tobacco industry wants to expand its market by making it available to children, their future clientele,” she said.

Dr. Corry Avanceña, a pediatric pulmonologist, urged Duterte to think of his daughter, Kitty, in vetoing the bill.

“I want to ask the President to think of his daughter when vetoing the bill. Let’s think of Filipino children. We don’t want them to start a habit,” said Avanceña, who was also pushing for allowing vape access only for those aged 21 and above.

The doctors said the measure would undermine health regulation when it transfers regulatory authority from the Food and Drug Administration (FDA) to the Department of Trade and Industry.

The proposed law also lowers the age limit for vaping from 21 to 18 years old, and removes the existing two-flavor restriction.

The medical societies also decried the tobacco industry for allegedly misleading some doctors to support false claims on the controversial measure.

Limpin said some doctors were claiming that the bill would finally regulate vaping by making it available so smokers can stop smoking, and minors would be protected.

“This is misinformation peddled by the tobacco industry,” she said.

Eric Domingo, former director general of the FDA also stressed that vape products must be regulated by the FDA. INQ