Italy’s Berlusconi in hospital for routine tests, his doctor says 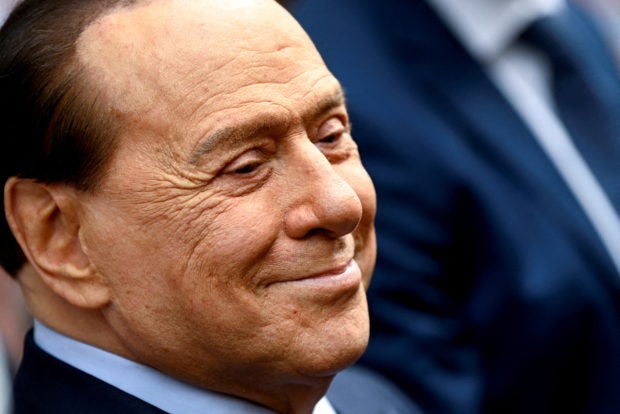 MILAN — Former Italian Prime Minister Silvio Berlusconi is in a Milan hospital for routine checks, his personal doctor said on Sunday, a day after the 85-year-old decided not to run for president.

Berlusconi, a four-time prime minister of Italy, had major heart surgery in 2016 and has also had prostate cancer. He has been repeatedly admitted to hospital over the past year after contracting COVID-19 in 2020.

Alberto Zangrillo said in a statement that Berlusconi was undergoing long-scheduled tests in the hospital.

A spokesperson for Berlusconi, who on Saturday said that he had decided against running for president ahead of a parliamentary vote beginning on Monday, did not respond to a Reuters request for comment.

Zangrillo said Berlusconi was admitted to the San Raffaele hospital on Sunday, after he announced the decision to drop his presidential bid.

Two sources with knowledge of the matter told Reuters he had been in hospital since Thursday.

Italy’s rightist coalition had asked Berlusconi to run, but any bid by him was unlikely to be successful due to difficulties in mustering the broad support traditionally needed among more than 1,000 lawmakers and regional delegates.