Armenian president quits over lack of influence in ‘difficult times’ 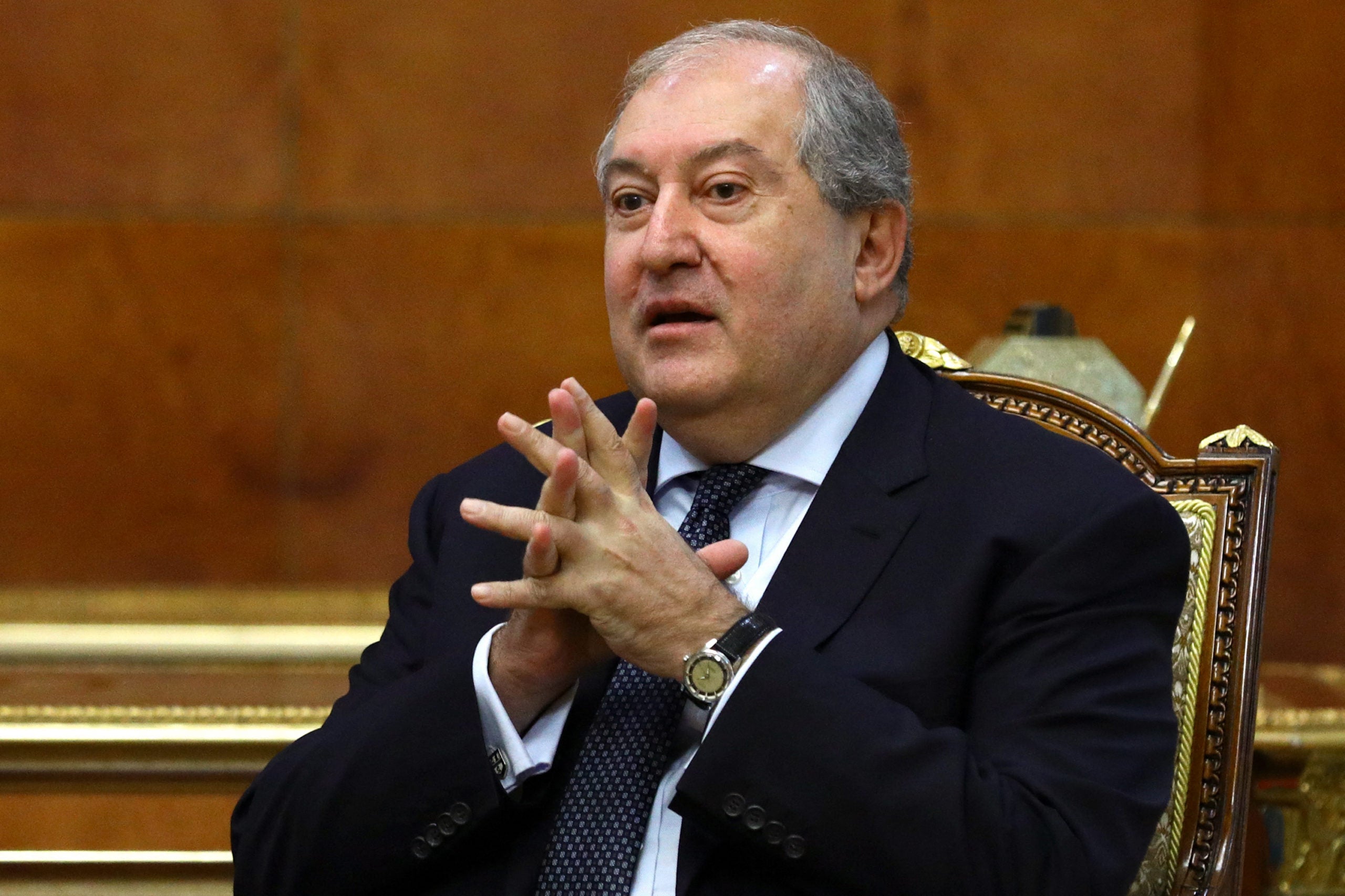 YEREVAN, Armenia — Armenian President Armen Sarkisian on Sunday announced that he was resigning his largely ceremonial position, citing the inability of his office to influence policy during times of national crisis.

The announcement comes on the back of a period instability in the small and economically struggling ex-Soviet Caucasus nation in the wake of a war with its long-standing rival Azerbaijan.

“This is not an emotionally-driven decision and it comes from a specific logic,” Sarkisian said in a statement on his official website.

“The president does not have the necessary tools to influence the important processes of foreign and domestic policy in difficult times for the people and the country,” he said.

At the core of that disagreement was the dismissal of the Armenian military’s chief of staff, and Sarkisian had refused to sign an order from Pashinyan to see him moved, in what was a serious blow to the embattled prime minister.

The out-going president said at the time that the crisis could not be defused through frequent personnel changes.

Sarkisian in his statement late Sunday lashed out at a “reality in which the president cannot veto laws that he believes to be bad for the people and the country”.

He added that various political groups in the landlocked country view the office of the presidency not as a boon to Armenia but as “a danger to them.”

“I hope that eventually the constitutional changes will be implemented and the next president and presidential administration will be able to operate in a more balanced environment,” the statement added.

The war, which left more than 6,000 dead, saw Russian peacekeepers deployed to the disputed mountainous region.

Armenia’s constitution stipulates that the parliament — which is controlled by parties aligned with Pashinyan — should hold a vote to decide the next president within 35 days.

A former physics professor, Armen Sarkisian, was born in 1953 in the capital Yerevan. He served as prime minister between 1996-1997, according to an official biography.

He was Armenia’s ambassador to the United Kingdom at the time he was elected president in March 2018 by the legislature with a large majority.

The announcement of Sarkisian’s resignation comes shortly after a visit to the United Arab Emirates after which his office announcement he would be taking a leave of absence to undergo medical checks, without providing details.

Armenia’s economy has struggled since the Soviet collapse and money sent home by Armenians abroad has aided the construction of schools, churches and other infrastructure projects, including in Nagorno-Karabakh.

Armenia has a large and politically powerful diaspora spread across the world in the wake of Ottoman-era massacres, and is now estimated at 10 million people mostly in Russia, the United States and France.