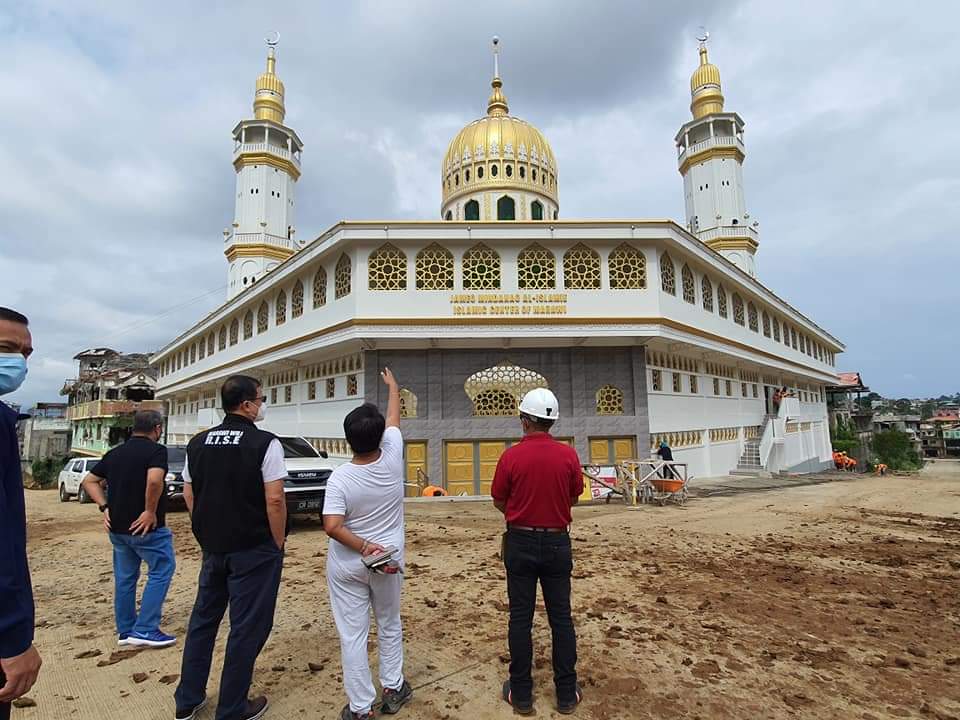 REHABILITATION Local officials inspect the rehabilitated Grand Mosque in Marawi City before it is inaugurated by President Duterte to mark the fourth year of the city’s “liberation” from the control of terror groups. —PHOTO COURTESY OF LANAO DEL SUR INFORMATION OFFICE

Moreno, speaking with Jessica Soho during the presidential interviews aired on GMA-7, said he will fulfill this promise if elected.

Moreno, citing his projects in Manila where he built housing projects on government land, said he will do the same for Marawi City which was left in ruins during the conflict between the military and Islamic State-linked militants in 2017.

“The same rule will be applied to Marawi,” he said.

Secretary of Human Settlements and Urban Development of the Philippines Eduardo Del Rosario said the public infrastructure in Marawi City is 80 percent complete as of September 2021.

Duterte said his administration is “doing its best” to fast track the completion of Malawi rehabilitation.

It was on May 23, 2017, when the Maute group, which has expressed alliance with the Islamic State (IS), raided and occupied Marawi City.

Philippine forces successfully liberated Marawi City by October of the same year, but it came at the loss of lives and infrastructure being destroyed.

The five-month siege led to the death of 168 soldiers and police officers, along with 900 Maute militants, and scores of civilians.