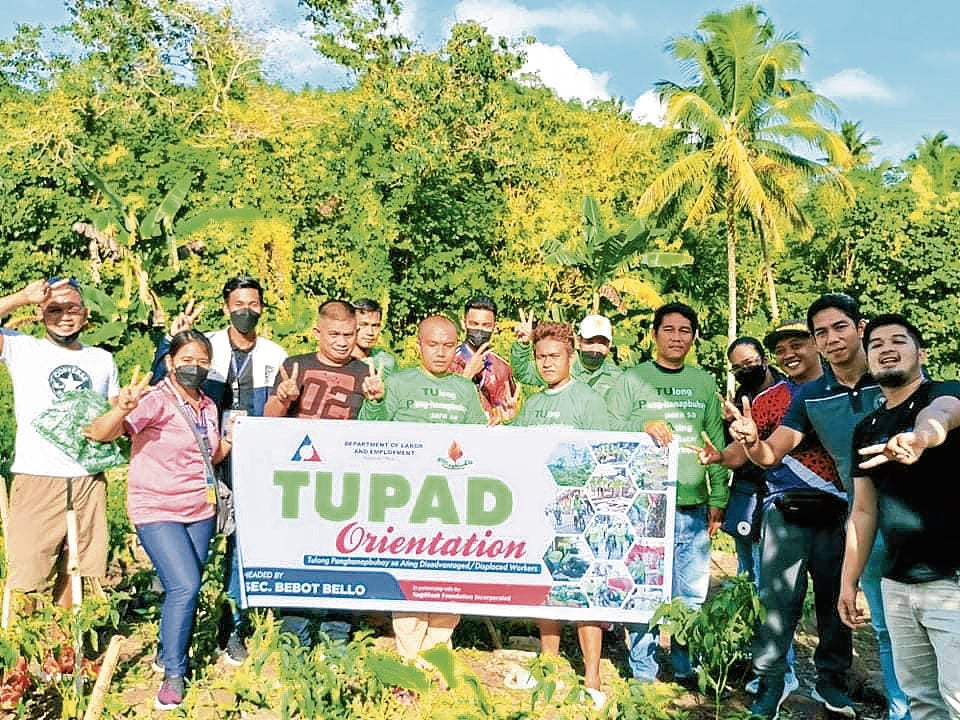 LIFELINE Members of Kasulatan Agri-Fisheries Producers Cooperative in Tipo-Tipo, Basilan province, avail of government aid through the Department of Labor and Employment last year to help them survive the impact of the coronavirus pandemic. —CONTRIBUTED PHOTO

TIPO-TIPO, Basilan —A peculiar morning for Motong Indama involves taking the rounds in a 3-hectare vegetable garden in Baguindan village here, inspecting the condition of the plants and surveying which ones have become mature for harvesting.

Indama leads the Kasulatan Agri-Fisheries Producers Cooperative which is into the growing of eggplants, tomatoes, red bell peppers, string beans and chayote.

Since its establishment two years ago, the cooperative has helped boost food production in the town. But the most important of all, every vegetable grown and sold by its members is a giant step toward eventually subduing the already weakened influence of the extremist Abu Sayyaf group in Basilan province.

Of the cooperative’s 25 members, 18, including Indama, used to be Abu Sayyaf foot soldiers who were lured into banditry at a young age due to the promise of a better life.

Basilan was the cradle of the Abu Sayyaf that was organized in the early 1990s to inject new vigor to the fight for Moro independence. The group, however, degenerated into kidnapping and terrorism. 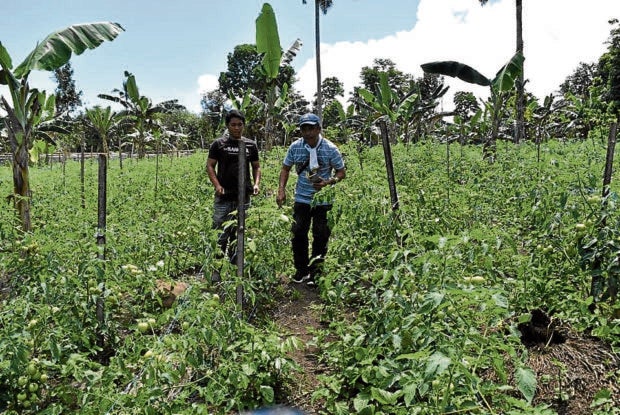 At 16, Indama joined his uncle, Furuji Indama, a known subleader of the group in Basilan, in sowing terror in the province.

After 12 years of hiding in the jungles, he and 30 others—including a 9-year-old boy trained as a sniper—surrendered to authorities in July 2016.

They soon availed of the Program Against Violent Extremism for Peace initiated by then Autonomous Region in Muslim Mindanao Gov. Mujiv Hataman in cooperation with the military, the Basilan provincial government under Gov. Jim Salliman, and the Cagayan de Oro City-based nongovernmental organization Balay Mindanaw.

After the surrender, Indama prioritized his education, completing elementary and high school through the Department of Education’s Alternative Learning System. He is now on his third year of political science studies.

“It’s not easy to start anew; you have to overcome challenges. But I take inspiration from my family, my five children, so we decided to surrender and become farmers,” Indama said in Filipino.

“We studied farming. We learned how to plant, grow and nurture our crops. We have a 3-hectare land and we help each other in farmwork and selling our harvest,” he added.

The Provincial Agriculture Office provided assistance to the cooperative in the form of certified seeds, fertilizer, insecticides and agriculture machinery, and assigned technicians to monitor and train the new farmers.

Today, the cooperative harvests at least 500 kilograms of assorted vegetables every two to three weeks, and these are brought to a marketing assistance hub set up by the provincial government from where the commodities are delivered to public markets in Basilan’s different towns.

Tipo-Tipo Mayor Arkam Istarul sees significant changes in his town after a number of bandits started surrendering and found new pursuits. They have become inspiration for others to abandon banditry, he said.

Tipo-Tipo used to be a haven for local terrorists, making it a launchpad of bloody military operations.

“The barometer of transformation in a community is when you see [that] our markets are the busiest, the absence of armed encounters, and former Abu Sayyaf [members], now productive citizens, engaging in farming and trading of their produce,” Istarul said. 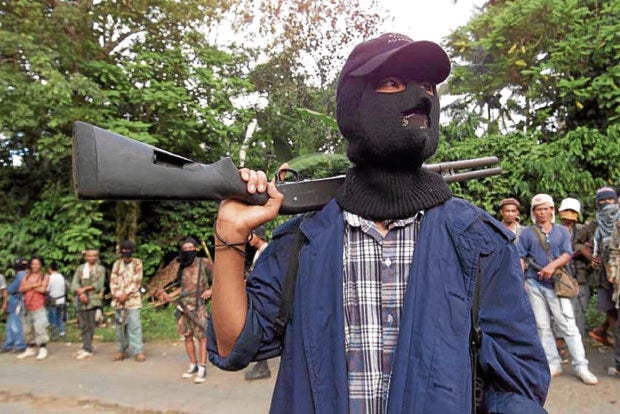 Apart from their farming pursuits, Indama’s cooperative has also supported causes aimed at transforming an aspect of local culture that treats guns as a normal part of community life.

“We didn’t have toys to share. But we have tomatoes and these can supplement their nutrition needs to keep them healthy,” Indama then said.

In a talk, he urged parents who are still fighting the government, to inspire their children to embrace education and join their newly organized farmers’ cooperative.

“Sa ballpen, papel at notebook, may kinabukasan. Sa pagtatanim ng gulay, may pag-asa. Sa baril, mauuwi lang sa pagiging Abu Sayyaf (A ballpoint pen, paper and notebook will secure your future. There is hope in planting vegetables. But guns will only lead you to become Abu Sayyaf bandits),” Indama said.

Gobway noted that since 2016, some 328 Abu Sayyaf fighters surrendered to the government. It helped, he said, that communities were active in reporting the bandits’ presence.

Indama said: “Some of them are still there, some are holding [a] grudge against my actions, but every time we harvest our tomatoes, our bell peppers, we feel great because we have done something good for this province. I suggest, they better surrender so they can enjoy the fruits that we are enjoying.”