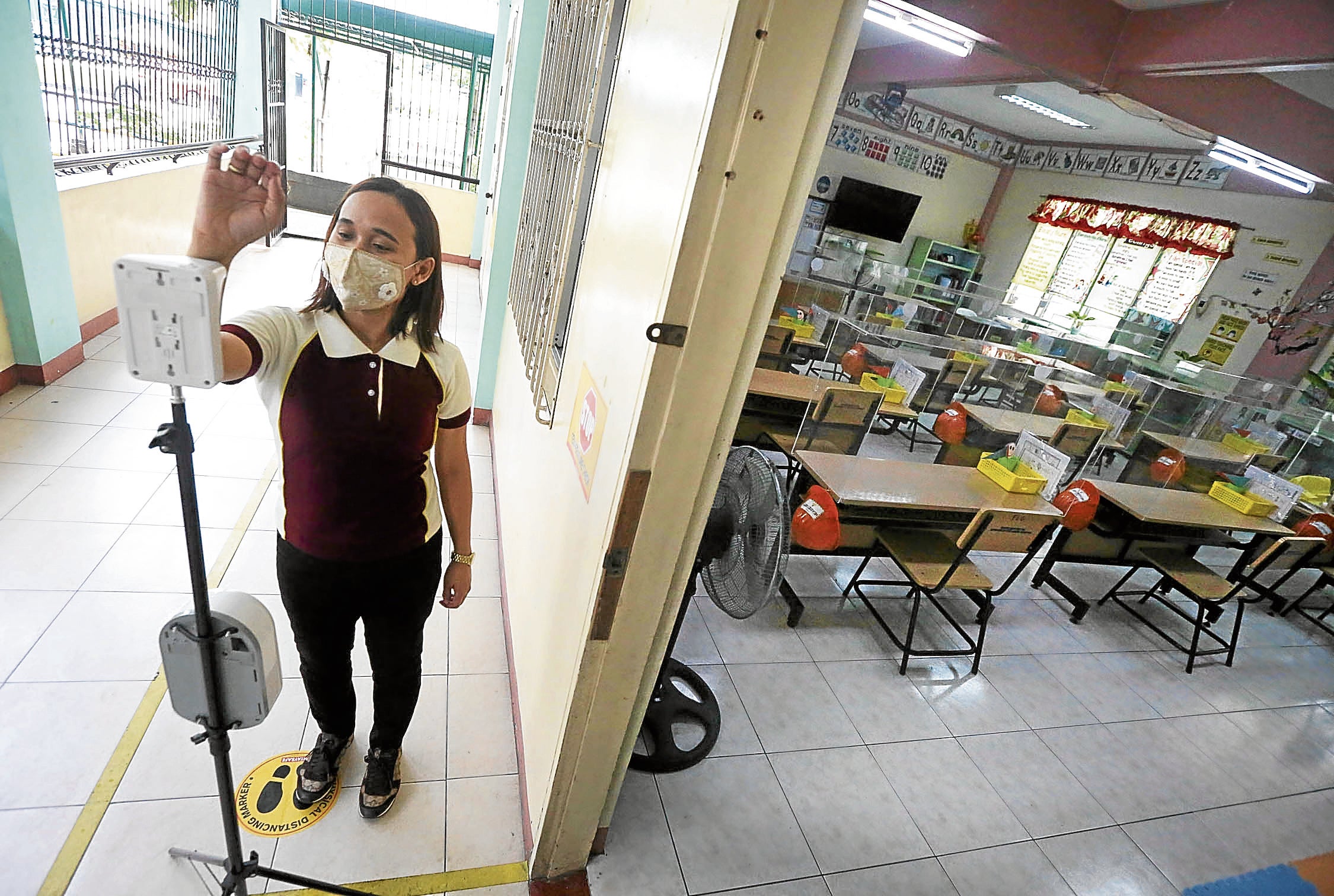 FILE PHOTO: Grade school teachers of Aurora Quezon Elementary school in Manila demonstrate how a face to face class would look like amid the pandemic, with plastic barriers separating each armchair from one another and teachers wearing PPE during class. INQUIRER/MARIANNE BERMUDEZ

MANILA, Philippines—Earlier this week, the Department of Education (DepEd) unveiled the positive outcome of the pilot implementation of face-to-face classes amid the COVID pandemic.

“First, I want to report that the pilot face-to-face [classes were] highly successful,” said Briones.

Briones said 287 schools across the country participated in the pilot run of limited in-person classes.

However, while the pilot run had promising results, a youth group has identified several key gaps and challenges in the face-to-face classes.

The good and the gaps

According to Briones, students, teachers and parents who participated in the pilot run reported a “high level of feeling of safety” despite the ongoing pandemic due to SARS-CoV-2, the virus that causes COVID-19.

The education secretary likewise said students and parents had “high satisfaction levels” in the implementation of health and safety protocols.

This positive reception was seen by the DepEd as a reason for a “high level of confidence” to expand and continue limited physical classes.

READ: DepEd says expansion of face-to-face classes to push through next year

But the simultaneous special monitoring conducted by CYAN and G-Watch as part of its Multiply-Ed (X-Ed) project has revealed some gaps in the government’s pilot run of face-to-face classes.

“Multiply-Ed’s monitoring initiative is an independent civil society assessment of the readiness of public schools for face-to-face classes and aims to provide appropriate recommendations to make the public education system adapt to the new normal amid, and after, the COVID-19 pandemic,” CYAN said.

The special monitoring teams visited 16 schools—all of which participated in the pilot run—in 12 municipalities in Luzon, Visayas and Mindanao to conduct a documentary review, physical inspection from Dec. 5 to 17 last year. 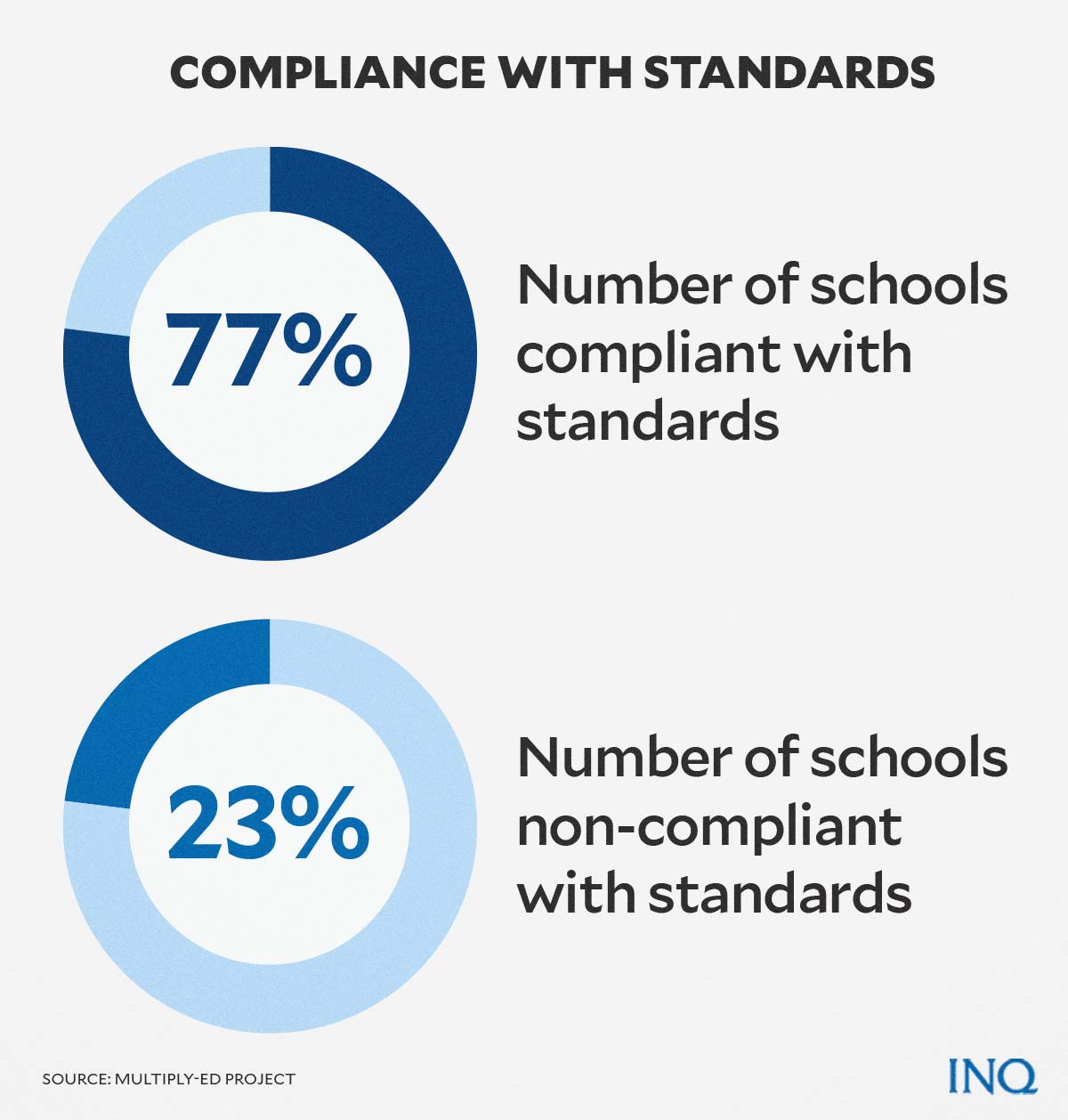 They also interviewed 32 students and 18 teachers from the selected schools who were part of the pilot run.

According to CYAN, the X-Ed project followed “a monitoring tool that checks compliance with standards for the pilot run of  face-to-face classes, based on DepEd’s own guidelines.”

The independent monitoring initiative has checked compliance or non-compliance with the following standards:

Results showed that the schools monitored under the X-Ed project had general compliance (around 93 percent to 99 percent) with standards for face-to-face classes. 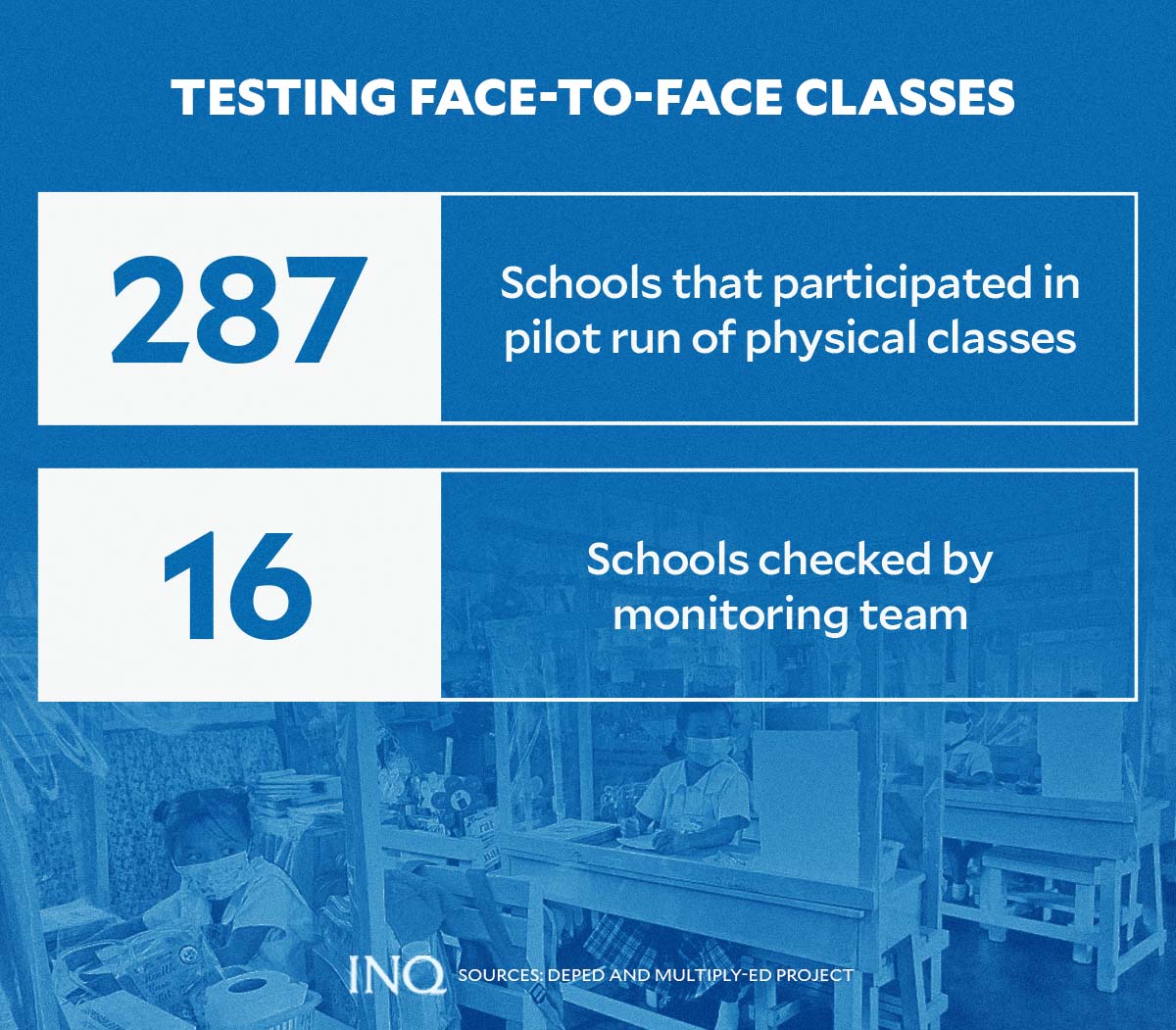 However, reports of non-compliance, “with some high cases of overall non-compliance meriting closer attention,” were also discovered by the CYAN and G-Watch special monitoring teams.

The organizations found non-compliance in 16 out of 70 standards for face-to-face classes included in the monitoring tool.

Among the standards which had low compliance rates or with the highest incidences of non-compliance include:

The CYAN and G-Watch, with the gaps in the limited face-to-face classes reported in their special monitoring, said further assessment is needed in determining whether the pilot run was truly “highly successful.” 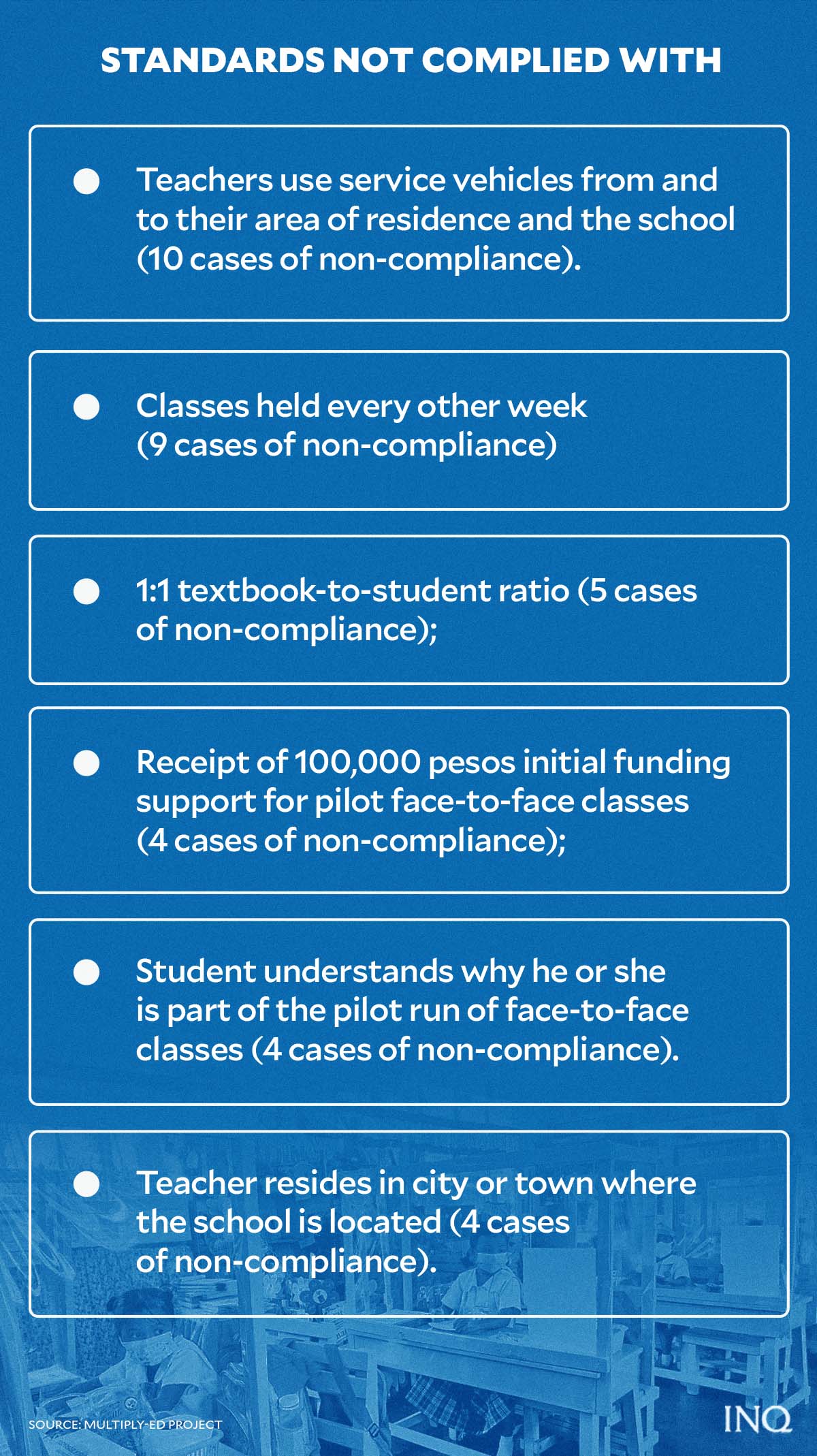 Both organizations noted that various factors might have driven cases of non-compliance, including the short preparation time for face-to-face classes, delayed budget releases, and unresolved issues in the education sector, among others.

“It’s hard to define the pilot F2F classes as ‘highly successful at this point because there are still lapses and rooms for improvement,”  said G-Watch convener-director Joy Aceron.

“Based on the monitoring, there are still challenges that F2F classes face if the F2F standards are applied universally on all schools or even just on expanded F2F classes,” Aceron continued.

“These challenges must be addressed,” she added.