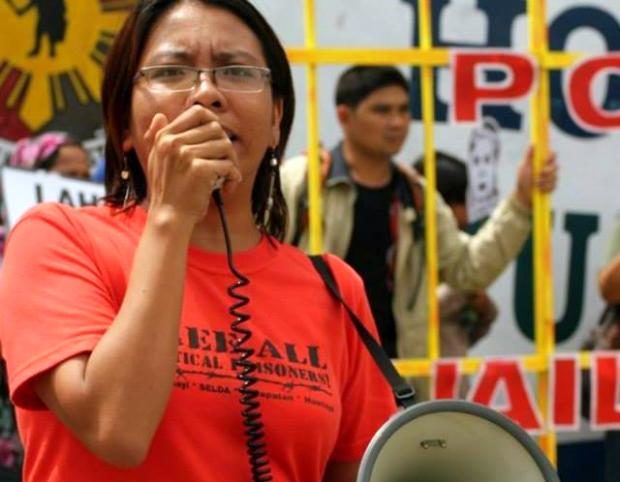 MANILA, Philippines — A rights group condemned Davao City Mayor Sara Duterte-Carpio’s proposal to make military service for people aged 18 and above mandatory, saying that it might be a violation of basic civil and political rights.

In a statement on Thursday, Karapatan secretary general Cristina Palabay said that they are wary about such proposals, as it may be an avenue to “forced labor.”

“Mandatory military service or conscription, especially with the current prevalent repressive military institutions that we have, will not only bring about involuntary servitude or forced labor,” Palabay said.

“It violates basic civil and political rights such as the right to freedom of thought, beliefs, and conscience, especially if you are forced to provide service or fight in unjust wars or repressive endeavors of the State,” she added.

The possibility of mandatory military service for legal age Filipinos grabbed headlines after Duterte-Carpio said that she would push for this proposal, if she wins in the 2022 vice presidential race.  According to the Davao Mayor, she would use her office — the Office of the Vice President — to urge Congress to pass a legislation that would formalize her suggestion.

“We see this in other countries like South Korea and Israel. It should not just be like ROTC [Reserved Officers’ Training Corp’ where it’s just one subject or one weekend or a month in a year,” Duterte-Carpio, said, speaking in a mix of English and Filipino during the Manila Virtual Caravan.

But Duterte-Carpio’s proposal has already encountered criticisms from other sectors including fellow vice presidential bet and Rep. Lito Atienza, who said that it is a step in the wrong direction.

Defense Secretary Delfin Lorenzana meanwhile said that while the local chief executive’s proposal was laudable, he said that realistically, there would be huge hurdles in implementing such a measure especially since the Philippines is “not on war footing”.

READ: Atienza says no to mandatory military training: It’s a ‘step in the wrong direction’

Palabay stressed that such a policy may result in “tortures, arbitrary arrests and detention, and other human rights violations”, given that such issues have also popped up in countries where military service is mandatory.

“Furthermore, conscription violates the right to conscientious objection to military service — which is recognized by the United Nations Human Rights Council as a legitimate exercise of the right to freedom of thought, conscience and religion, as laid down in the Universal Declaration of Human Rights and the International Covenant on Civil and Political Rights,” she explained.

“Harnessing citizens’ civic duty to their country and the people is best promoted not through such draconian measures but through promotion of human and people’s rights through education and various activities and by upholding governance that addresses the roots of poverty and injustice, enjoins and inspires the defense of our sovereignty and territorial integrity, and caters to the well-being and welfare of the people,” she added.

Currently, military training is no longer required for college students, as Republic Act No. 9163 or the National Service Training Program (NSTP) Act of 2001 has made it optional.

The calls to abolish military training came after a University of Santo Tomas college student died in 2021 after exposing corruption regarding the training program.