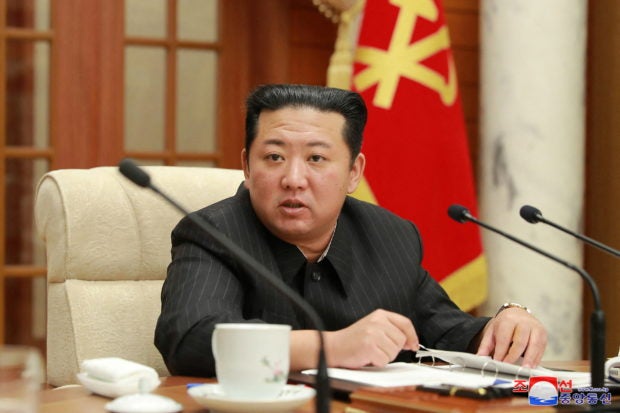 SEOUL  – North Korea would bolster its defences against the United States and consider restarting “all temporally-suspended activities,” state media KCNA reported Thursday, an apparent reference to a self-imposed moratorium on testing its nuclear bombs and long-range missiles.

Tension has been rising h over a recent series of North Korea missile tests. A U.S. push for fresh sanctions was followed by heated reaction from Pyongyang, raising the spectre of a return to the period of so-called “fire and fury threats of 2017.

Washington’s policy and military threats had “reached a danger line,” it said, citing joint U.S.-South Korea military exercises, the deployment of cutting-edge U.S. strategic weapons in the region, and the implementation of independent and U.N. sanctions.

The politburo ordered a reconsideration of trust-building measures and “promptly examining the issue of restarting all temporally-suspended activities,” while calling for “immediately bolstering more powerful physical means,” KCNA said.

“We should make more thorough preparation for a long-term confrontation with the U.S. imperialists,” it said.

The U.S. State Department and White House did not immediately respond to a request for comment.

North Korea has not tested its longest-range intercontinental ballistic missiles (ICBMs) or nuclear weapons since 2017, amid a flurry of diplomacy with Washington after the North test fired a ballistic missile capable of striking the U.S. mainland.

But it began testing a range of new short-range ballistic missiles (SRBMs) after denuclearisation talks stalled and slipped back into a standoff following a failed summit in 2019.

Pyongyang has defended the missile launches as its sovereign right to self-defence and accused Washington of applying double standards over weapons tests.